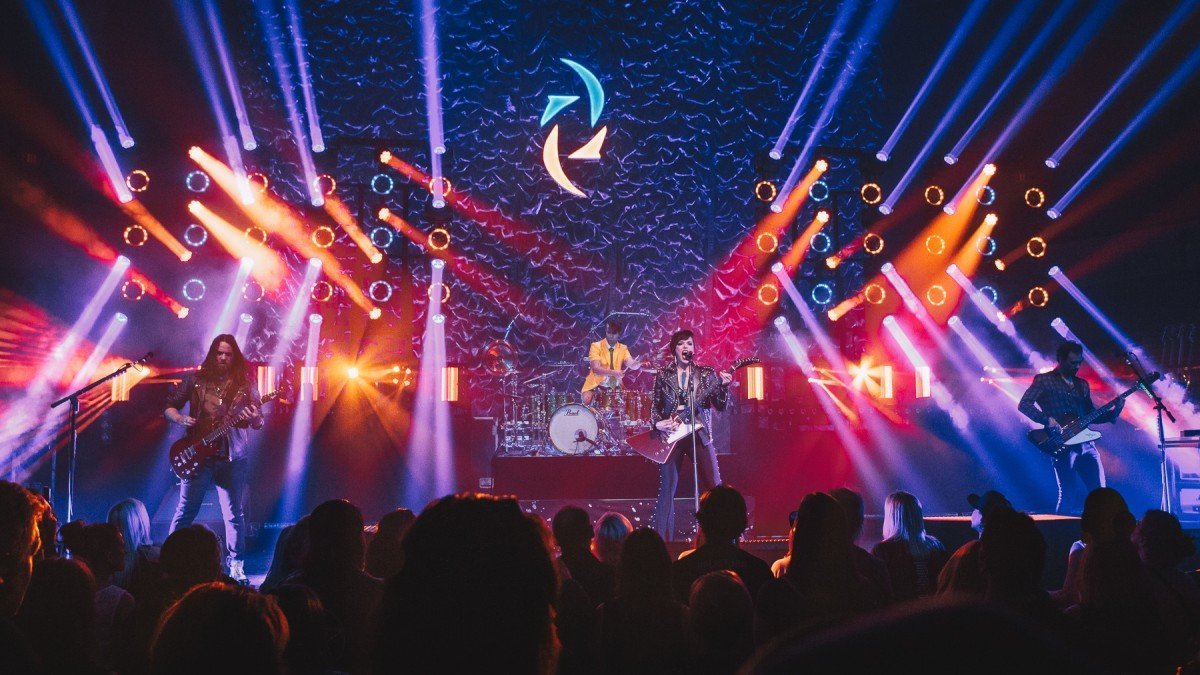 Tonights venue was an christened with its first ever rock show. The orchestra-type hall was completely seated, however, this did not hinder the feisty American rockers Halestorm as the fans shot up out their seats when lead singer Lzzy Hale stormed the stage, opening the set with ‘I Am The Fire‘ with her double neck Gibson electric guitar.

Lzzy took a moment to address the fans asking for their response on how they felt to be there and without any hesitation the room erupted with applause to then being asked to “boo” if they were not enjoying it and not a single person made a sound. The ice was firmly broken and Halestorm were just getting started.

With four albums under their belt, every song chosen from their catalog had its unique style such as the slower paced ‘Familiar Taste of Poison’ which Lzzy showed off her extremely powerful vocals and was made into a medley with ‘Amen’. The show then became a more intimate setting with lead guitarist Joe Hottinger whipping out the acoustic guitar and sitting on the front of the stage with Lzzy as they started to play ‘The Silence’.

Shortly after the crowd was beautifully serenaded, it was time for the limelight to be on Lzzy’s younger brother, Arejay, on the drums. He performed an epic drum solo and showed off his comedically oversized sticks to the crowd before pummelling the kit with them.

After thirteen songs, Halestorm left the stage with the fans still wanting more as they chanted their name. Sure enough the band came back on to perform three of their biggest hits all from the 2009 album ‘The Strange Case Of…’.