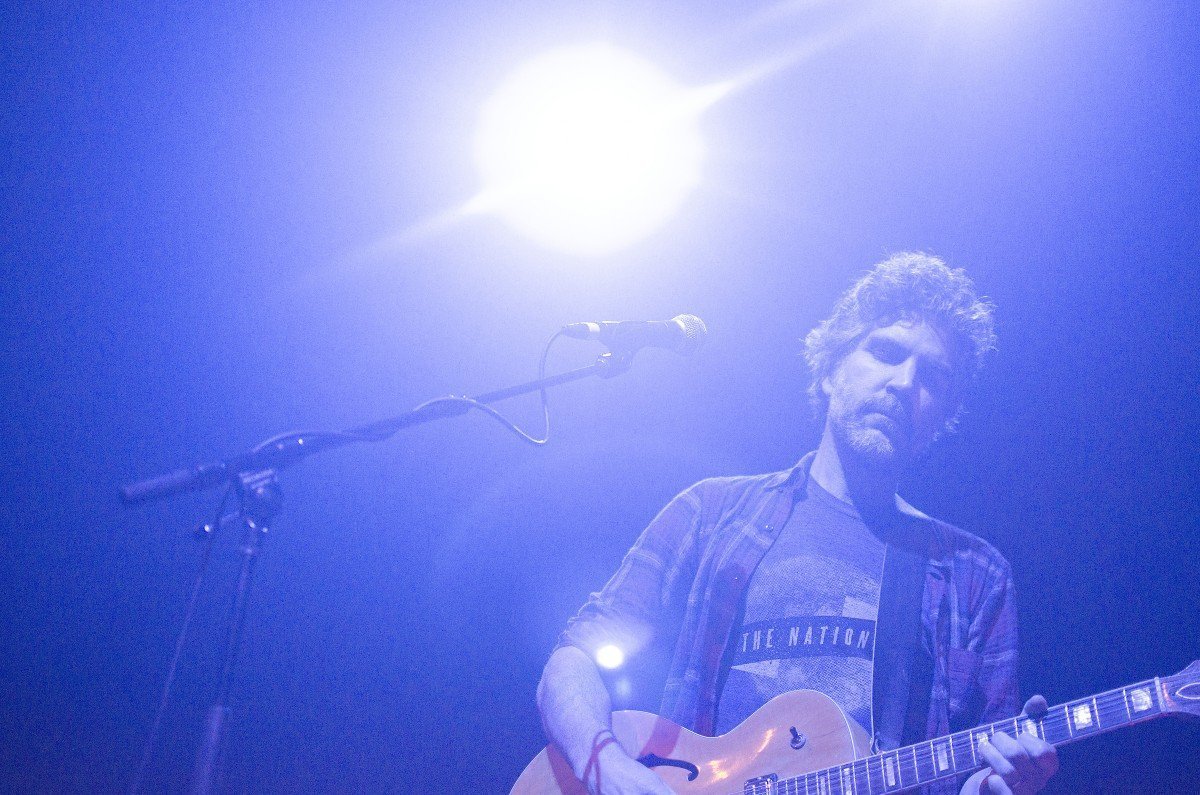 This was my first show at an intimate venue in a some time, and I couldn’t have been happier. Calgary’s Samantha Savage Smith’s songs were airy and upbeat, which means I’ve definitely found myself some new studying/cruising tunes. Female fronted bands aren’t carried on their fair share of bills, and Savage Smith was a great selection to contrast up with VanGaalen and Hayden’s masculine vibes, setting the bar high for the evening’s journey.

I’ve been waiting to see Chad VanGaalen for years now, and Saturday’s taste had me wanting more. Perhaps it was all the buildup for me, but the set felt a bit short and I wish I could have floating in his vibe for longer. True to how I imagined it, VanGaalen played a few old favourites as well as new songs, told stories of sleeping in his modified van, joked about defecating out of his feet while he slept, and sang an ode to the power of solid souls who care for his children while he is on the road. The Bleach Wipes, consisting of Ryan Bourne on bass/keyboard/vocals, and Chris Dadge on drums  backed VanGaalen, as well as Savage Smith earlier on in the night.  Chad only comes to town once and awhile, but I’d love to see him again soon – ideally in a stage-free environment where the crowd can be on the same level with the psych-folk master.

Hayden was hands down, just amazing. I’ve listened to the main man’s work casually over the last 8 years, and was pleased to see that he would be playing after VanGaalen – but I couldn’t get over how well his sound presented in person. With a solid backing band consisting of  Taylor Knox on drums/bass/vocals, JJ Ipsen on guitar/keyboard/vocals and Jay McCarrol on bass/drums/vocals, the sound was lush and hypnotic. Recorded Hayden is good, live Hayden is something that just needs to be experienced. The set had the feel of a friendly jam session, the fellas joking about the Big Lebowski/dateability of McCarrol, playing accidental electronic versions of typically acoustic songs, along with a mild electrocution for Knox as he was jolted thanks to playing his drums with too much radness (or one could blame the red christmas lights shattered, sending electricity through his kit and mic – whichever you prefer). Hayden ended with a couple of singalongs which was appreciated by the crowd of long-time fans.

As a bit of an aside, has anyone ever noticed how good the Imperial smells? It was my first time at the venue but I couldn’t get over the difference from your typical site which seems to imbed the stench of old liquor on your clothes. Instead, I left in a soft cloud of white musk and jasmine. This gal would like to give a high five for whoever is responsible for helping my car smell hella fresh.