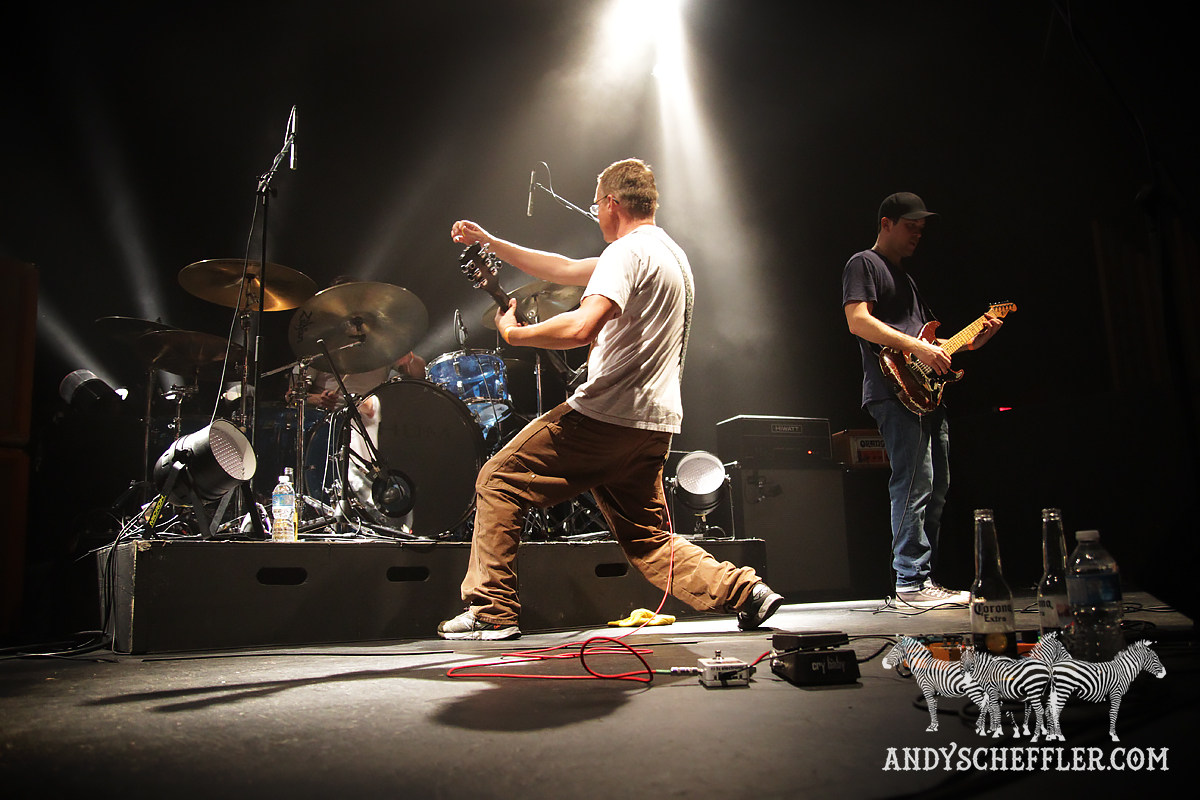 A well-anticipated show, Hum and Mineral co-headlined this show in Vancouver. We can count ourselves as mighty lucky, as Hum has only played a handful of dates around North America on this tour, their first outing in a few years. Only six of these shows would be co-headlined by Mineral. While Hum was clearly the big draw of the night, Mineral hauled in their fair share of a crowd. Thoroughly-appropriate local openers Sevens Nines and Tens unfortunately went on earlier than the announced show start of 9pm, so I can’t weigh in on them here – they were tearing down as I walked into the room at exactly 9:02. The audience was heavily stocked with hoodies and jean jackets, and I realized I was no exception… I don’t know a whole lot about either of the two headliners, other than the cursory knowledge that I am quite fond of Hum. Mineral was basically going to be all new to me, and fans of either tend to be pretty intense about their love for the bands.

Mineral was on first, and were very impressive. I feel the live set differed in tone than much of the recorded material I have listened to over the last week, with an almost gentle drone, bringing to mind something like Red Stars Theory. The sets were minimally backlit – the Rickshaw standard – which rather fit the mood of the show as well. Hum came on after with much more drama and volume.The crowd flung song suggestions towards the stage, which singer Matt Talbott took in stride, sometimes even pointing out where int he set that song would be played. After a couple songs, he flung off his Adventure Time beanie, and later referenced the funny-in-hindsight last time they headed for Vancouver, when they crashed their tour van into a police station. Near the end of the set, they decided to just go right into the encore portion of the evening, to save some time. Folks seemed good and pleased here tonight, sticking around after the show to bring posters and records up to the stage to get signed or talk to the bands.