Lucy Wainwright Roche began the evening with her grounded, clear folk. As the daughter of acclaimed singer-songwriters Loudon Wainwright III and Suzzy Roche, she was a fitting choice of opener; the harmony-driven vocal group The Roches (Suzzy Roche, with her two sisters Maggie and Terre) was a major early influence for the Indigo Girls. Roche was refreshingly direct, with a good-spirited, deadpan sense of humor. Her voice had a steady clarity, and her songs were simple and stripped-back. While Roche’s unadorned approach is a strength, there is room for her to find some further vocal and musical nuance. Nevertheless, her approach worked beautifully on her somber cover of Robyn’s EDM hit “Call Your Girlfriend,” and her own songs such as “The Worst Part” and “Open Season” were affecting. Roche joined the Indigo Girls at various points throughout the concert, contributing adept harmonies, as well as a gorgeous solo during Hammond Song (The Roches cover). 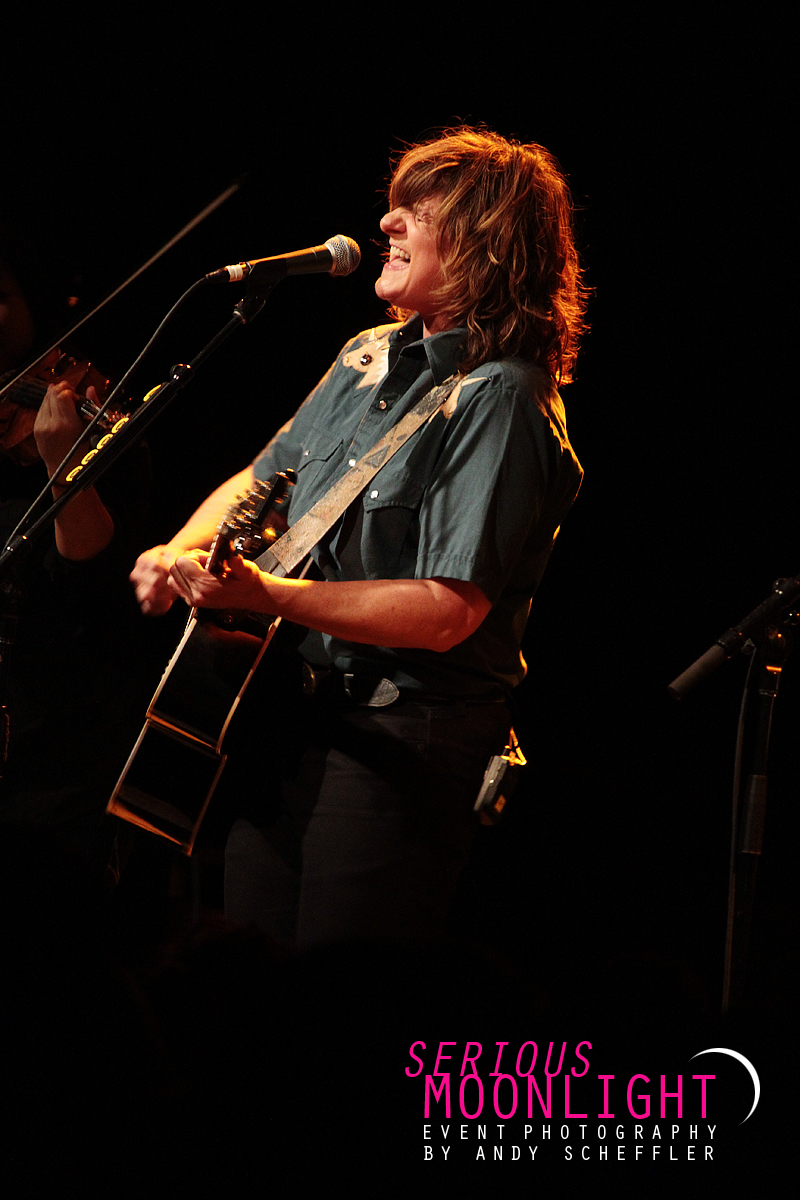 The atmosphere in the Commodore Ballroom as the Indigo Girls (folk/ rock duo Amy Ray and Emily Saliers) took to the stage was lovely; the crowd was respectful, warm and appreciative. The Indigo Girls were equally so, and after decades of touring, they perform as consummate professionals. Except for a few comments about the state of American electoral politics (“shit’s going down in the US”) and Saliers’ sweetly Southern “thanks y’all” after most songs, neither Ray nor Saliers were overly chatty with the crowd, preferring instead to let their music do the talking. The multi-talented Jordan Brooke Hamlin (who is also their producer) joined them on backing vocals and instruments ranging from clarinet to dulcimer. Lyris Hung, who plays violin for the metal band Hung, put her all into her numerous solos.

Ray’s voice was commanding from the beginning of the show, strong and low with a gravel edge. Saliers seemed to take a moment longer to settle into her stride, but her higher, expressive voice complimented Ray’s, and allowed for the braided harmonies that have rightly become the Indigo Girls’ calling card. Both Ray and Saliers brimmed with an unassuming, quiet enthusiasm as they performed. 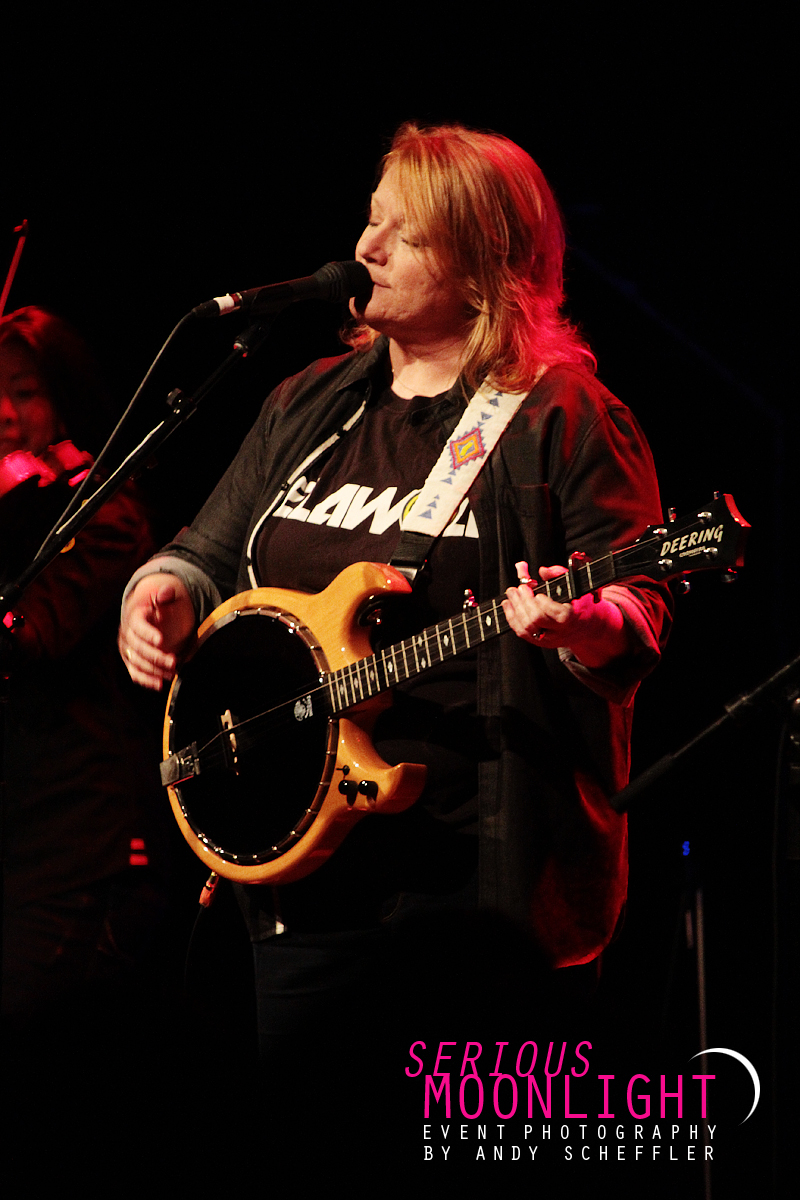 While the Indigo Girls released their album One Lost Day recently – June 2015—, much of their set on Friday was made up of older songs. They kicked things off with the fiery, political rocker “Shame On You.” Standouts included the triumphant “Land of Canaan” from Strange Fire, an eerily interesting performance of “Sister” from Come On Now Social, and the aching, romantic “Share The Moon” from Beauty Queen Sister. The Indigo Girls’ harmonies shone on songs such as “Devotion” and “The Wood Song.” “Reunion” from Swamp Ophelia was a strong example of Ray’s passionate, personal songwriting: “All you pretty pretenders/ negligent vendors/ Aren’t you precious inside?/ I have no need for anger/ with intimate strangers and/ I got nothin’ to hide.” However, the real highlights of the evening came with two of the Indigo Girls biggest hits, “Galileo” and “Closer To Fine,” during which the dedicated audience sang along joyfully. 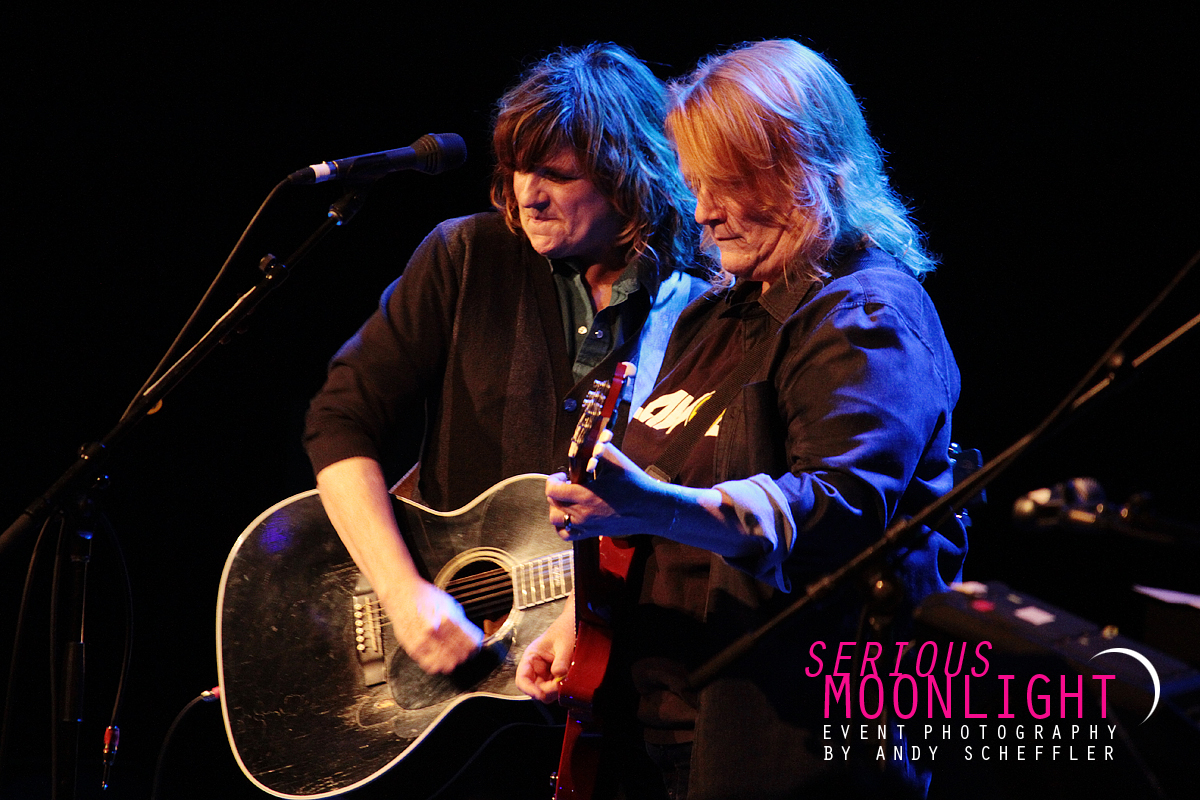 Ray and Saliers have earned themselves a reputation for activism throughout their careers, and often sing about political and environmental issues. While time has lent qualities of precision and restraint to their live performance, it has not dampened their passion nor their relevance. The Indigo Girls delivered a solid night of impressive harmonies and heartfelt songs.

Setlist:
Shame On You
Get Out The Map
Strange Fire
Love’s Recovery
Fishtails
Learned It On Me
Reunion
Crazy Game
Ozilline
Hammer And A Nail
Share The Moon
The Wood Song
Happy In The Sorrow Key
Love Will Come To You
Hammond Song (The Roches cover)
Sister
I Believe In Love
Devotion
Leeds
Land of Canaan
Galileo