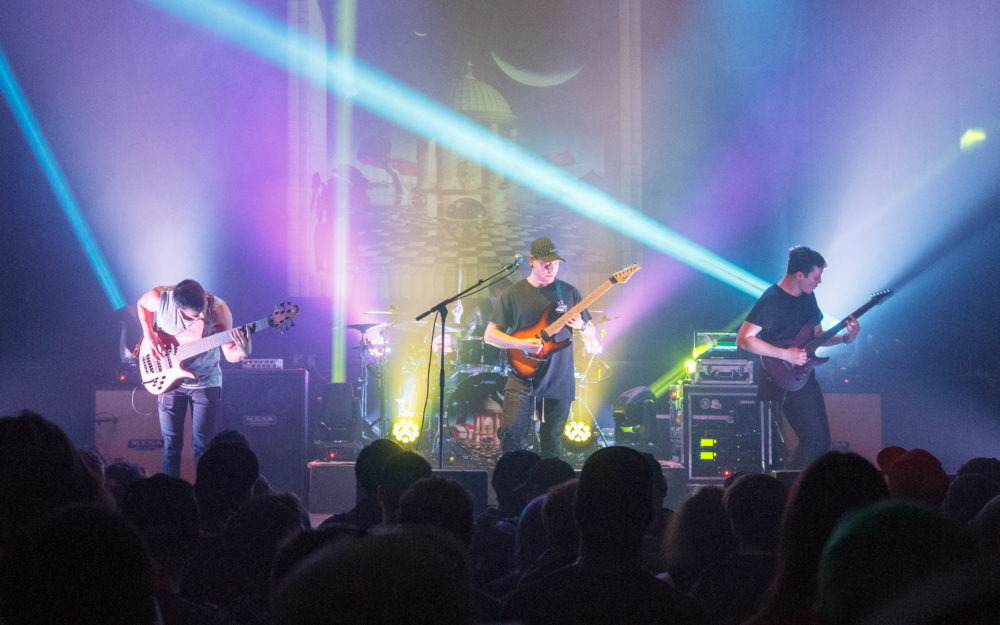 If you are a musician then this was one you did not want to miss. Each act had extremely intricate instrumentation, whether it was guitars, drums or bass. The entire show consisted of three instrumental acts. Unfortunately Night Verses were held up at the border and unable to make it.

First off was Canadian guitar wizard Nick Johnston, with his long curly hair and 70’s style Schecter strat. Alongside him was bassist Jacob Umansky, who also plays for Intervals, with his 5 string bass. The band played through Nick’s atomic rock and spacey songs.

Next up was the insanely talented duo, Jason Richardson with drummer Luke Holland. Both musicians are highly renowned for their solo works, Jason touring his second album ‘I’ and Luke Holland being a Youtube drumming phenomenon and played in several bands. Even with backing vocal tracks for songs such as ‘Retrograde’ featuring Periphery’s Spencer Sotelo, Jason blasted through the lighting speed solos with ease and got the crowd circling around the room. It was very fun to see how well these two got on with occasional jokes between songs. Toward the end of the set the duo locked eyes whilst showing off their abilities to play ‘Mirrors’ without looking.

Headliners Intervals rounded off the night with songs from all six of their albums. Lead guitarist Aaron Marshall, another fellow Canadian, brought out all the happy riffs such as ‘Libra’ with a gleaming smile as he nailed the solos. The rhythm section featuring drummer Nathan Bulla and bassist Jacob Umanksy gave a fat backing to the progressive melodies.

At the end of the show all three acts joined each other on stage for an improv jam which was truly a guitar shredding extravaganza.