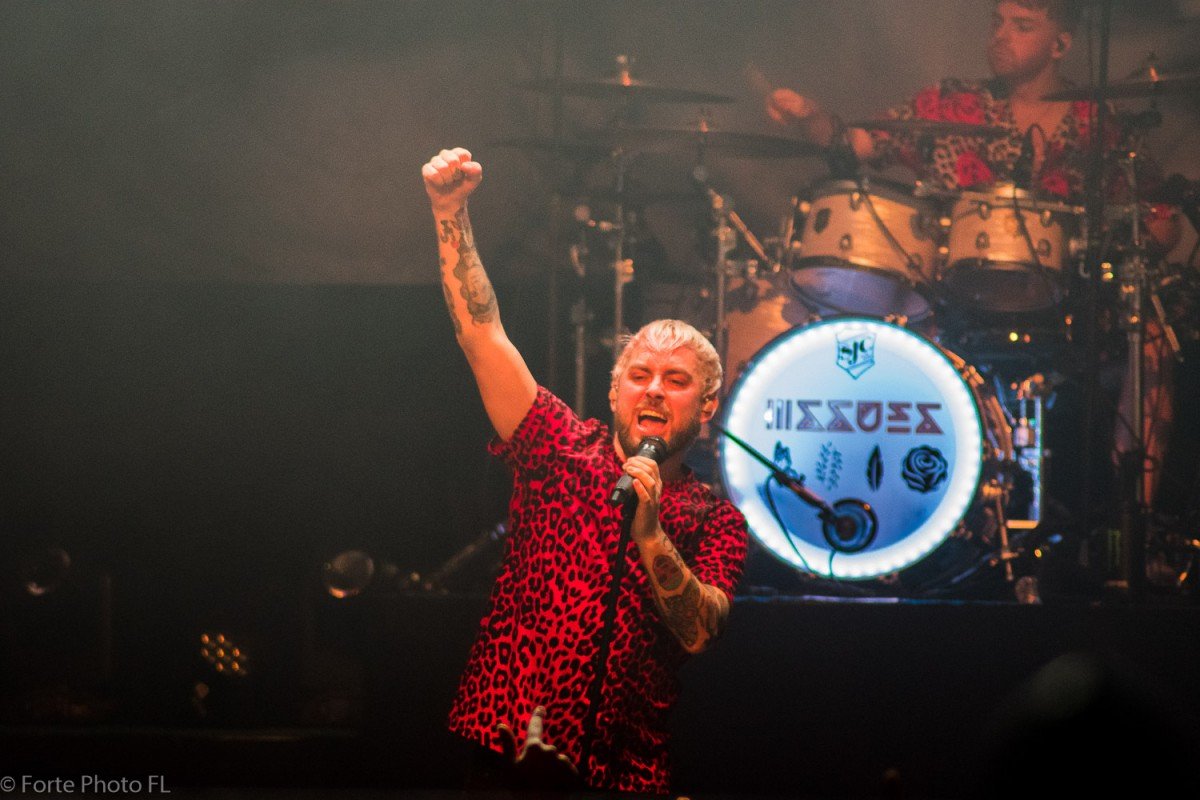 American metalcore band Issues poured every last bit of energy into their performance Sunday as they wrapped up six weeks of the Beautiful Oblivion tour.

The fluid, genre-defying funk that’s become the hallmark of the Atlanta-based rockers instantly drew a strong reaction from the packed out House of Blues Orlando. Frontman Tyler Carter pogoed around the stage on fluorescent green sneakers to kick off the set with “Here’s to You,” the opening track from the Atlanta quartet’s third LP, Beautiful Oblivion.

The crowd returned the energy, singing along like they’ve been bumping Beautiful Oblivion for years instead of the album’s October release. As the set list veered from new tracks into the fan favorites, guitarist AJ Rebellow expertly mixed airy, Los Lobos-inspired riffs with post-hardcore growls. Drummer Josh Manuel kicked the punk influence into high gear with standout tracks like “Never Lose Your Flames” from the Issues debut album.

The audience kept pace over 18 songs, as Issues demonstrated time and again why they were voted one of the “22 Artists Shaping the Future of Rock” by Kerrang! with their potent blend of jazz-infused rock. That unique sound was perfectly embodied in the encore performance of “Mad at Myself.”

Supporting act Polyphia whet the crowd’s appetite for slick, groovy metal with their own mix of instrumental goodness. Hyping up a crowd without a vocalist takes talent, but Polyphia was up to the task. Bassist Clay Gober and guitarist Scott LePage took turns playfully goading the crowd into engagement, including pausing the show until 50 crowd surfers filled the pit. They answered, hoisting people onto shoulders until a sea of legs and arms bobbed along to Polyphia’s brand of thick beats.

Launching the show was the enigmatic Sleep Token, the UK-based band experiencing a breakout year with their first full album dropping just a few weeks ago. While they emerged masked and cloaked, their passionate, dark rock was anything but muffled. Led by the lithe, sinuous singer known only as Vessel, Sleep Token led its devotees through what fans call worship over six songs.