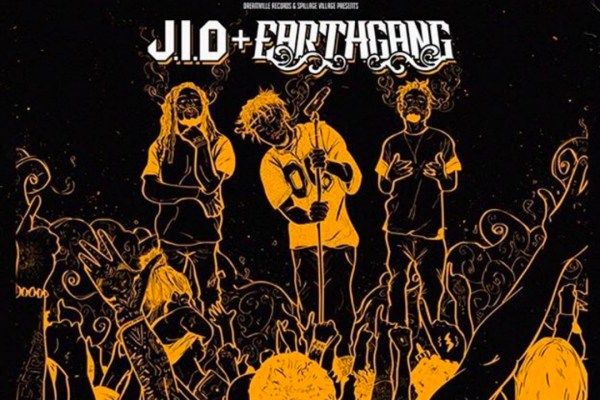 One of the most prestigious and yet most common forms of praise that are bandied around in the hip-hop community is that MC so-and-so (generally a non-mainstream, relatively-unheralded rapper) is “your favourite rappers favourite rapper”. I do not believe this title properly captures the talent and raw potential of the young, upstart Dreamville-signee, J.I.D.

If your favourite rapper has any sense at all, J.I.D should be his biggest fear.

While J.I.D, aged 27, is not a young man by rap standards, the progression his music has shown over a relatively short period of time suggests an incredible raw talent that very few rappers possess. J.I.D has released some of the best new hip-hop of 2017, featuring vivid and personal lyrical themes, wild flows that remind me of a hybrid between Lil’ Wayne’s tongue-in-cheek delivery and Jay-Z’s uniquely smooth and conversational Big Pimpin’-era style of rapping, along with a singing voice that puts most sing-song rappers to shame. In spite of all these stand-out qualities, the most striking aspect of his music is the seemingly obvious sense that, as great as his current catalogue is, J.I.D has just barely begun to scratch the surface of his abilities.

The NEVER HAD SH!T tour, featuring a double-billing of the Atlanta rap duo EarthGang and J.I.D, came to an end on March 10th, 2018, but not before the lucky folks who squeezed into Fortune Sound Club were dazzled by the three talented rappers.

The night began around 8:00, with the EarthGang two taking the stage and playing hot-potato with the mic throughout a hyped-up set which featured just the right amount of audience interaction, including call and answers and, far more excitingly, an entire song during which the two rappers walked their way through the crowd. After a fun set that lasted about an hour and fifteen minutes, J.I.D finally took the stage. He played the vast majority of his debut album, The Never Story, as well as a few songs on which he is featured, including EarthGang’s “Meditate”, during which the EarthGang boys came back on stage and spat their verses flawlessly.

J.I.D put on a truly impressive show – he rapped with no backing vocal track, something which is exceedingly rare in hip-hop; his voice was unwavering and better in person than on the record; and, most amazingly, he often spit whole verses acapella and in double-time. Everyone in the club was dancing and throwing their weight around like women and men possessed. I can say, with confidence, that several people at the show rapped every single word that J.I.D spat – besides a long, galloping freestyle which left spectators grasping at their hair and wondering how on earth he just did that.

Earthgang put on a fantastic show, too, and I will definitely see them next time they roll through town. If by that time, they are still J.I.D’s opening act, I suspect I will get to see them in a sold-out stadium.

J.I.D expressed a bit of sadness at the tour coming to an end:

Damn ok, kinda Bitter sweet, this is the last show of #TheNeverHadShitTour and the anniversary of #TheNeverstory
Vancouver
I’m in you??
Last show

The official EarthGang account, on the other hand, seemed to understand the needs and wants of the average Vancouverite on a truly experiential level:

And isn’t that the beauty of hip-hop? When we just can’t find the right words, our hip-hop heroes just tend to spell things out perfectly.