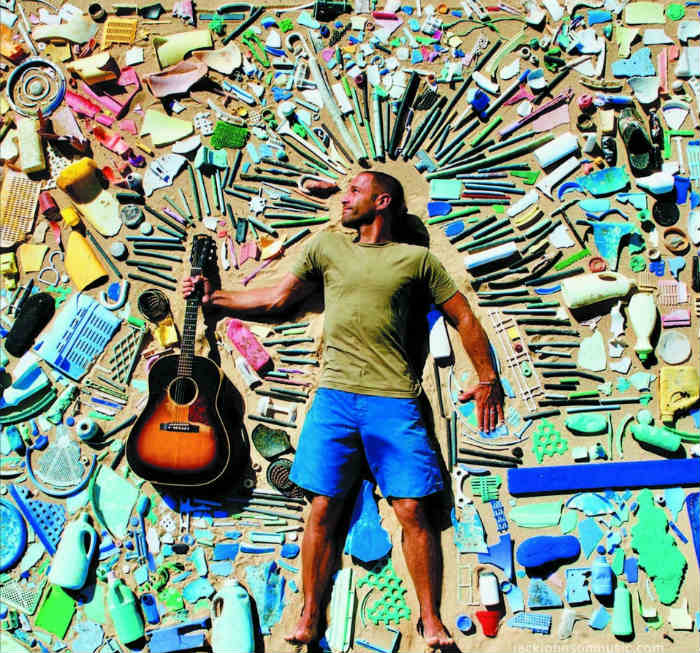 June at the Budweiser Stage, formerly the Molson Canadian Amphitheatre, in Toronto is a wonderful thing. Days are long, the sunsets are gorgeous and it’s not yet so humid that you wish you were inside. I could not think of a better way to kick off summer than a Jack Johnson show with one of my best friends.

Months ago we decided to treat ourselves to the best seats we could get. We were lucky enough to land “VIP” tickets through the Ticketmaster lottery – this meant that we were in the “pit,” a general admission (GA) area at the very front of the stage. We watched the opener, Bahamas from the lawn before making our way to the pit just as people were leaving the pit to refill beverages and use washrooms. It’s the perfect time at any GA show to easily shuffle yourself close to the stage. And that’s exactly what we did. We went around the outside of the crowd to the far left side and then zigzagged our way to centrer stage, standing just behind the fence. Amazing. To make sure we didn’t need to leave this spot at any time before the show ended, we kept water intake to a minimum. While we waited for Jack, we enjoyed the sunset, overhead music, chatted about life and listened to various conversations around us (it’s fairly hard not to overhear what a group of tall, white, drunk men have to say). The entire venue was buzzing with excitement as thousands of fans waited for Jack Johnson and his band to appear.

Having been to a few concerts in my lifetime, I guessed that Jack Johnson would start approximately 30min after Bahamas ended… and like clockwork, the smoke and intro music started at exactly 845pm. It feels so validating that years of concert going has given me this random skill set. As I basked in the glory of being right, my friend, of course, rolled his eyes at me. He helps keep my head from getting too big for my shoulders and I love him for that.

Jack Johnson opened his set by playing a number of crowd favorites from his first three albums. He then asked if anyone had any requests. At this part of the show, the mass yelling out of song titles was more minimal, so specific requests were actually audible (which was not the case as the concert progressed). Rather unsurprisingly, the loud drunk white men behind me were able to yell in unison loud enough to get their request of “Staple it Together” played. That moment made me smile and I do love that song. I also love the genuine openness Jack has to accepting fan requests and the flexibility he shows in wavering from a prescribed set list. Much of his set on his last tour was built this way, and its a wonderful experience as a fan. His incorporation of fan requests makes the concert feel more collaborative, a two-way experience between artist and fans, both sides simultaneously appreciating each other. At various points during the show small beach balls made their way to the stage. When Jack Johnson and his band had a competition to see who could kick the furthest, Jack Johnson lost his flip-flop in his soccer kick attempt. I love that he wore flip flops to perform. In that moment I couldn’t help but liken him to a younger Jimmy Buffet – they both produce music that sounds like it was crafted near or on the ocean and are artists that seem very grounded, and carry themselves with warm, down-to-earth demeanor.

The concert eventually came to a close, much quicker than I would have liked (as with all of my favourite artists and shows) despite the fact that Jack Johnson and his band played for nearly 2 hours.

Then, there was the encore.

My roommate and I played my favourite game: Guess how many encore songs. He went with 1 to 2 (which I still feel is cheating to choose 2 numbers) and I chose 3. Jack Johnson played 4 and we were both happily wrong on this guessing game. The most exciting part of the encore for me was his first song choice – Jimmy Buffet’s Mother Ocean. I was likely the only person under 50 in the crowd that knew the song, and definitely the only one I could see that was singing every single word to the song along with him. My friend gave me an amused glance as I lost myself in the song and sang along – I don’t think he had ever heard the song before. Let’s hope that encore song encourages another generation of Parrot Heads (and if you don’t know what a parrot head is, I suggest you google it!). Jack Johnson rounded out the encore with a few more songs, and had the band join him on the closer – Better Together. It was an absolutely perfect night to simply get lost in the music and usher in the playfulness and warmth of summer.