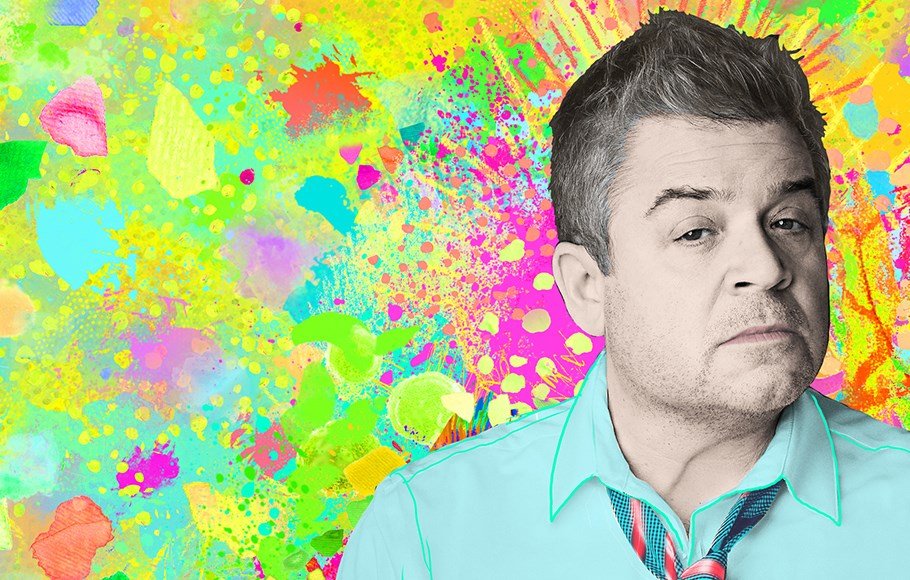 The event kicked off with Minnesota-born comedian Alice Wetterlund delivering a fun-filled ten minutes of semi-polarizing bits, touching on topics from abortion to health care to smoking weed. Her slow and steady delivery added this dead-pan-adjacent edge allowing her punch lines time to breathe.

Second to the stage was Canadian comedic force Eman El-Husseini, whose set was personal and truthful. Her self-effacing style and no-holds-barred approach made for a fast-paced set with jokes on top of jokes. She kept that room a constant flicker of laughter as she navigated race, religion, sexuality, and the always troubling topic of people using a baby voice with their partners.

Patton stepped to the stage and kept that energy going, the full performance was a highlight of all things that make his writing wonderful.

Mixing together his ability to fly his nerd flag high while speaking truths about his personal life and navigating intelligent thoughts surrounding religion and politics. An overarching tone throughout the night was self-reflection on getting older. His life is changing and those changes are making for new source material.

My favourite bit of the night was his theory about Jesus Christ. He approached it delicately and then laid out a well-structured argument about how, over time, the person we call Jesus is actually an amalgamation of good deeds by many people in the name of being better at a time when society was much more horrible than many can fathom. A time when most people would only worry about themselves in the name of survival, a number of people chose to help their fellow man. I mean, I am butchering it by watering it down to a couple of sentences for the means of praising it, but trust me it was funny and well-formed.

I left the show with a smile on my face, remembering just how much I love Patton Oswalt and his delightful wit.

He has only gotten better since I first saw him at the Commodore Ballroom back in 2008 – photo for proof.

I hope he comes back to our city very soon.

Thank you to JFL NorthWest for having us out, we will see you again in 2021.