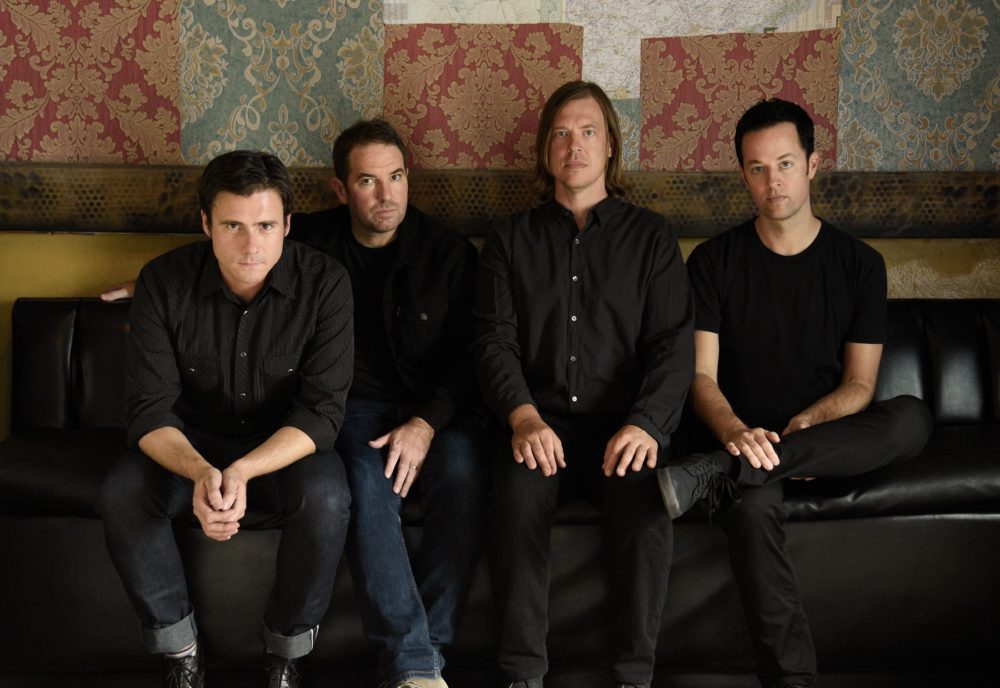 Tuesday evening was a special night: I finally got to see Jimmy Eat World live. I fell in love with them over 10 years ago, when I was in high school, but never had an opportunity to go to a concert. When I was given the chance to see them at the Commodore, I jumped at it with excitement.

No matter the song, I find Jimmy Eat World’s sound brings about a certain nostalgia, which always leaves me with the feeling of wanting more. Especially hearing tunes like “The Middle” and “Sweetness,” there’s a warm, fuzzy feeling of reliving my youth that spreads all over. This is what had me buzzing with anticipation as the lights went down and the members of Jimmy Eat World walked onto the stage.

With nine studio albums and 24 years’ worth of music, there’s a lot of material Jimmy Eat World can choose from. They ended up playing a great mix of old and new songs, with many of their hits sprinkled throughout the set.

They opened with a lively “You With Me,” from their newest album, Integrity Blues, which was released in 2016. Up next was “Bleed American,” to which the audience danced wildly along in appreciation. They played a couple more fast-paced songs before slowing it down with one of my all-time favourites, “Hear You Me.” The crowd swayed from side to side, with lighters in the air, taking in the melancholy melody. They then brought the energy levels right up again with “If You Don’t, Don’t” and “Big Casino,” which had a wicked intro.

About halfway through the set, Jim Adkins (lead singer) took a moment to say that he has a terrible time talking in front of people (he tries to “fake it ‘til he makes it,” but it doesn’t seem to work). I really appreciated his honesty and I felt like he gave the audience a glimpse of who he is as a person, showing that he’s much more than just a rock star. He also kept reiterating how happy the group was to be in Vancouver, and how much they appreciated the continued support.

Jimmy Eat World made their way through the second half of the set, starting with a slightly slower “For Me This Is Heaven” (from Clarity, released in 1999). As the band transitioned to the next song, “You Are Free” (Integrity Blues), something struck me: with every song they played that night (regardless of whether it was old or new, single or not), there was always a strong response from the crowd. These particular two songs are 17 years apart; to hear such a response from the audience for both was really cool. Obviously, the big hits brought on bigger reactions, but even those classic favourites and lesser known songs were received with enthusiasm from the crowd.

Jimmy Eat World left the stage after an energetic “Pain,” only to return after the crowd cheered and chanted “Jimmy, Jimmy, Jimmy.” “Of course we’re gonna play more,” Adkins said, “this one’s for you,” and they dove into “The Middle” – the audience roared with delight and jumped and sang along. They played one more song before appropriately ending the night with “Sweetness,” which completely transformed the crowd.

Listening to those nostalgic songs, I just didn’t want the night to end. But, I’m happy it ended on a sweet note.