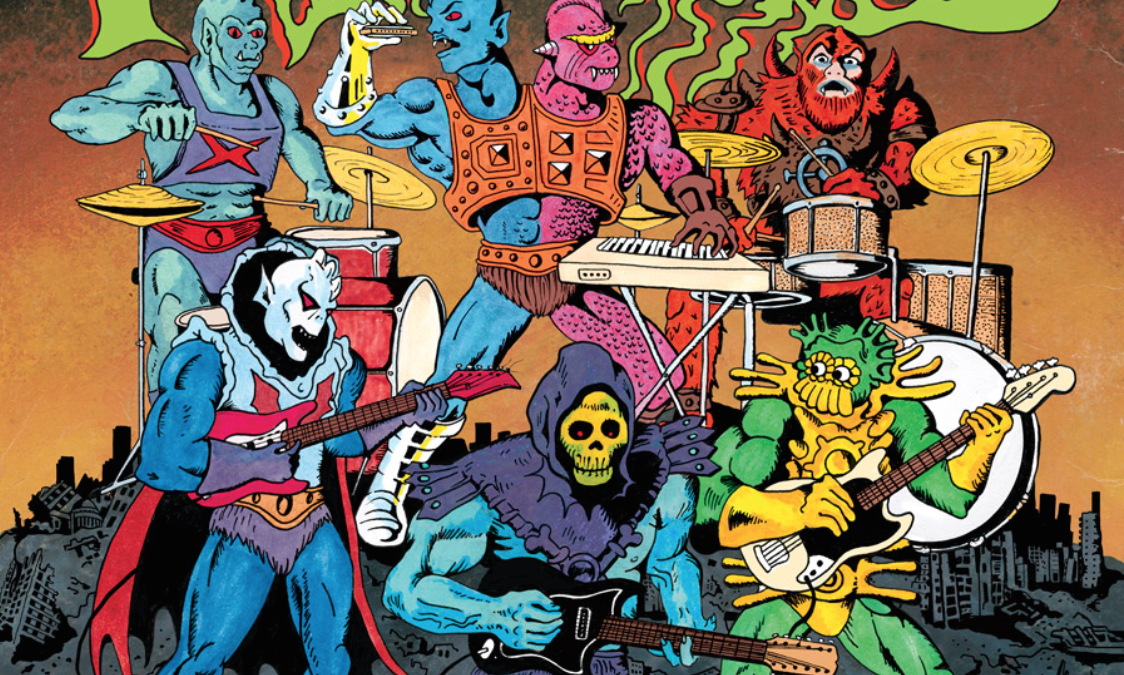 Bombastic Aussie psych rockers King Gizzard & the Lizard Wizard thrilled a rowdy audience at the Biltmore Cabaret. The club was densely packed with enthusiastic fans; the atmosphere felt more like a weekend than a cold Tuesday night. There was a peculiar buzz in the air; the audience was really ready to get riled up.

Playing support were the Mild High Club, a soft, drifting and melodic psych band that warrants comparison to the sleek and modern sounds of Jacco Gardener. With a key board and two twelve string guitar, the music of the Mild High Club is rich in harmony and melody. With clear yet dense guitar leads flowing over top of a bright and chiming acoustic 12-string, the Mild High Club show similarity to Lost in the Dream era War on Drugs although some of their songs could fit as background music for a showcase on the Price Is Right. Overall, the band provided a solid effort and presented an effective introduction to their dreamy and easy listening psych rock.

King Gizzard & the Lizard Wizard were a different story. After some moments gearing up behind the stage curtain, the Australian 7-piece sped up to a bang with a driving style of outback infused rock. Sprawling across three electric guitars, two drummers, a bass and a keys harmonica player, King Gizzard use the expansive nature of a Brian Jonestown Massacre-sized band with a reckless punk style. Notable for their 2014 Austin Psych Fest main stage performance, a festival highlight, the band is something of an enigma due to their distant Australian home-base and lack of album distribution. The band is touring their sixth album in less than as many years; few modern groups share such profile results. Although King Gizzard did include some interesting wood wind arrangements (“I suck at playing flute,” laughed front man Stu Mackenzie), they generally work the same formula on each tune without demonstrating much variation. It’s all high spastic, driving psych rock with snappy, catchy drums befitting of Sonic Youth’s Steve Shelley.

King Gizzard are simply wild in their live performances; each and every song blossomed under an extended arrangement. Most numbers, like on their studio counterparts, were over 10 minutes each: it only took one or two jams before the crowd was throbbing with energy with members of the audience occasionally spilling onto the stage. With their unrestrained, outback flavoured jams, King Gizzard & the Lizard Wizard are one of the wildest psychedelic bands on the planet; not an act to miss.