Kurt Vile and Violators came to disrupt the status quo in Belfast and bend the minds of concert-goers, nearly selling out the Limelight for the final stop on the group’s European tour. Breaking out solo in 2008 after founding The War on Drugs back in 2005, Vile has been making and recording music since his teens—and it shows. Kurt carries the weight of past experience in his solo projects and, through the twists and turns of life, has found his rightful place in the public eye, though he may shy away from the limelight to a certain degree.

His latest album Bottle It In, which came out just last month, has been highly anticipated and very well-received. This latest effort marks a new depth for this already prolific figure who knows no boundaries, crossing genres and blending artists of generations past, and the excitement surrounding his vocation was clearly represented by the crowd he drew in Belfast on a Thursday night.

Touring with Kurt and the boys for the last thirty-odd gigs were the fabulously original combo of harp and electric guitar (and old friends of his) Meg Baird and Mary Lattimore. The gargantuan harp casting an imposing silhouette on a spartan stage, the duo waded through a psychedelic, improvisational sound.

Starting strictly instrumental, the produce was elemental and dense as the upper register of the delicate strings met a bassy, vibrato guitar strum, eventually merging with Meg’s restrained, siren-like vocals. Song after song saw the women straying down divergent lines and coming back to meet at a harmonic crossroads. 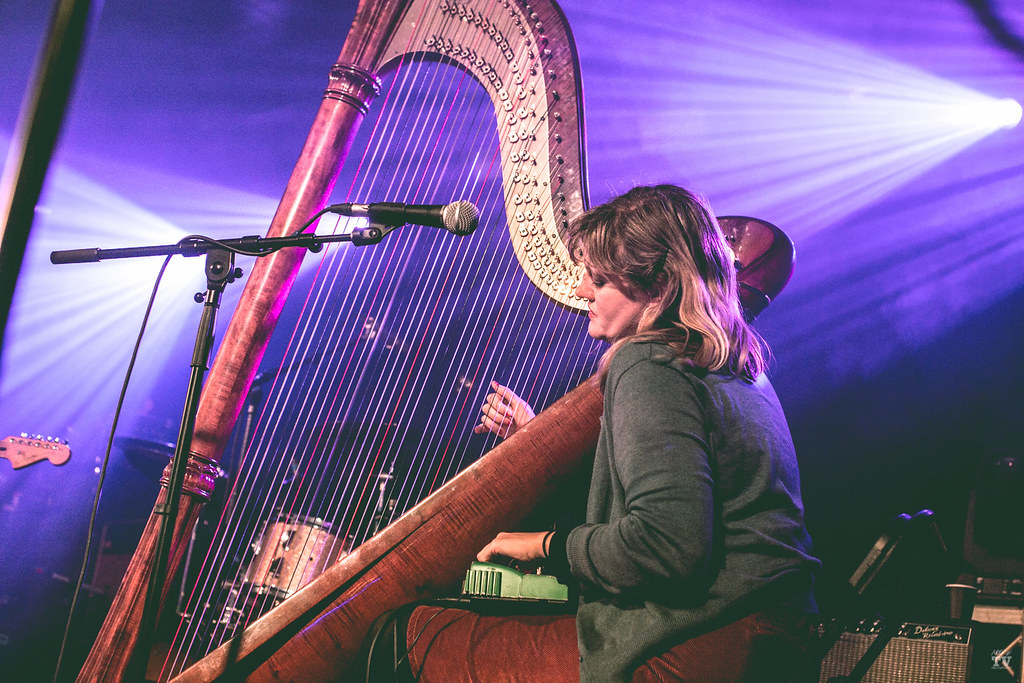 As Meg pulled out an acoustic guitar for a foresty, nymphic composition with more emphasis on lyrics, the pair peaked with a truly beautiful moment gilded in harp plucking and lush flourishes, painting a Renaissance scene in music. The set was serene and hypnotic in the chromatic glow of the lights, lustrous and ethereal.

And all the while, if you turned your attention stage left, you could glimpse Kurt in the wings, mixing his friends’ sound, meditating to the music, and taking photos for his fellows. Just this simple act really spoke to Vile’s character; for the headliner to involve himself with every aspect of the show means he puts music first above anything else—it really is his life.

The man could hardly contain himself as it was time for his set, coming out whooping into the mic and bursting into rockabilly gem “Loading Zones” with pronounced vocalizations and a stoic delivery. Rambling on into “Jesus Fever”, the Violators took the crowd on an upbeat joyride with surfy wanderings. In his characteristic flannel, Vile stood an imposing figure on the stage, bidding fans to dare not look away lest they miss an expression or inflection that surfaced each time his face emerged from that swath of curly hair. 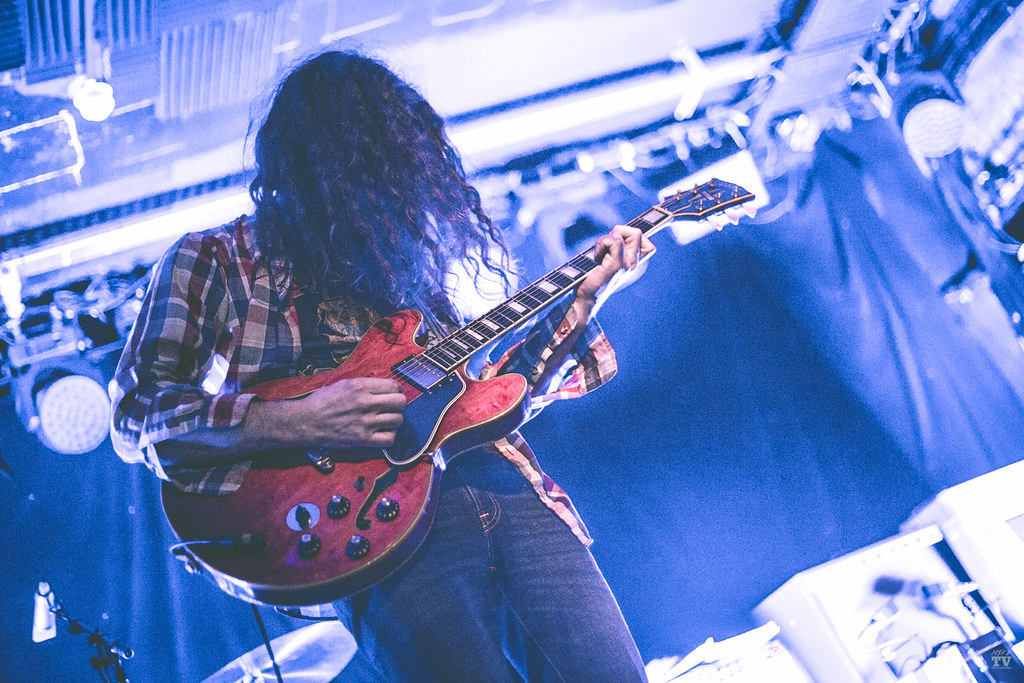 With a remarkably basic stage setup—the band spread from end to end of the stage, seldom interacting—and a lighting display with a serious retro simplicity, Vile and the Violators channelled a bygone era of Americana. The guys manage to cultivate a sloppy and informal feel in their live show while also hitting each technically dazzling musical element perfectly. Take “Bassackwards”, a strutting and soaring nine-minute single off of Bottle It In, which tasks Kurt with finger-picking along to backwards-treated guitar recordings and a hypnotic beat, giving it all the precision of a trip-hop track while still maintaining a slacker vibe.

While most are eager to label Vile a “spaced-out stoner”, he is clearly extremely meticulous in his live performance, flipping through guitars (10 in total!) like a deck of cards between songs for each clearly lends the perfect sound to each unique composition in Vile’s repertoire. And that is to say nothing of the army of effects pedals flooding the floor before Kurt and his bandmates—if each one is used for even one minute in one song, it is clearly worth having in this guitar guru’s eyes. 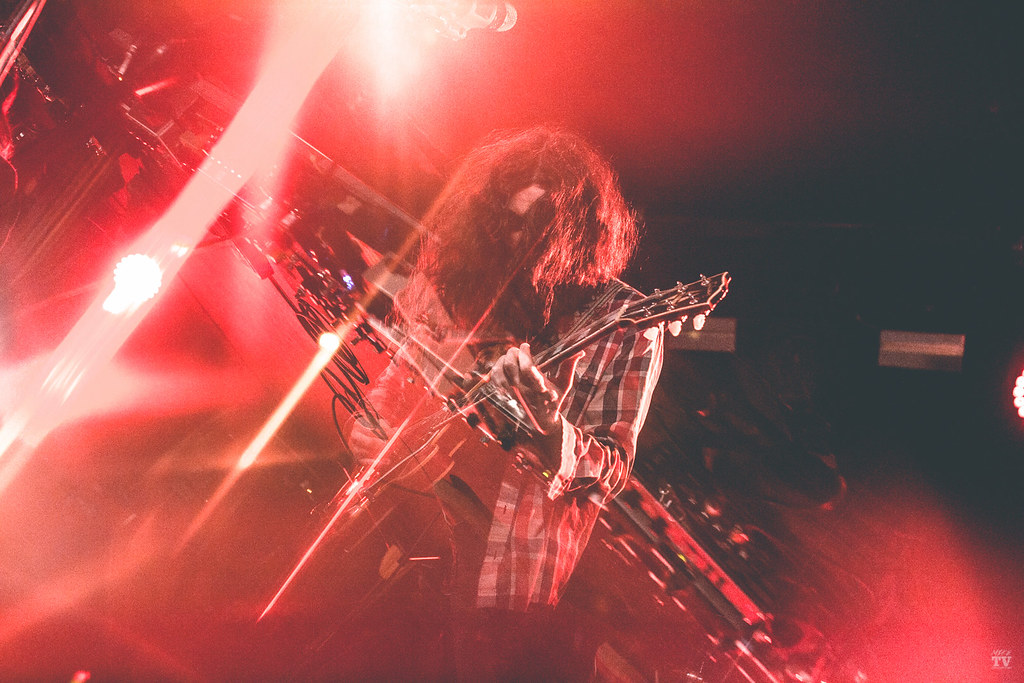 It would equally be easy to jump to conclusions about the man as he slurs, “Hey, thanks for coming y’all,” in that half-cut-sounding drawl, eyelids drooping behind a sneer. But nobody under the influence could finesse the strings as aptly as Kurt did that night. Tired, maybe—and understandably so, this being the last date a long tour run—but drunk, probably not. Similarly, it would be easy to make the mistake of thinking the performance was somewhat one-note, many of the tunes carried forth on the same loping tempo, but that would be to overlook so many fascinating nuances of Vile’s work.

“I’m an Outlaw” saw the band procure a woodsy intensity, heavy and building, as Kurt plucked away at the first instrument he had been given in his teens by his father: the banjo (at the time rather wishing it were an electric guitar). “Girl Called Alex” featured brilliant Dylan-esque intonation and refreshing, off-kilter melodies, waking up the somewhat anesthetized crowd with its jarring screamed refrain. The wowing Western guitar call of “Cold Was the Wind” had the audience rocking gently, at last, ensnared by Vile’s wiles, to say nothing of his mesmerizing solos. 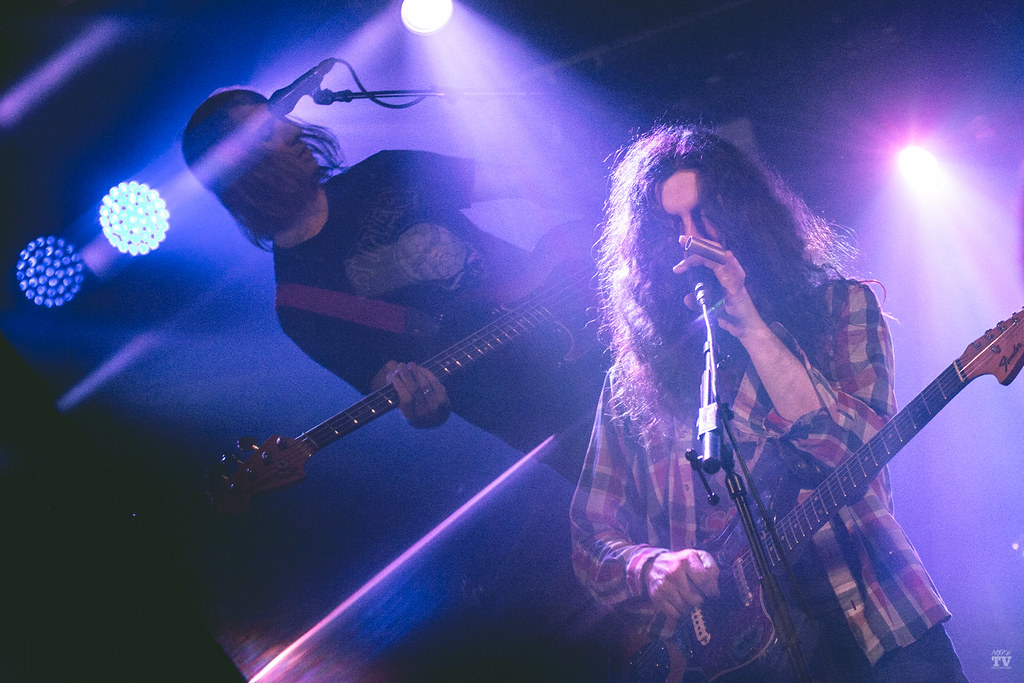 Between odd and awkward stage banter and juddering movements, Kurt shared the odd and awkward recesses of his mind through his close and immediate lyrics. Hearing “Peeping Tomboy” in this quietened acoustic moment was like witnessing serial flashbacks into stages of adolescence. The frank realism of “Wakin’ on a Pretty Day” that caught each listener off guard and invited everyone in the room to get lost in the lo-fi jamming greatness, garnering a tremendous applause. And of course, then there is the stream-of-consciousness stand-out “Pretty Pimpin’” which both carries a profound insight into this enigmatic figure’s psyche and also plays incredibly easy on the ears.

Forgoing the predictable format of the encore, the guys just kept the flow going with a delicate rendition of “Baby’s Arms”, an opportunity for Vile to croon vulnerably, “I get sick of just about everyone, and I hide in my baby’s arms.” This romantic side to Vile seems so underrated and yet to innate to the man’s character and oeuvre.

Shifting back into a gruff stage persona Kurt proclaimed, “We’ve got one more, then we’re going to get the fuck out of here.” With that they belted out groovy, seasoned tune “Freak Train”, grabbing the most freakish prop they could find backstage—a cartoonish bobblehead featuring at the Limelight’s weekly Sketchy club night—and popped it on an anonymous guest guitarist to add to the frantic atmosphere. It was a suitable end to the highly-demanded tour for this complex and creative mastermind. 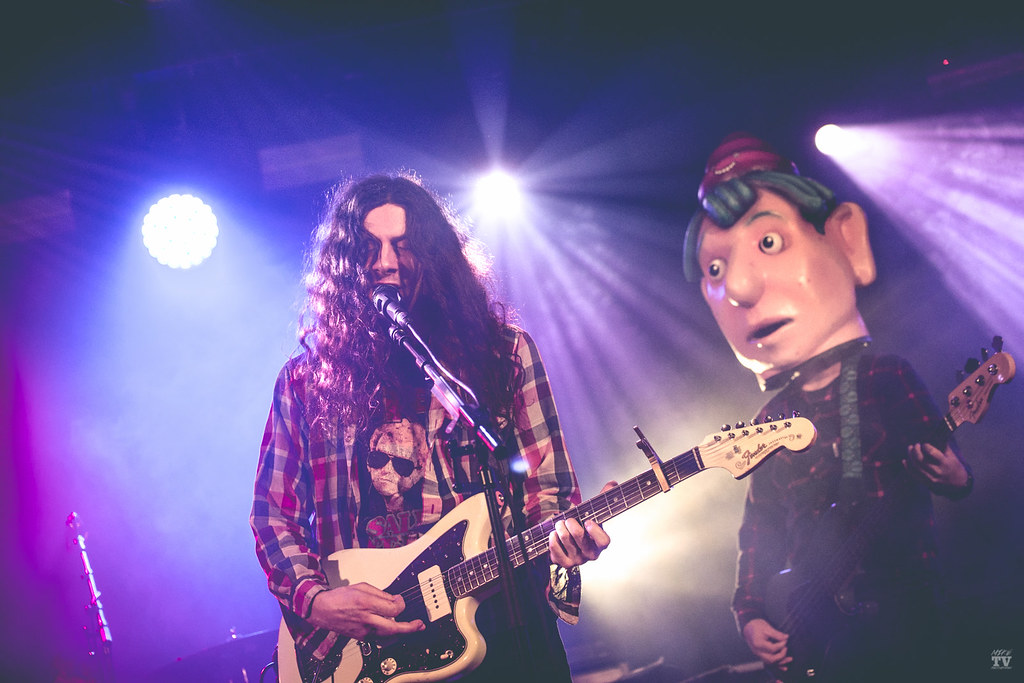