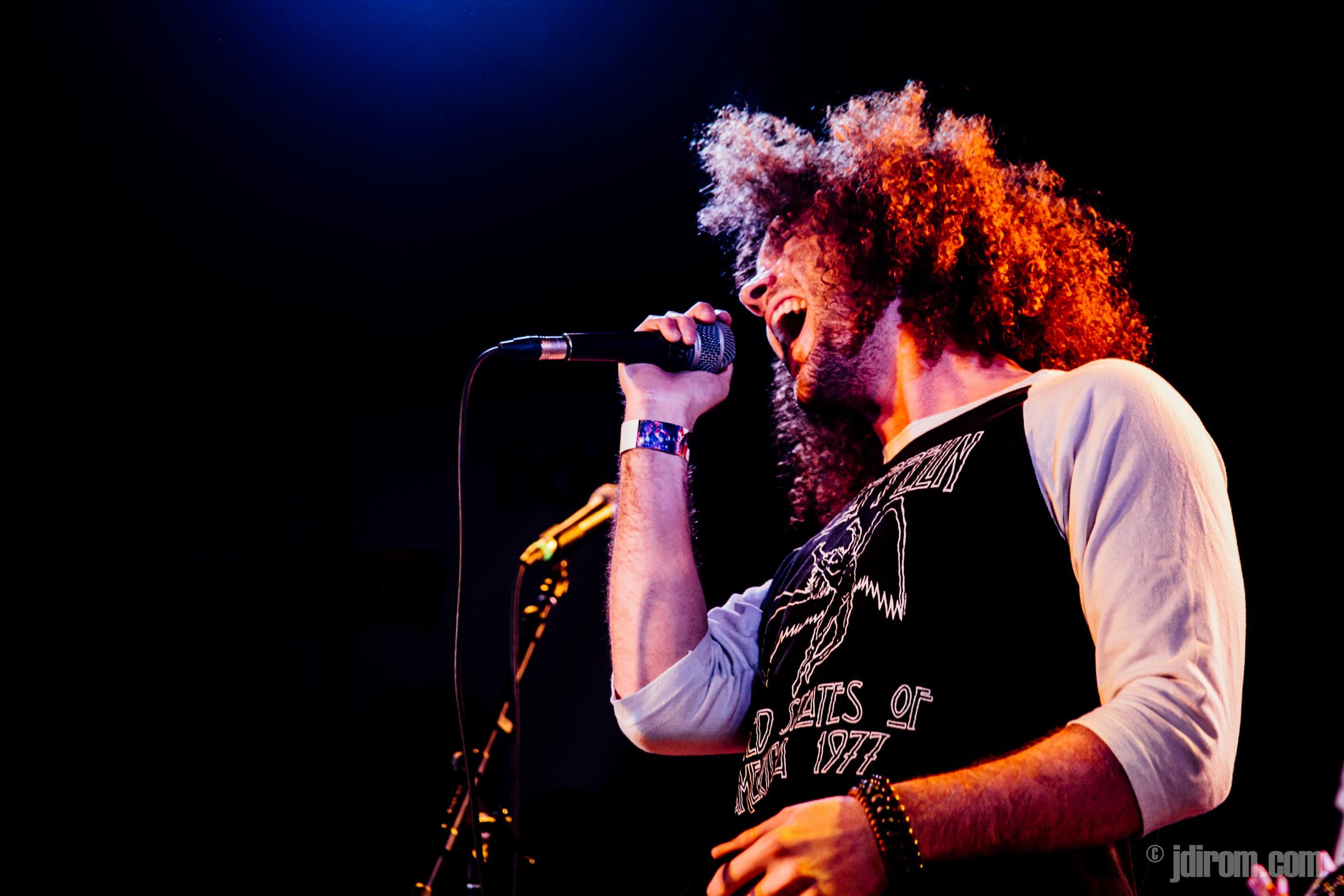 The Landmark Events Festival Series in Calgary was a mammoth event. A total of 17 bands took the stage in a musical marathon of over 8 hours of performances throughout the day, featuring a diverse range across the musical spectrum. The festival includes performances from (in order of appearance) The Outer, Fox Who Slept the Day Away, The Path Less Travelled, Open Air, Arbachien, The Canards, Reject, Sail with Kings, Burning Daisy, 240, The Heirlooms, Alkatine, Lunar Wilde, Faint Awakening, Lyka Fox, Mudd, and Bloom.

Fox Who Slept the Day Away – Photo © J. Dirom

On the day every band put out energetic and inspired sets, and in the cases of many bands, power sets to maximize the 30 minutes of stage time. This made for an amazingly energetic event, which we will share a few highlights from throughout the day.

Open Air had a stand-out performance driven by a solid vocal set by their lead singer Steven Mansfield. These guys had a fantastic rock sound, with a great stage presence, which included tantalizing guitar work utilizing the front of the stage. Currently in the studio, people can expect a full album release from Open Air in the coming months. I expect this will be a solid rock offering.

When you start your set a’la Bruce Buffer you are going to grab attention. 240’s filled the venue with the infectious grooves of funk rock. Lead singer Bradley Meunier’s high energy fuelled the crowd, as they fed off the energy of this charismatic frontman. 240 left the stage with the audience chanting for more.

Finally we had Alkatine. It is no secret that Alkatine can rock the house, and they took the day. Lead by the powerful vocals of Brady Riplinger, Kurtis Lovas (guitar), Drew Stefinak (bass), all held together by the precision percussions of Dougie Pocasangre. They delivered the power set that took the show, and had the crowd in the palm of their hands. Alkatine at one point during their set had the whole crowd crouching down, only to have them explode into a frenzy. Something I have never seen before, but kicked the attending mob into overdrive as they basked in a set that was all that is rock. Without a doubt the performance of the night. Alkatine has also been in the studio, so we can expect some new material in the near future.

The Landmark Events Festival Series was a great way to kick off the 2015 festival season.