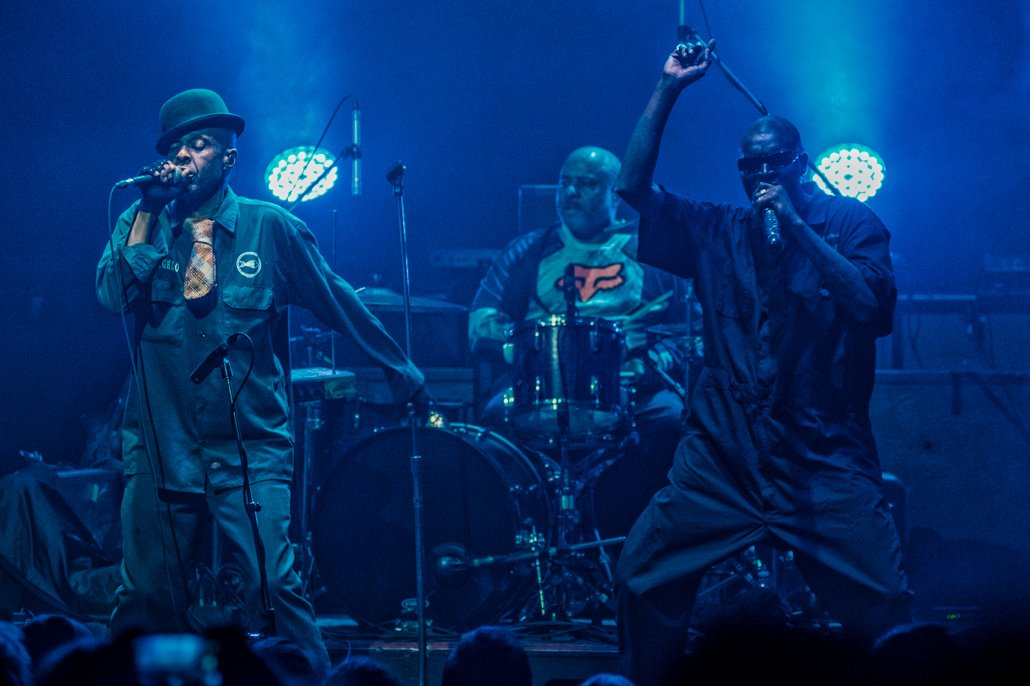 With openers King Youngblood (from Seattle), and Jer (Miami).

Fishbone, founded in 1979, have been known for their energetic and entertaining shows, and last night’s show did not disappoint.

It’s unusual to see that a band can retain most of it’s original members some 40 years later and still provide such a meaningful show. The diversity of the audience was a nice thing to see. It was mixed with new young fans of the band, and the proverbial old timers, all moshing and dancing in unison and sheer enjoyment.

Lead vocalist, and crazy sax/theremin aficionado , Angelo Moore, opted to crowd surf during “Subliminal Racism”, which proves, even at the age of 57, you ain’t old unless you want to be.

I was totally impressed with Walter, and his liquid keyboard positioning. He was angling it, pivoting it into crazy positions on stage. It was a pleasant surprise, as too often you see keyboardists stuck behind a static stand, but his set up he was able to be pliable and had the abiltiy to pivot and angle it at leisure.

Having seen them in the 90’s at the Commodore (which was a fantastic show – I had that as a gauge) and this show did not disappoint. I was suprised to see “Freddy’s dead, and Change” not in the set list, as they were my faves.

Many musician friends have said how they are such nice guys, and they do have a bond to Vancouver, as guitarist Mark Phillips proudly wore his DOA t-shirt on stage. We feel honoured that they chose Vancouver as the starting date of this tour, and will always welcome them with open arms for future dates, as this show did not disappoint.

I like to hide behind my glasses
Unyielding Conditioning
Cholly
Housework
Everyday Sunshine
A Selection
Ma and Pa
If I were.a ….I’d
Simon Says the Kingpin
Subliminal Fascism
Behaviour Control Technician
Ghetto Soundwave
Pray to the Junkiemaker
Alcoholic
Skankin to the Beat
Lyin Ass Bitch
Party at Ground Zero