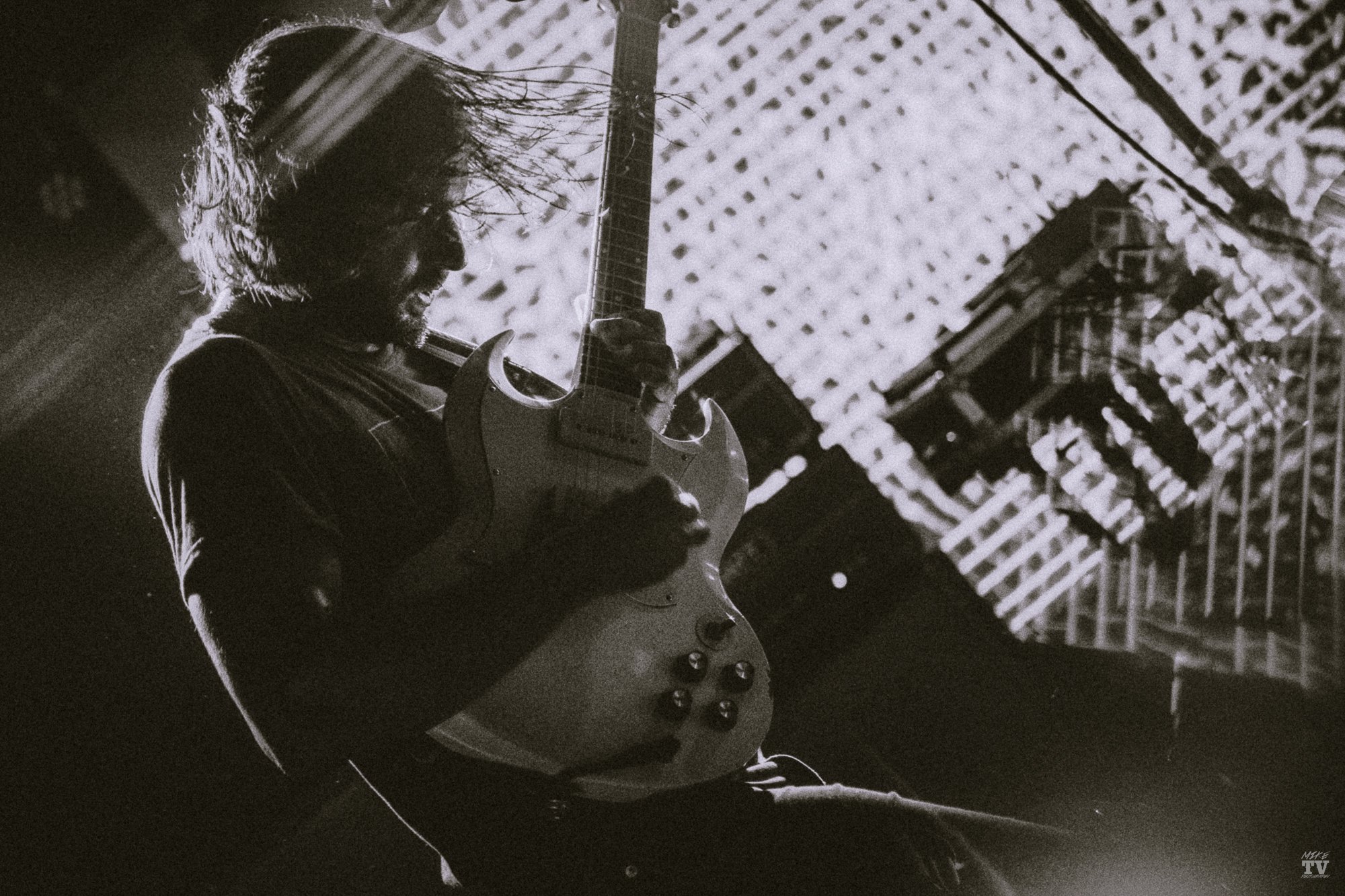 If you’re a fan of stoner rock, sci-fi epics, inventive live performance, or (better yet) all of the above and you haven’t gotten onto up-and-coming band SLIFT yet, you are in for a treat! The French psychedelic trio made up of brothers Jean and Rémi Fossat and their highschool friend Canek Flores are rough, raw and raring to show the world their mend-bending sound as they set off on their first headline tour of the US.

During SLIFT’s naissance in the scene, the guys were concerned primarily with delivering fluid live shows at their local haunts nestled within the thriving independent music scene in their hometown of Toulouse. Performance came first and the recording was almost an afterthought. All of that changed with their third studio album Ummon, which had a keener focus and saw the rockers buckle down to harness their creative energies into a refined and cohesive collection of tracks amounting to a conceptual masterpiece of an album. The record feels like an imagined soundtrack to a medley of the band’s favourite sci-fi works, inspired in equal measure by Homer’s Odyssey. The music, often instrumental and occasionally lyrical, takes you on a celestial voyage of heavy psych on the album, and their live show is so faithful to the spirit yet elevated to greater volumes.

We had the good fortune to catch SLIFT at the intimate setting of Madame Lou’s in Seattle this weekend. The tiny venue was packed out with eager concert-goers as the guys took the stage unassumingly, their skinny frames cast against captivating background projections. They took flight with the eponymous track from Ummon and proceeded to play the larger part of the album in order throughout the night, bar a few slower numbers, keeping the energy high and the instruments loud. When he wasn’t simply riffing on the guitar, you could find Jean experimenting sonically with synth pedals at his feet and fingertips. You could tell on Canek’s face that he was consumed by his precise jazz-line drumming, making faces and almost singing along.

The way the trio were exploring the songs on stage made you feel like you were placed at the centre of a star being formed, deep in space; witnessing the elements gathering together in perfect symmetry into a beautiful, bright burning creation. The undulating black and white lightspeed visuals behind and the small galaxy of sweat beads cast against Jean’s spotlight as he flicked his hair only added to this effect. The way the band communicated with mere glances and gestures was incredible to watch; they were so in the pocket while upholding an attitude of spontaneity.

Indeed those in attendance had the unique privilege of hearing new music the band has been working on, in a live setting too, embodying the sense of seismic creation first hand and up close. The unfamiliar music was fast, exotic and featured some of the biggest breakdowns heard from SLIFT, if not heavy music at large. Rolling, cavernous, articulate and utterly unique are but a few ways to describe this as yet unnamed compositions.

Returning to familiar territory, closing out with a run of songs starting with ‘Citadel on a Satellite’, ‘Hyperion’ and ‘Altitude Lake’ in succession, the tracks were fleshed out with introspective jams throughout, with the bass taking on a classic Roger Waters tone alongside mystically inspiring synths. The Ummon staples were performed with a fluidity and spontaneity that built and built to deeply satisfying climaxes.

Ending on ‘Lion, Tigers and Bears’, with ears ringing, those in attendance can testify that nothing on earth could follow on from the performance SLIFT delivered in Seattle. The Toulouse three-piece have managed to capture lightning in a bottle with their sound and they are definitely not one to miss.