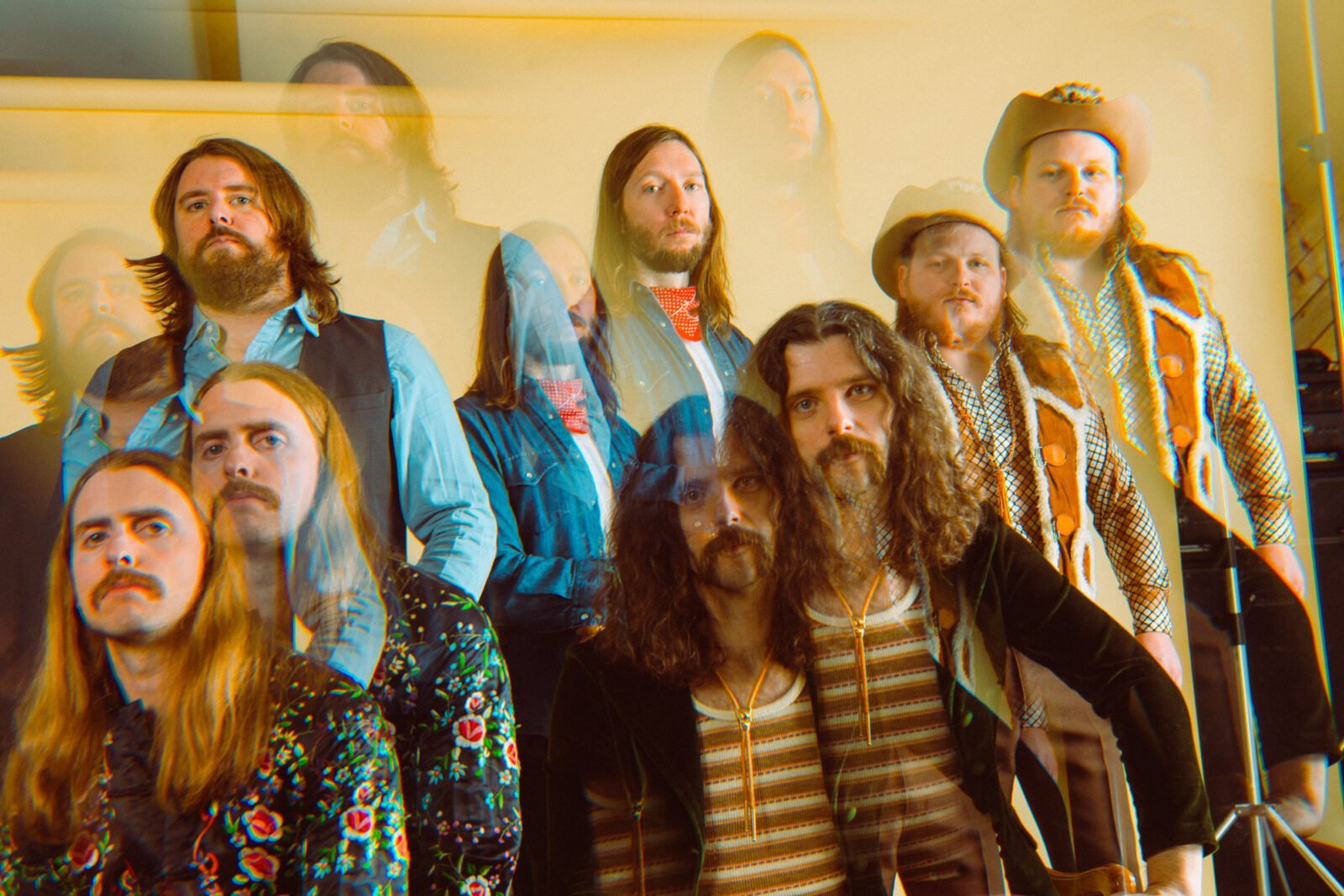 Despite living in Victoria for 5 years now, I still very much feel like a newcomer. This is particularly true when it comes to the live local music scene – or at times, lack thereof. COVID and working 2-3 jobs for much of the last 5 years certainly hasn’t helped me get acquainted with it either. So, when a media pass came through to see the Sheepdogs, AND at a venue I had never been to! “The Royal Theatre” or “Royal & McPherson Theatre” is a quaint old theatre- full of intricate gold leaf detailing and Grecian statues. It reminds me a lot of Vancouver’s Vogue Theatre and Toronto’s Massey Hall. After my recent trip to London (UK), the theatre was also reminiscent of that city’s countless small beautiful, old, and intricate theatres.

I arrived just as the second opener, Boy Golden was starting their set. For a fantastic overview of who he is and what he’s about, check out this CBC article here. What I was most impressed with during his set was that the theatre was packed (I love that for an opening act!) AND when he and his band finished their set, he received a loud standing ovation! I don’t often see a packed house and a standing ovation for the lesser-known opener and it was quite wonderful to experience.

It’s been a minute (11 years) since I have seen the Sheepdogs play live. For my 2012 review, with more band history, check out this link. Since I last saw them play, I have lived in Vancouver, Toronto, and now Victoria. I wasn’t sure what their fan base looked like in Victoria. I was wondering if it would be a bunch of now 30-somethings like me or a younger or older crowd. Turns out they have a much older following in Victoria. I wasn’t sure how this was going to go for a rock concert – would the audience be seated or up on their feet dancing during the show? There was one particularly endearing elderly couple a few rows back on my left. They had Sheepdogs concert tees on that I recognized from past tours, were holding hands waiting for the Sheepdogs to take to the stage. I glanced back at them every so often, having fun watching their enjoyment. There were also some parent and teen pairing, which made me wonder if some of the youth had grown up listening to the Sheepdogs, the way I grew up listening to Jimmy Buffett, The Beatles, Van Morrison, and Elton John. Mixed into the crowd was also a scattering of 20-30 somethings clearly wanting to get out of their seats, drink, and dance – it was an interesting push and pull with so many older fans clearly wanting or needing to sit. The Sheepdogs played an energetic and engaging set, mixing fan favourites and newer songs seamlessly. I enjoyed how they took the time to highlight the incredible musicianship of each member of the band for at least 1 song. The crowd went particularly wild for Ewan Currie’s (lead vocals) brother Shamus singing his own song and for newest member Ricky Paquette’s electric guitar solo. That, in fact, was the tipping point for the entire theatre to finally get to their feet. As was the case with previous live Sheepdog shows I’ve attended, they closed out the night with a cover song, and invited opener Boy Golden back on stage. They covered Neil Young’s “Are You Ready for the Country?” spectacularly. All in all, an incredible show, and I do hope they keep Victoria on their Canadian city tour list, despite the fact that many folks attending started to pack up and head out before the band was fully off the stage. I found that appallingly rude and disrespectful, though I really don’t know how the band felt about it. I am going to chalk it up to an older crowd and the show wrapping up after 11pm? Victoria, after all, has historically been known as the retirement capital of Canada. Either way, rather disappointed in Victoria fans for wrapping up the night on that note.