The king of chill himself, Canada’s own Mac DeMarco, hit Belfast at last to much aplomb, playing to a sold-out house of buzzing millennials dressed in their hipster best, swarming the Limelight’s cobwebbed cellar on Monday night. Satiating his throbbing Belfast fan base—who actively decried his failure to play Belfast on his 2017 UK tour in the form of impassioned letters to promoters and social media outrage—DeMarco shot to kill with an animated and wonderfully weird performance, true to form.

Opening things up and warming up the slowly amassing crowd was Jackie Cohen and her rock ’n’ roll band. This retro bombshell oozed a 50s sensibility, repurposing the aural artistry from the era that birthed a genre. With her babydoll cool, sock hop surfer style with just a hint of country twang, Cohen and her band swayed and grooved in a smoky haze, softly lit, looking like nothing more than a movie flashback scene. Everything from the straight-laced drum beat, to the vocal intonation, to the colourful lyricism, the band embodied the style to a tee.

I don’t think I caught all the finer points of the song-writing as the sound balance wasn’t quite right and the microphone somewhat muffled. There was enough appeal, however, to encourage me to listen to the band’s recordings, but alas, I got outbid at the live auction Jackie held throughout the gig for the single solitary cassette tape she had brought along. With quirky touches like this, it was obvious that Cohen loved living it up on stage. 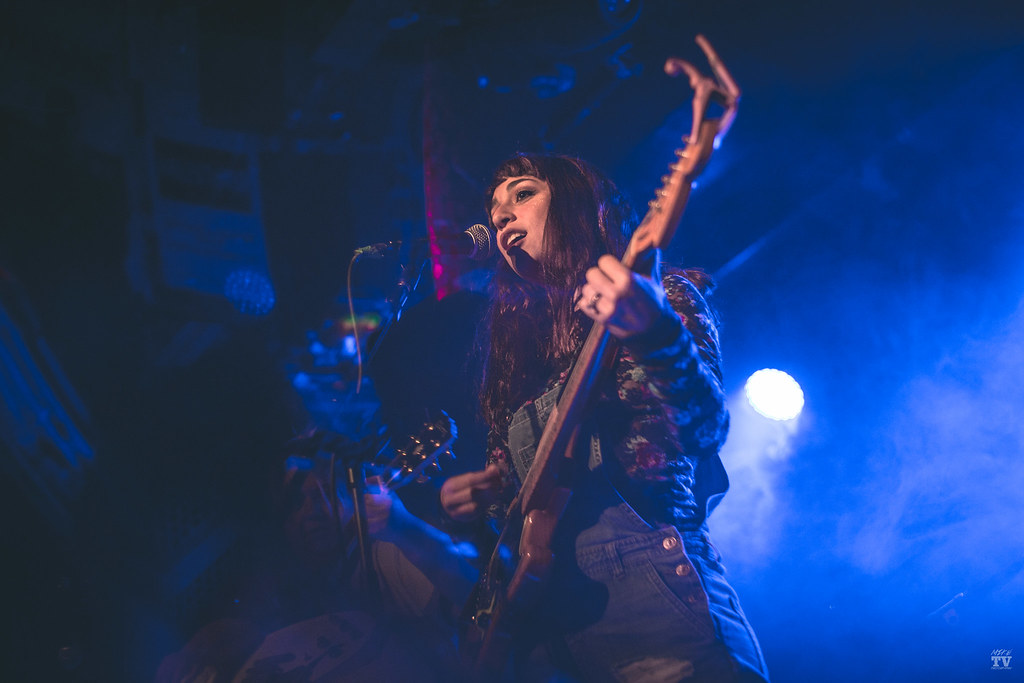 She busted out the full power of her feminine wiles as she dropped the guitar only to wrap herself around the mic and pulling adorable dance moves; crouching down to meet the audience’s eye line. Cohen threw herself into her emotive performance, enough to match any Broadway leading lady, throwing in stylized inflections, spoken lines, and hiccoughing vocal intrigues.  The band closed on a fanfare of driving punk flair and feedback—garage band grit with errant squeaks and mismatched sounds. Stopping as randomly as it had started, it was sort of a down note to end the set with.

Of course, it all began normally enough. The crowd’s chattering din raised into a roar as the hour approached 8:00 and the lights began to dim. The band appeared on stage playing U2’s “The Sweetest Thing” and the packed house went absolutely mental as Mac took the stage. “Hey, we’re going to play some songs,” he said nonchalantly. “Make yourself comfortable.” 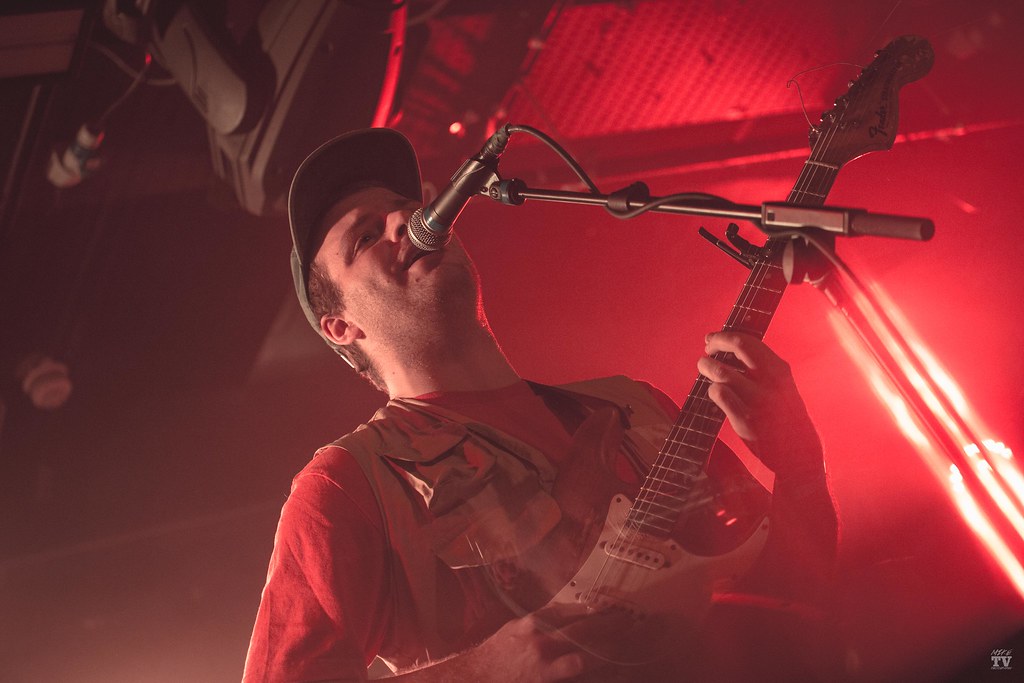 Opening with the unmistakable laid-back lo-fi tones of “Salad Days” with his signature silky yet growling voice, DeMarco was sounding spot on. It was almost hard to hear over the sound of essentially every human in the room singing along. Watching the crowd grow more and more frenzied after every crooning disillusioned love song, there was no question as to how this gig managed to sell out in mere minutes. Getting cooking with the dancey and utterly infectious “Stars Keep Calling My Name”, with it’s bright, singable guitar flourishes, the vibe was more like that of a festival gig, like the show you wait all year for.

Delving into tracks from his latest album with “This Old Dog” and “My Old Man”, well-thought out ballads with memorable lyrics, DeMarco borrowed the piano-schmoozing airs of decades past in his stage presence. The man was cheesing it up with flashy mic tricks, whipping it around on its cord and literally smashing it against the floor with a placid grin. As if concert-goers weren’t already singing loud enough during the frank and relatable refrain of “Uh oh, looks like I’m seeing more of my old man in me”, Mac DeMarco egged everyone on, conducting them to amp up the volume.

As the slow songs were in no short supply, belting “One More Love Song” and introspective “Chamber of Reflection” (all the while bobbing up and down in a t-rex stance and stomping around with his hands on his knees) I couldn’t help but marvel at the phenomenon this artist has become. How did Mac get so damn big? These lounge-singer strains and self-proclaimed “jizz-jazz” rife with piano solos are not what you would expect 20-somethings to go wild for. But against logic, Mac Demarco has become so thoroughly cemented into the cultural makeup of this generation. He’s giving the kids exactly what they are currently craving and doing it in style. His is an awkward originality with wide-reaching appeal, a lot of heart, and certainly a sense of humour. 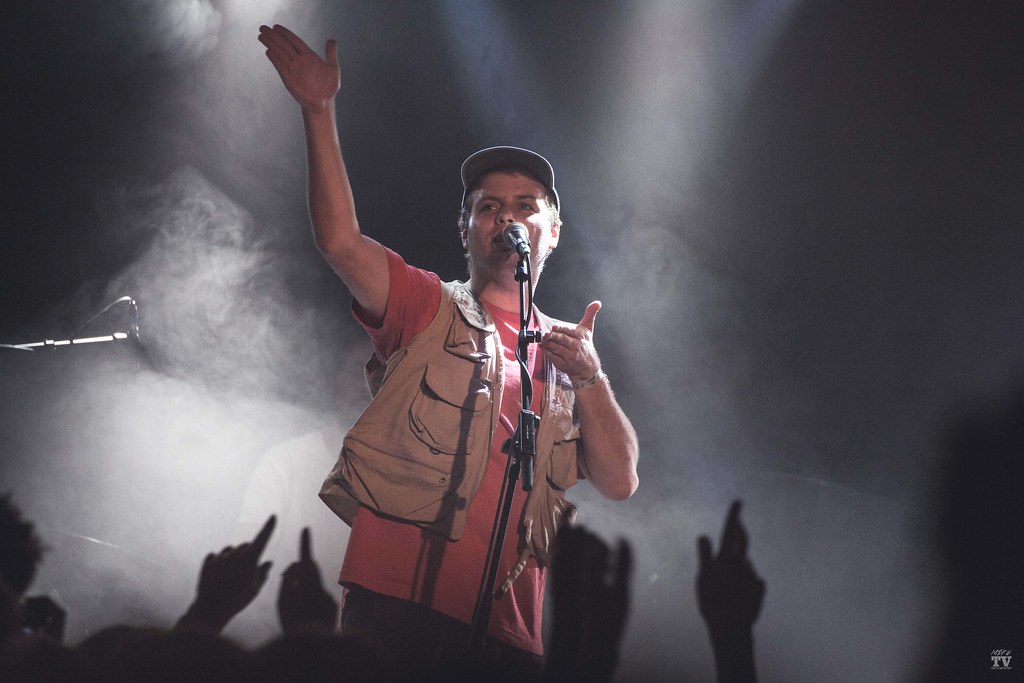 The crowd was paying homage to their newfound idol, offering up an array of dad caps by hurling them onto the stage, which the band took turns trying on throughout the set. When a fan all-dressed-up for Halloween took the opportunity to toss up the headpiece for his Yoda costume, drummer Joe McMurray seized the moment to pop it on and give a lengthy lecture about the Star Wars character as the band improvised the film’s score before snapping back to play “Freaking Out the Neighborhood”.

The jangling, free-wheeling set went down like a bubbly glass of champagne as the guys sampled stuff from their whole recording history, all the way back to “Rock and Roll Nigh Club”. As the verbalizing breakdown and high flying chorus of a fleshed out and amped up rendition of “Still Together” reached its peak, the set seemed to come to a natural break, where the band typically files off stage to take a beat before darting back from the inevitable encore. But anyone who has been to a Mac DeMarco show will know that it is anything but typical.

Having never been before, or even read about one of his shows, I barely knew what to make of what happened next. Mac ran off stage and the band played “Sweetest Thing” in its entirety in basement jam fashion. Next the laidback goofball guitarist Andy sequestered the mic to announce his candidacy for Mayor of Belfast, outlining his running platform in detail before launching into not one, not two, but three Misfits covers. All the while Mac stood gazing, atop an amp stack, more scenery than anything.

Following that, DeMarco and drummer McMurray did the old switcheroo which saw a Yoda-capped Mac drumming away to a karaoke-quality Chili Peppers cover during which Joe walked along the barrier and pulled off an epic crowd surf. From there everything was a blur, a string of classic rock riffs that flipped around like a radio scanner and concluded with DeMarco bleating, wretchedly out of tune to Van Halen’s “Running With the Devil”. 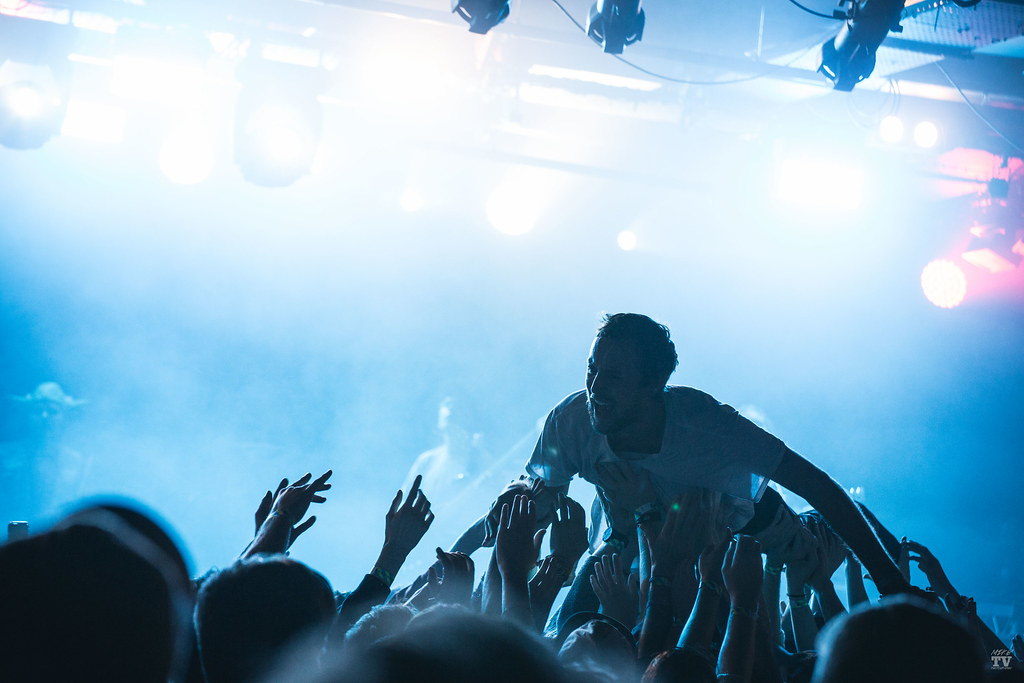 After this freaky interlude of chaos, hearing the melody come back around to a reprise of “Still Together” felt like snapping out of a crazy dream. I think the audience would have rioted if Mac didn’t afford them at least one more original, and he delivered, singing the soft and deeply personal “Watching Him Fade Away”. For the Belfast fans who missed out last visit to the isle, Mac DeMarco certainly made up for it with this one. The performance was honest and didn’t take itself seriously in the slightest—Mac’s way of showing that if you just be yourself, own your weirdness, and do what you love, people will respond. In this case, in extreme volumes!

=Encore=
Watching Him Fade Away