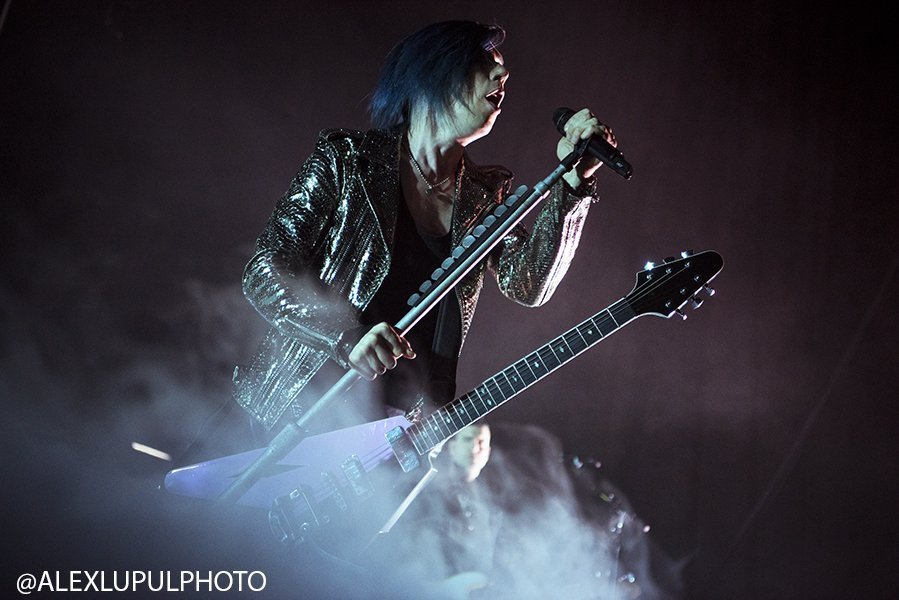 Primed with new music, multi-double platinum selling pop band, Marianas Trench, has been touring across the country as part of their Suspending Gravity Canadian tour.

“After months of hibernating in the studio, it’s time to get back on stage in front of our fans and share some new music with the world,” said lead guitarist Matt Webb. “We couldn’t be more excited. Time to dust off the shiny pants and stretch out the glutes, the Trench is back.”

The 15-date tour, in support of their newest release “Phantoms,” will be held in venues that offer fans more of an up-close-and personal experience, such as St. Catharines’ Meridian Centre.

The live events venue, which serves as the home of the OHL’s Niagara IceDogs, was transformed into an intimate venue where the Vancouver quartet showcased their signature high-energy performance along with new material and fan favourites from their previous double platinum and gold-selling albums.

Fans made little use of their seats, as they danced along to favourites including “Cross My Heart,” “Celebrity Status” and “Pop 101.” Not to be outdone by his own fans, lead-singer Josh Ramsay rarely stood still, bounding about the Meridian Centre stage with ease while never missing a note.

Enjoying recent success of their own, the platinum-certified break out Canadian duo Elijah Woods x Jamie Fine served as support.

The duo’s boundary breaching blend of pop music touching on key influences including Hip-Hop and R&B and are unafraid to shake up their sound.

The duo transitioned easily between the original tracks and covers, making them their own and never having them feel out of place.

Both groups will continue their trek across the country together until the tour’s conclusion on March 29 in Marianas Trench’s hometown of Vancouver, BC.

The remaining dates of the Suspending Gravity Tour are: