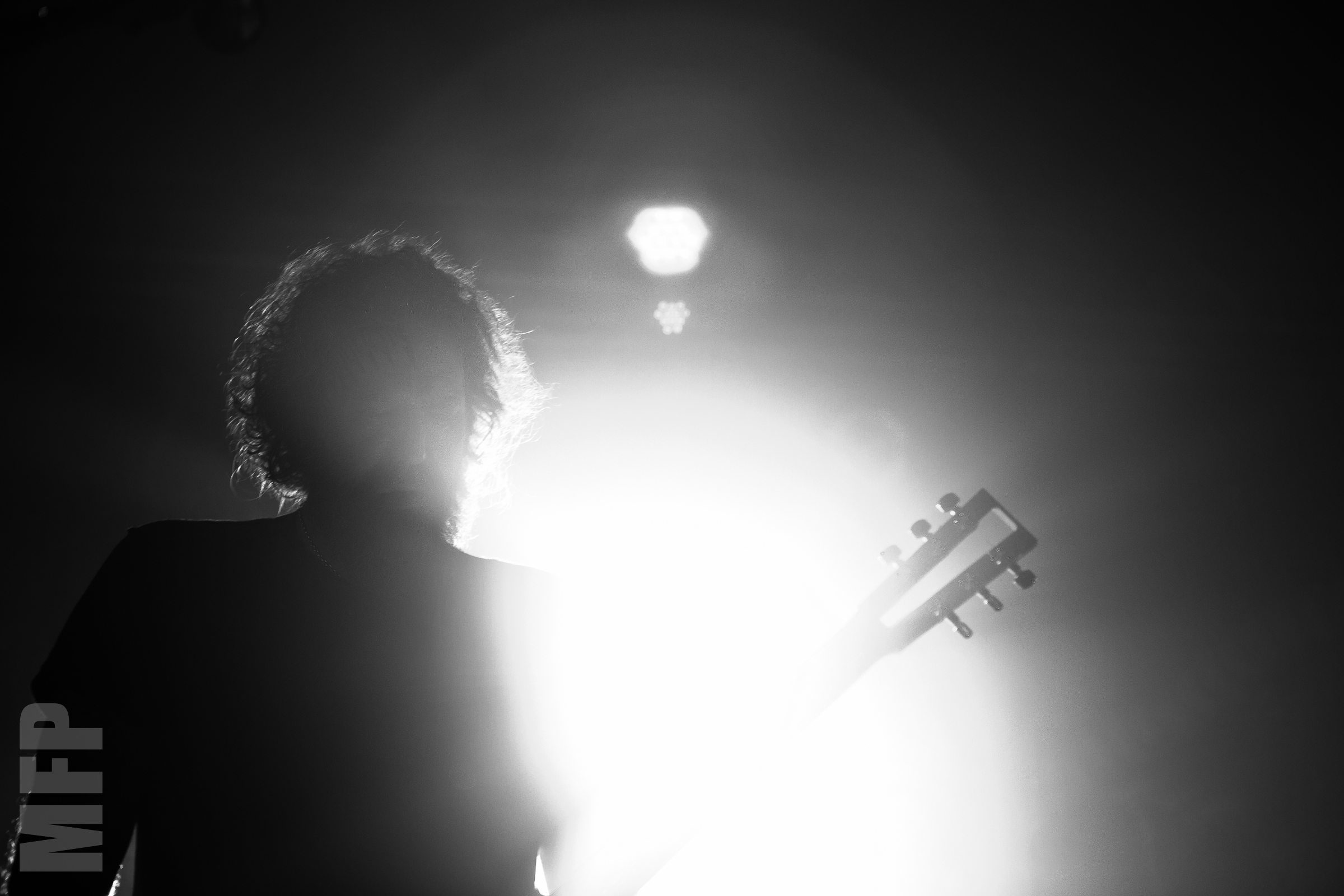 This lineup had to have been dreamed up in some disgruntled stoner’s wet fever dream while on a mix of acid and testosterone.

The Missing Link Tour is one of the heaviest tour packages this year with a lineup that should make any fan of sludgy hard rock happy.

First up for the night was the buzzing duo, Big Business. This two-piece laid it out hard and relentlessly. Drummer Coady Willis is a mad man behind the kit, never letting the energy die and it wouldn’t surprise me if he goes through drum heads like a nicotine addict goes through packs of cigarettes. Bassist Jared Warren stood tall and stoic, lost in the fuzzy tones his bass sent through the cavernous warehouse that is Showbox SODO.

The band was met with an almost full house, which had to feel great since this was a homecoming show of sorts for the amazing Big Business, who originally hailed from Seattle.

The now full crowd regained their equilibrium, after being shaken to the core by Big Business, with a quick cigarette and enough beer to buy a brewer a new car. The venue began to smell of weed as Clutch took over the crowd with their brand of bluesy, southern sludge. Front man Neil Fallon could not be more comfortable on stage and seemed to enjoy playing for this crowd, grinning from ear to ear like a possessed mad man. Jean-Paul Gaster kept the punches coming from the back of the stage while Dan Maines kept in rhythm with Tim Sult. The crowd ate up every moment and sang along to the anthems. A high point of their set was when they played my personal favorite “The Mob Goes Wild”. The crowd kicked it up a notch for this song and sang their hearts out. It was evident that this was a co-headline tour as the venue was full with the pure love that the fans showed for these veterans who aren’t slowing up at all.

Clutch finished, the kegs were hit hard yet again with the bar area packed to the edges, which made it interesting to get back to the front to shoot Mastodon. If there is one characteristic of a Mastodon fan it is that they are dedicated/loyal, especially to their spot to watch the band. This isn’t a negative quality, since the moment they saw the cameras around my neck they gave me an approving nod and let me by.

The lights dimmed and like a behemoth rising from a muddy lake, Mastodon came out heavy with “Tread Lightly” followed by the title track off their recent sixth album Once More ‘Round the Sun. Their sound was amazing and clear, yet heavy and chest punching, which was all the more evident when they played “Blasteroid” off of The Hunter. There are some people who have disparaged their current direction, but I welcome it with an open mind. The crowd was completely into every note of a set that started from the two newest albums, which lead into the amazing “Oblivion” off of their seven-song epic Crack the Skye. The whole show was anchored by the impressive Brann Dailor, who does things on a smallish kit that most drummers couldn’t dream of doing on Neil Peart’s kit. Then there’s bassist Troy Sanders who slinks around the stage like a demented wizard, raising the audience from the dead and enchanting them with his solid bass lines and charismatic energy. The band is rounded out by the amazing guitar legends Brent Hinds, who played a beautiful see through V guitar and Bill Kelliher, who has a stoic energy. Bill hung out stage left and was intense without having to impress, which pretty much sums up Mastodon as a whole. They have always done things for themselves and don’t compromise for any of their critics. This is true from their carefully cultivated aesthetic, from the amazing album art to their stage lighting.

On this night in late April, Seattle was injected with much needed dose of pure rock fury. Even the passing by soccer fans leaving the Sounders game were head banging as they passed the venue on their way home from watching the team win. It was a good night for the city.