The Empire Belfast was awash last night with flowing locks and muttonchops as the sweet strains of the 60s made a resurgence, if only for the night. Folks shuffled in sporting their best bell-bottom jeans to catch the much talked about Matt Hollywood and the Bad Feelings’ psychedelic sound.

Hollywood, who has lent his creativity and song-writing talent to several cult rock projects—most notably being a founding member of San Francisco underground legends The Brian Jonestown Massacre—has given 25 years of his life to music in some form or another. After being ostensibly (and unceremoniously) fired from BJM in 2015, Hollywood has landed on his feet and doing what is clearly in his DNA to do: making music, flying a fitting new flag called the Bad Feelings.

Touring the band’s self-titled debut record, Hollywood was joined by current collaborators Bobby Hecksher on bass, Justin Smith on drums, and Kacey Barnes on vocals and guitar. The album, released earlier this year, was produced entirely on the back of internet crowd-funding. To go this route, Matt clearly has his finger to the pulse of the music industry today in all its limited glories and abundant shortcomings. While he has walked many paths in his musical career, it is encouraging to see that this musician hasn’t lost his way. He’s still finding a way to do what he loves, and doing a damn fine job of it if last night’s gig was any indication.

However, one the aforementioned shortcomings did threaten to put a damper on the night: the sad reality that so many people don’t place value in live music these days. Be it from failings in the promotion of the show or simply that fewer and fewer are going to gigs, it’s hard to say, but the showing was somewhat weak for a musician so prolific. It was certainly not for lack of musicianship that the crowd was thin, as this was on point from start to finish.

A large contingent of those present seemed to be Belfast’s entire psych-rock community rallying around local supporting act The Dreads. With an act like this that they’ve put together it’s no wonder as to why. The band oozed nostalgia as they bounded onto stage. The hair, the clothes, the instruments!—it was like slipping through a time warp to better times in music’s history. It was loud, it was lively, and it was absolutely impossible to resist! 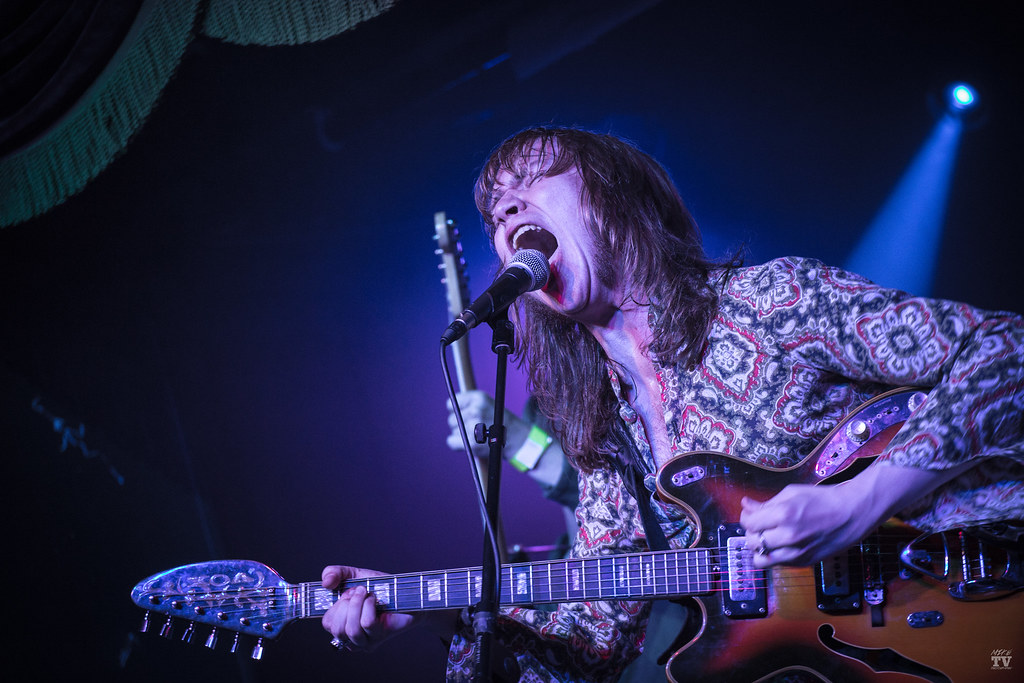 From the organ-mashing poppa to the seductive bass lines to a drummer hell-bend on utterly punishing his kit, The Dreads performed a tight set of groovy tunes that gave new life to a bygone era. Banging out well-tempered tracks with studied progressions, the group traveled up tempo down in their cinematic songs. Introducing their new single, “Know Your Name” I was completely hooked by the catchy riffs, organ trills, and enticing rhythms. I can dig.

Vocalist and lead guitarist Benny was absolutely living in the music, swimming in his surf rock reverb and belting out the words with passion and bravado, some half baked falsetto slipping into an otherwise powerful wail. The kid has a certain spark, an ease of operation, commanding the stage with his slick movements. Finishing off the set, Benny jumped off the stage and floated out into the black abyss of the floor like a spaceman set adrift, his guitar cord an elasticated lifeline to the vital sound. A perfect climax to a fantastic set.

As I was still reeling from the performance, Matt Hollywood and co-vocalist Kacey Barnes crept subtly onto stage. With a humble and focused energy to two starting things off with a trotting spaghetti western sound with ghostly harmonies and ominous refrain of “My Love Will Find You,” one of the first songs Matt wrote for this new project. In the wake of the haunting duet I could already tell that the performance would be an inventive sonic treat.

Joined subsequently by their bandmates the Bad Feelings brought a mellow sound, so laid back I almost ended up on the floor. Song after song contained a sort of constrained intensity that thrilled the senses—an impressive impression of a band moving in slow motion but firing on all cylinders all at the same time. The perfect imperfections in Matt’s voice spoke to the authenticity of an entire rock movement that the man has helped create. 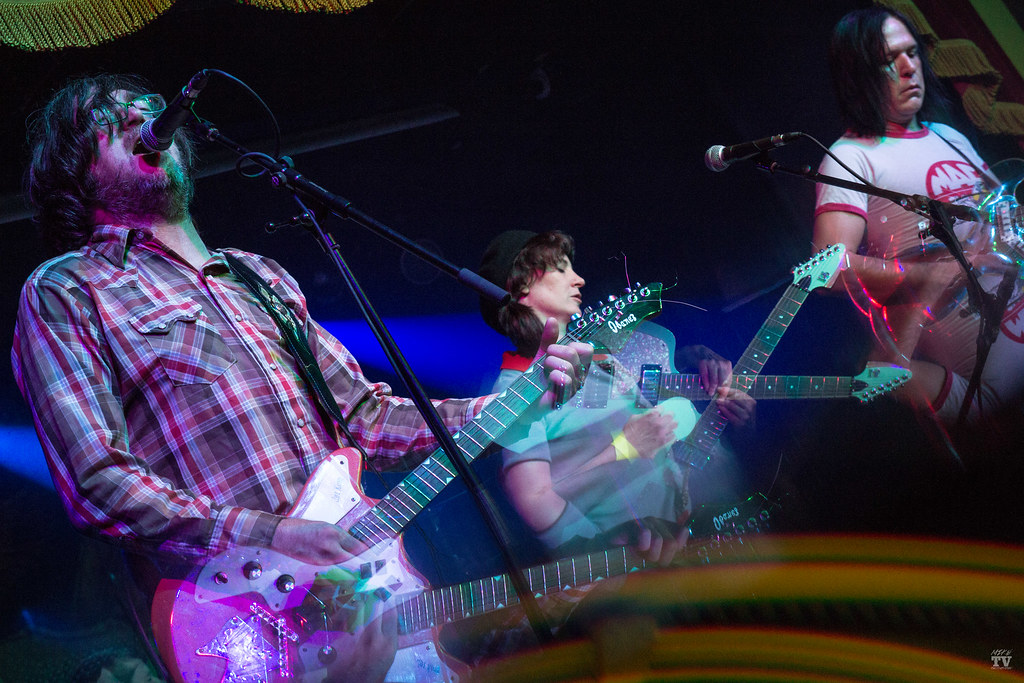 Building to sharp peaks of sound in simple but effective melodies, the gig felt like an alt-angst, garage band slow dance fantasy. The stage lights cast multi-chromatic shadows of their instruments on the bandmates’ bodies, lending a trippy visual effect to the hypnotic sound. The introduction of some upbeat numbers was like plunging into an icy lake and splashing around in the depths of Matt’s yearning songs of heartbreak, a mix drawn from this new album and past projects.

I think what struck me the most was the sound the band was able to achieve with their driving, chugging tunes and breezy vocals, Hollywood scrubbing out strident solos throughout. With a spectrum of effects pedals laid out before him, Matt created some incredible textures and soundscapes with tone. He produced one of the best live guitar sounds I have heard in ages—a sound like a rich, warm, melt-in-your-mouth fudge cake for your ears streaming out of a Fender amp.

Having closed things out with a powerhouse finale, the Bad Feelings came back on for what appeared to be a very organic and unplanned encore. Playing one last playful tune led by Barnes, the woman was at last afforded the opportunity to let loose and we glimpsed the pure power behind her petite frame. As his bandmates sauntered off stage one by one and took to the bar, Matt played one last tune solo with a wounded chorus of “I don’t miss you at all,” baring his soul one last time and showing everyone in attendance just how much he deserves to be heard. 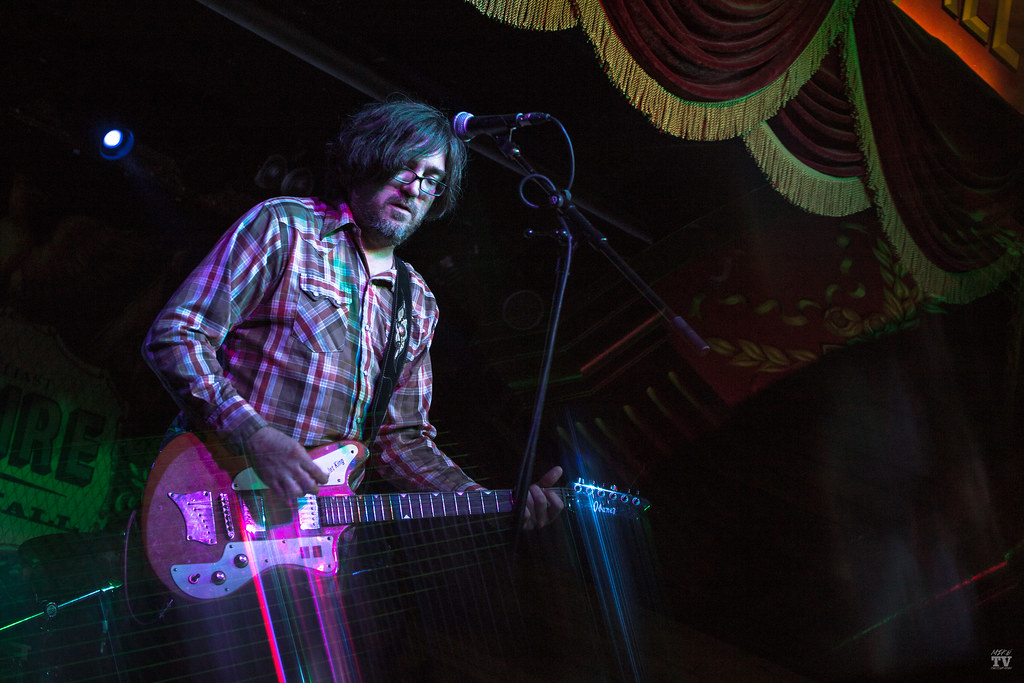 The Postal Service  with Big Freedia at KeyArena