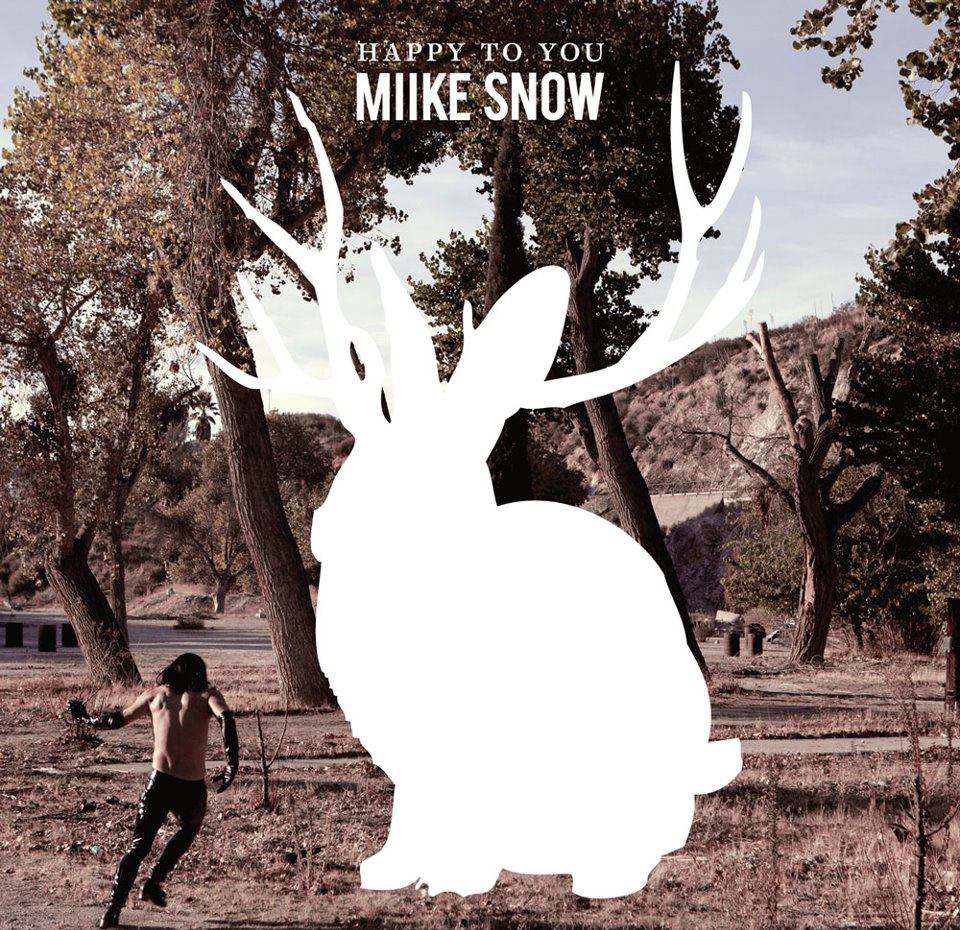 The Commodore Ballroom was packed to capacity this past Saturday as Miike Snow came through in support of their new album iii. A lively crowd proved that, despite a four-year hiatus from the band, their oh-so-danceable tunes are better received than ever.

Miike Snow is a pop/electronic act comprised of lead singer Andrew Wyatt and producers Christian Karlsson and Pontus Winnberg. I say pop/electronic for the sake of simplicity but in reality they are not the type of group that can be easily labeled; their music extends into many genres including indie, pop, electronic, and more. Judging by their performance on Saturday night, rock may even be the best way to describe them. Donning leather jackets, greasy hair, and rocking the cigarette-in-the-frets à la Van Halen, Miike Snow is more badass than the falsetto would suggest.

Vancouver was the inaugural stop on the “iii” tour (for their third album, of course). Taking to the stage with My Trigger – a piano-driven rock ballad – Miike Snow’s ability to entrance the audience was spectacular. Standing at the back of the crowd, it was hard to spot someone not bobbing along to every beat, singing the words as best they could. Through new and old hits like Cult Logic, Paddling Out, and the newest single Genghis Khan, the audience took to the band like a duck to water.

There did, however, seem to be a bit of rust to shake off throughout the evening. Andrew Wyatt fell flat on a considerable number of notes, all in the lower spectrum of his vocal range, perhaps caused by issues with his in-ear monitor (I saw the familiar “turn this up” signal from the front man to stage left about four times). Some microphone interference was also present more than a few times over the evening. Lastly, the roadies were definitely earning their pay as they kept up with Wyatt’s on-stage antics; the vocalist seemed to be doing an uncanny Mr. Magoo impression as he repeatedly knocked over mic stands, got chords tangled around instruments, and jumped between piano and centre stage with reckless abandon. Kudos to the unsung heroes of live music!

All that said, Miike Snow’s performance was as undeniably catchy and enjoyable as their music. Considering Vancouver was the first stop on the tour, there were bound to be some kinks in the show and more importantly, the crowd either didn’t notice or didn’t care! The audience was eager for their encore – Animal, naturally – and left Commodore Ballroom with a palpable sense of satisfaction. Although iii is not the strongest product from the group, Miike Snow is definitely an act that knows how to work a live set!