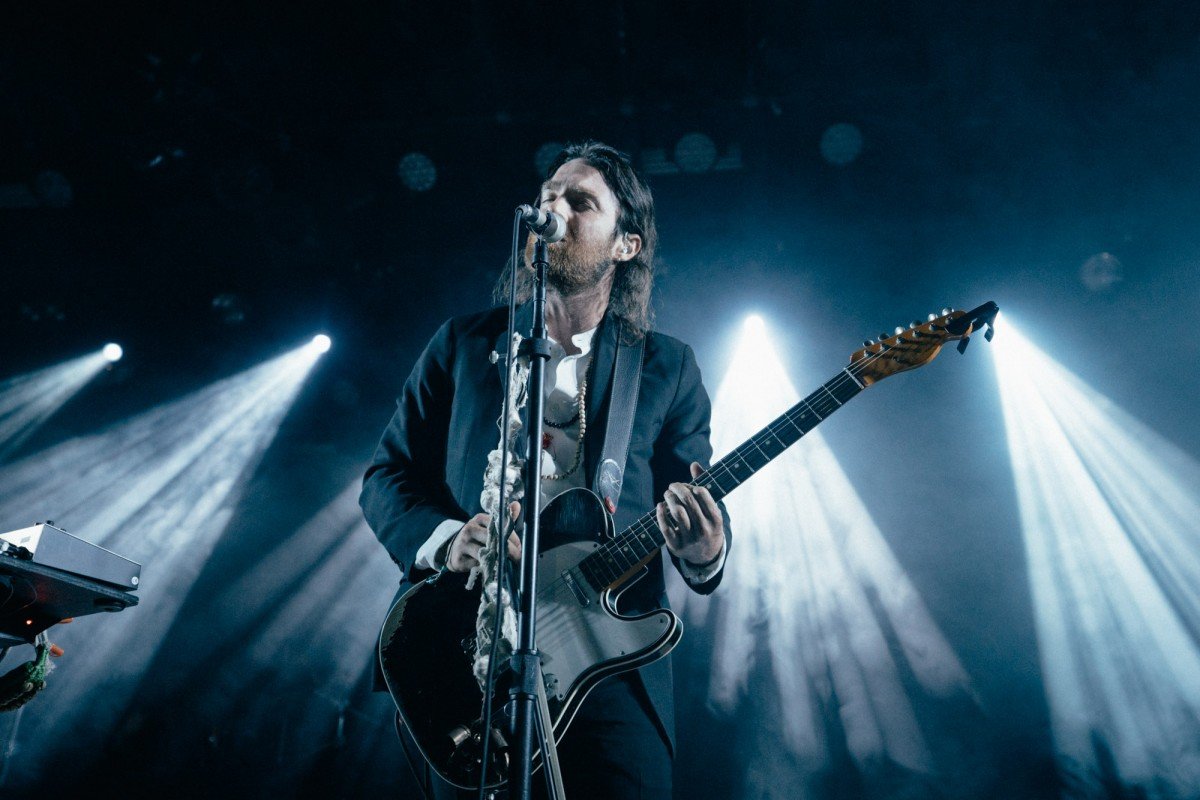 Nick Murphy, formerly known as Chet Faker, put on quite the show on Saturday night at Vancouver’s Commodore Ballroom. Despite gaining enormous popularity as Chet Faker, the Australian singer-songwriter announced to fans in September 2016 that his next record would be under his own name. This evolution brought forth a more poppy sound, moving from Chet’s signature downtempo electronica and sensual vocals to a louder, busier and more upbeat style of music.

Unsurprisingly, there were a large number of Australians in the audience, many of whom even resembled Murphy with their long hair and thick beards. The crowd erupted in applause when Murphy finally sauntered onto the dimly lit stage, looking sharp in the suit that he often wears for such performances. He began with Hear it Now, the opening track of his new album, Run Fast Sleep Naked, eliciting cheers when he started playing his guitar with a violin bow.

For most of the show, the lighting and smoke machines made the stage look like a Hollywood witch’s cauldron. Bathed in a spooky red light, Murphy performed Sunlight, an angsty track from his new album. Afterwards, he confided in the audience that it was his second time playing the song live. “Do you want me to perform for you,” he asked the room, prompting cheers, “Or do you want me to pour my fucking soul out to you?” The crowd went wild. “It’s a two-way street,” he reminded us, “You give me that energy, and I’ll give it right back to you.”

The energy in the room exploded when Murphy broke out 1998, a popular Chet Faker number from his 2014 album Built on Glass. For the instrumental part of the track, Murphy moved to a DJ set, mic slung over his shoulder, flipping switches and banging his head to the beat. It seemed as though many came for Chet rather than Murphy, his older songs inducing the most excitement among the crowd. When he launched into Trouble With Us, his 2015 hit with Marcus Marr, everyone was shaking their hips.

For Talk is Cheap, another chart-topper from Built on Glass, Murphy sat at a piano under the spotlight, a vase of yellow flowers placed atop. This performance was the most ‘Chet’ of the entire show, involving minimal instruments and highlighting Murphy’s soulful voice. He closed with Medication, a lesser known Nick Murphy single, but came back out for an encore. To the crowd’s delight, he played two more songs including Sanity, a popular track from the new album.

After undergoing a spiritual journey, traveling around the world while reading Joseph Campbell’s theories of the artist as the modern shaman, Murphy was ready to shed his Chet Faker identity. However, tonight proved that while his fans are embracing Nick Murphy, they aren’t ready to let go of Chet Faker just yet.