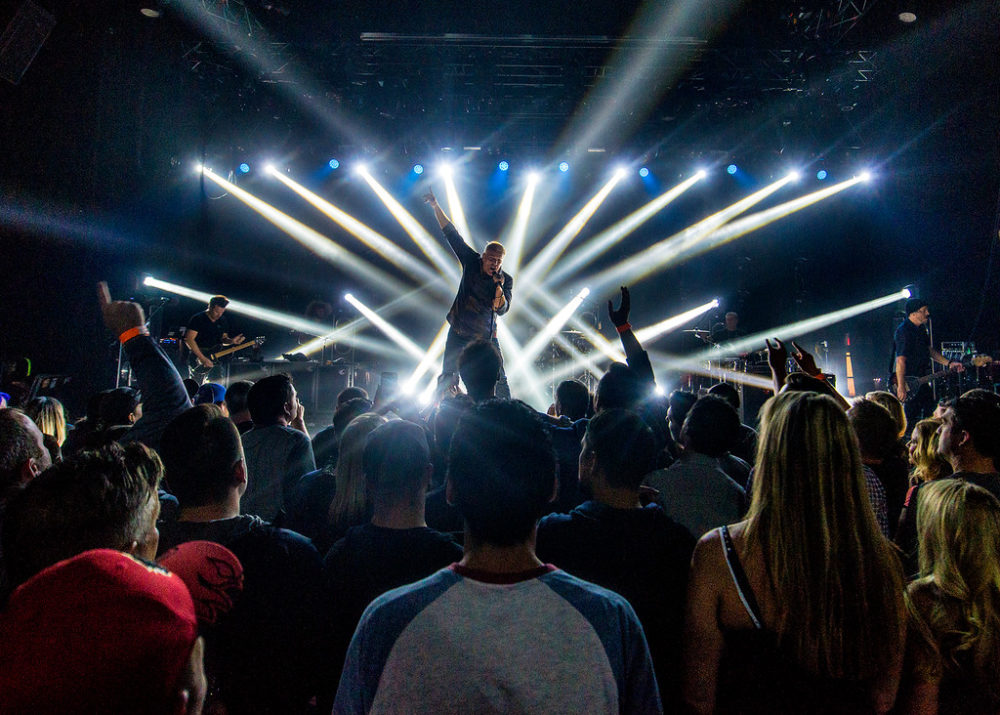 The first act to kick off the night was, The Standstills, a rock duo that hail from Oshawa, Ontario. The duo is made up of Jonny Fox, guitar and vocals, and Renée Couture, drums and vocals. Jonny and Renee formed the Standstills back in 2008. Their stripped down rock sound was reminiscent of The White Stripes with a heavy dose of their own unique western and blues influenced musical sensibilities. I highly recommend you check them out.

Fun Fact: On their current tour with I Mother Earth and Our Lady Peace they were driving  from Kelowna to Grand Prairie when they came upon a grizzly bear eating a moose on the side of the road. They filmed the whole thing. The video has now gone viral with over 500k+ views and counting. It seems a very Canadian-esqe thing to capture on this tour with some of Canada’s greatest alt-rock bands.

Next up was I Mother Earth. Earlier this year it was announced that they would reunite with original vocalist Edwin for the 20th anniversary of the band’s 1996 sophomore release, Scenery and Fish. The audience was initially seated and listening quietly to the first song, but Edwin told the crowd that, “this is not the time to be a polite rock crowd!”, and invited everyone up to the front of the stage. The crowd reacted immediately and rushed to the stage where they spent the rest of the set. IME came to celebrate and they did it sounding as amazing as they did 20 years ago! It was apparent that Edwin and the band love being back together and were revelling in the adoration and excitement from the crowd. Near the end of the show, Edwin said, “it had been way too long of a hiatus”, and he hoped that they would return to Calgary sooner rather than later.

While waiting for the Our Lady Peace stage change I had the opportunity to talk with some of the other concert goers. For many in attendance this wasn’t the first time they’d seen OLP live. Our Lady Peace was formed back in 1992-almost 25 years ago. Some of the younger concert goers talked about growing up listening to OLP, while older fans shared stories of going to shows in college bars before OLP went on to perform in bigger venues. Lead singer, Raine Maida, came out in a black leather jacket with a megaphone in hand singing One Man Army followed by a ton of classic OLP hits. The crowd entusiastically sang along to the extensive OLP catalogue – so many great songs, so many great memories. During the singing of In Repair Raine morphed the song into The Tragically Hip’s, Grace Too. The crowd loved it and cheered as OLP paid homage to another legendary Canadian band that recently played their last tour due to lead singer Gord Downie’s brain cancer diagnosis. During the encore, Raine jumped into the crowd and surfed to the back of the concert venue, never missing a note. Throughout the evening, Raine commented on how he had wanted to come back to Calgary with the band as this city has always been a favourite stop for him. It was a great night, hopefully Raine and the rest of Our Lady Peace will be back again soon!