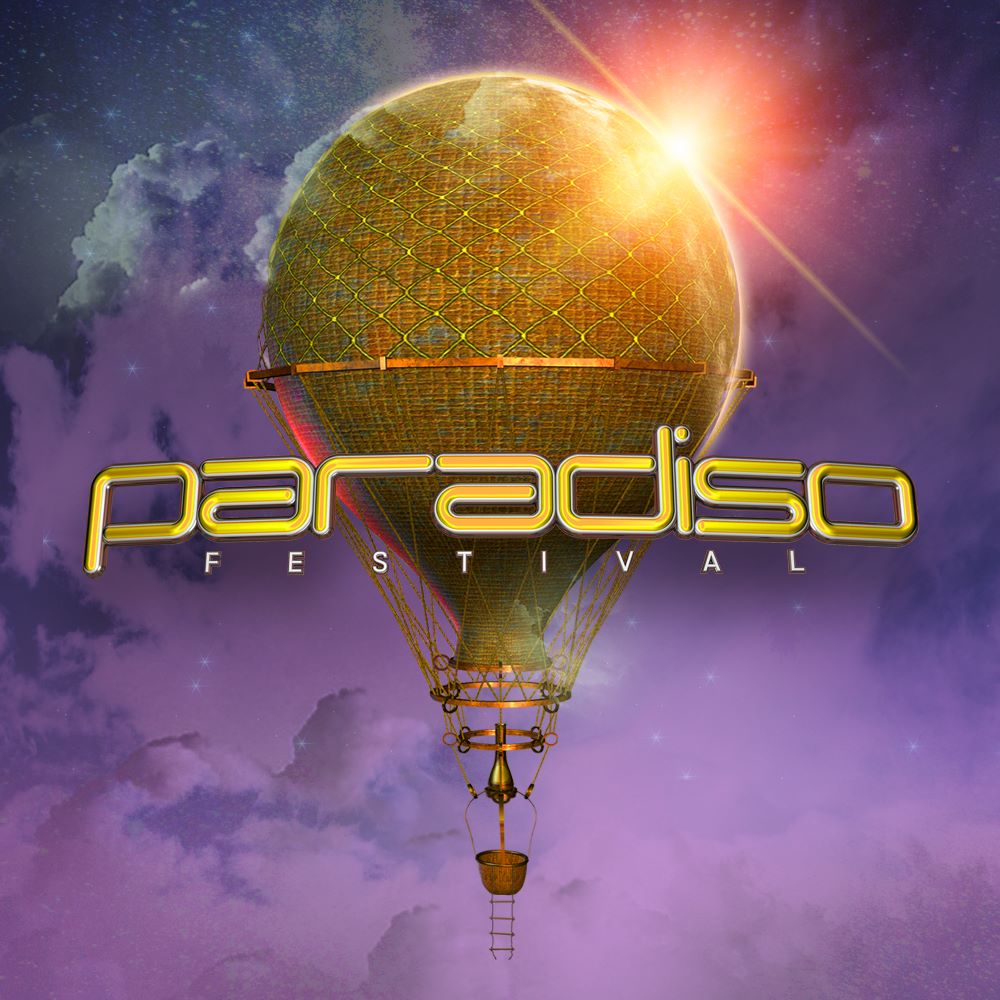 On June 24th and 25th Paradiso Festival launched a shock wave down the throat of the divine Gorge Amphitheatre in Washington state. The festival has been burgeoning since its conception in 2012, with each year bigger and better than the last. Paradiso boasts itself as the largest electronic music festival in the Pacific Northwest, making it a must see for anyone that has a dance itch that needs scratchin’. This year’s lineup featured a wide spectrum of legendary talents such as Bassnectar, Hardwell, Aly & Fila, Caspa and Rusko and many more. With fire jugglers, fireworks, and fire beats dispersed ubiquitously throughout the festival, Paradiso 2016 delivered an inferno of euphoria to sweaty attendees.

The Friday morning at the Gorge campgrounds had a distinct buzz to it. The PNW rave crew anticipated their first real day of summer, and, despite the fierce winds, there was an undeniable consensus of excitement amongst attendees. Every minute brought ten more kandi bedizened ravers, and every hour came with hundreds more smiles. By 2:00 pm the festival gates were a levee holding back a torrent of costumed creatures, and when the levee finally broke these flashy fishys rushed to their respective ecosystems. Bassheads went straight to “The Wreckage”, House and Trance fiends shuffled over to the “Digital Oasis”, and those who came to gaze at the EDM stars made their way over to the epic main stage.

The Gorge had finally begun its transition into madness. Each stage came with an unique flavour to satisfy the needs of their specific crowds. Over at the main stage the DJ’s danced atop a LED throne positioned leagues above the crowd. This mainstage throne was guarded by an army of circus performers and dressed with a fortification of LED walls, lights and smoke screens. In contrast, The Wreckage stage sat in a pit built for the sole purpose of melting faces with bass, and although the highlight of The Wreckage was the sound, the low-frequency hive came with its own massive wall of LEDs. Finally, the smallest stage, The Digital Oasis, wrapped lights and visuals around dancers to allow for maximal mobility.

As the day started, Ravers nestled themselves amongst the various stages and warmed up to the likes of 4B, Chris Lorenzo and Timmy Trumpet. The wind had finally started to temper around the time when Hunter Siegel began to pump out a mix of nostalgic EDM tunes. Across the hill from Siegel, the trapstar Jackal swung his pink hair and a slews of beats at the Wreckage audience. Jackal never hesitated in between drops: he spat a sustained stream of bass and hip-hop elegantly intertwined with Mad Decent tracks from legends like Jack U.

The Paradiso organisers, USC and Live Nation, had ensured that the sunset was a time to bask in good vibes by slotting Thomas Jack into The Oasis during the magical hour. The godfather of tropical house flowed a wave of positive energy onto the crowd, and after an hour of tropical rays, the set culminated with a technicolour rendition of Bob Marley’s Is This Love. From this point on there was no looking back: Paradiso 2016 was in full force.

With the sun down, the majesty of the main stage was available for RL Grime to use as his weapon of mass blasting. RL Grime’s set was even lauded later in the night by bass music legend Datsik, which is particularly impressive considering the scale of Datsik’s performance. The Canadian hailing from Kelowna force-fed the bass monsters at the Wreckage stage an hour and a half of breakneck beats. With Datsik’s shout out to RL Grime, and the fellow Canadian Excision goofing around behind the decks, it truly felt like the PNW Bassfamily were at their very own house party. Considering this intimate vibe, it was incredibly fitting when Datsik played Under the Bridge by the Red Hot Chilli Peppers. Although the night was coming to a close, the energy was at it’s apex. Dillon Francis was wrapping up his set with a moombahtoned version of the 90’s hit All-Star by Smashmouth, and the Bassheads were rolling in and preparing for the brain smashing of the year from their deity: Bassnectar.

The long-haired legend took his rightful spot as the king amongst bassheads and promptly introduced the crowd to his newest material with the song TKO and a minimalist display of visuals. It was not surprising to find that the first portion of the set mimicked the heavy but downtempo feel of Bassnectar’s new album. This wonky vibe eventually escalated to an unbelievable net of lasers cast over the agaped crowd during one of the slowest songs from the new album: Reaching Out. As Reaching Out and it’s lasers faded, the stunned crowd were graced with a few soft piano notes before being absolutely blasted with the monstrous drop from ALESIA X EPROM’s Remix of U Guessed It. Overall, it felt like Bassnectar was catering to the PNW crowd that tends to really appreciate bass drops at maximum insanity, which contrasts his normal consistent stream of intensity. Needless to say, Bassnectar’s newest songs and visuals hit hard, and once again the Basslord left fans speechless.

Festival in Five Words or less

After a short night of sleep for some and continued hours of partying for others, the sun greeted us all with it’s infamous Gorge intensity. We were out of the tents and starting the day in no time as the heat transformed the once airy and comfortable sleeping pod into a sweat lodge, quite a difference from the wind blasted and cloudy nature of the previous day. The energy was high as people turned on their cars, blasted the AC, and turned up their speakers to serenade the grounds with an eclectic assortment of music. We woke up to the sounds of some chill rap, reggae, and some jarringly upbeat mariachi tunes.

Once up and moving, people could come and go with their cars, which I found to be a nice aspect of this style of camping. The option to go buy some normally priced greasy food or have a wash in the river goes a long way. On day 2 the crowd was looking as kandied up as ever with even less clothing than day one, if possible. But who can blame them: it was pretty hot out. The ground shook as Rezz threw down hard at the Digital Oasis stage and the ranks filed in. Some of the palm trees had been removed from the stage area, taking on a slightly less tropical vibe without the likes of Thomas Jack to back it up, but the dancers/jugglers/performers around the edges were as funky as ever.

Cazzette was next on the main stage and had quite the crowd, both because of the music and the fact that there is a line of trees at the top of the amphitheatre providing a long stretch of much desired shade with a drop dead gorgeous view.  Although some people were energized and dancing to the electro house tunes, many others were sitting and saving some energy. Up next was Jauz. As Cazzette ended, a herd of wild bassheads migrated from the wreckage. The shade stayed packed with people, but the open amphitheatre and the pit came alive with headbangers. Jauz delivered a burst of energy to the overheated crowd with a heavy hitting sound and colourful video game-esque visuals.

Back at the Oasis, Destructo brought some house vibes in nice contrast to Jauz. Here we could get our sway and our bop on as the evening rolled in and the dust filled the air. The Oasis stage seemed to provide consistently good times; smiles were abundant as was a general sense of well being. Richards, aka Destructo, was in his element, leading the entranced crowd. At this time, the sunset was nigh and main stage is the place to be for such a glorious event. Madeon took the sunset slot and funked out while fans enjoyed the mix of phenomenal natural beauty and a mind blowingly impressive stage. His vibrant colour scheme and daft punk vibes were a lovely choice for this time of day.

Once the sun went down, the bass turned up. Excision rocked the main stage and What So Not graced the wreckage. As it was the last night, it was obvious the rage was at a peak. What So Not’s crowd was oddly sparse , but his set may have been one of the best of the weekend. A pleasant moment occurred when WSN played Purple Rain in tribute to the late Prince. The feels were real and the moment tender… But it was clear for many fans that the best set of day two delivered by Caspa & Rusko. UK dubstep duo commanded the bass crowd as if they were born doing it. Their OG sound was refreshing as anything, delivering that style that you can truly flow to. It was a bittersweet time when it all came to a close, but with the fireworks shooting and the last beats bumping their way out, it was impossible to leave without a smile on.