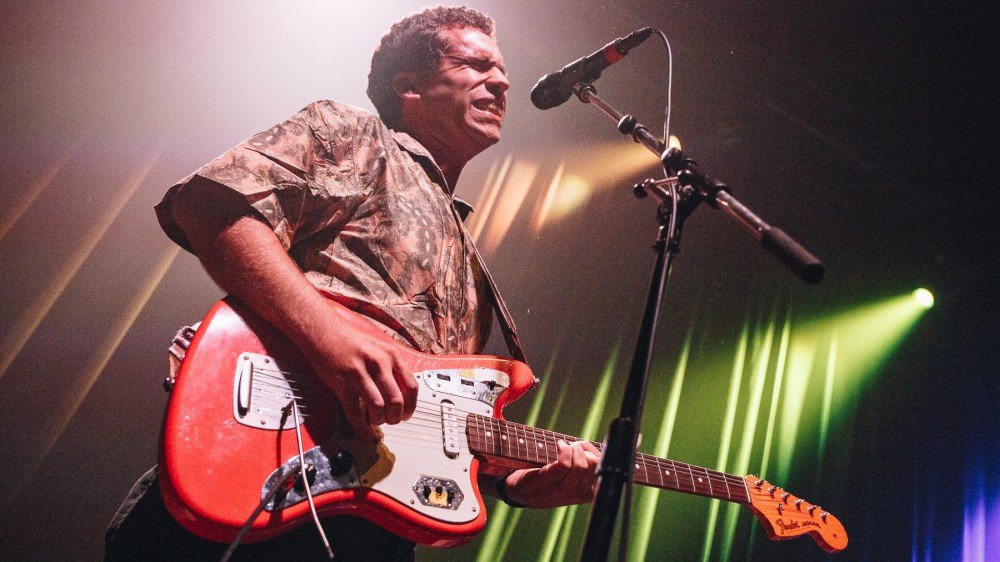 Kicking off the night to a sold out crowd were Beijing based guitar and bass duo Gong Gong Gong. Their songs consisted of rhythmic blues style riffs with palm muted strumming by Tom Ng. The chant-like vocal lines were backed up by bassist Joshua Frank, who also created a hypnotic feedback and used steel on his bass strings to create distorted sound. Their music gave a ‘desert’ road trip vibe that had everyone swaying.

New York City based ‘Art rockers’ Parquet Courts blasted their set open with ‘Total Football’ from their latest fourth album ‘Wide Awake’. The track starts out with a slow beat and quickly ramps up to twice the speed with vocalist Adam Savage shouting into the microphone with their social and political themes. The fans erupted and sang the lyrics as loud as the band. Their sound is hard to define as one sub genre, as one minute they can be playing fast punk to groovy synth and reggae type bass lines of tracks such as ‘Before the Water Gets Too High’. A particular highlight was a fan yelling “You are the best thing to happen to rock ‘n’ roll today!” which has also been backed by Rolling Stone as “the most exciting young band”. Their energy was sustained throughout and closed the show with the abrupt ‘Light Up Gold II’.

The requested photo source cannot be loaded at this time. Photoset not found