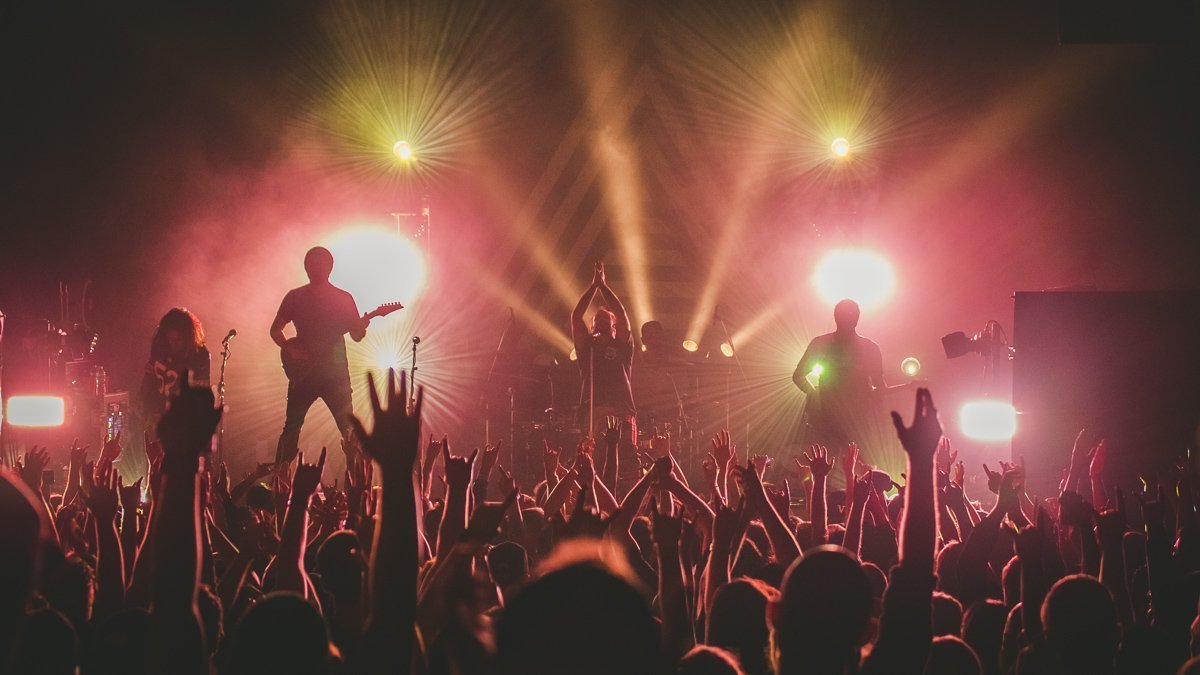 It was a sold-out night full of progressive and technical music performed by three extremely talented artists at the Rickshaw Theatre in Vancouver.

First up where the Californian instrumental trio Covet who had managed to fill out the venue despite being on early. It was clear people were intrigued by their hypnotic chill guitar and jazzy drum beats. Their instrumental set was accompanied by visuals from movies and anime which were perfectly cut to the sudden changes in tempo. Forrest Rice on the drums was particularly smiley and enthusiastic behind the kit which electrified the crowd in cheer. Guitarist Yvette Young danced around the right side of the stage twinkling her fingers on her glittery guitar. Bassist David Adamiak addressed the crowd announcing it was their first Western Canada tour and were grateful to have such a great turnout.

After being thoroughly warmed up with smooth guitar and eccentric drum beats, it was time for something a little heavier. American metalcore legends Veil of Maya took no prisoners when they opened with their bludgeoning 2012 track ‘20/200‘ cutting into ‘Whistleblower‘ , setting off immediate chaos in the pit. Guitarist Marc Okubo thrashed around the stage as if he was possessed by the huge riffs that came from his fingers. Lead singer Lukas Magyar went from screaming guttural vocals to softly wooing the fans during epic chorus lines such as ‘Pool Spray‘ which had many people singing along. As they closed their set, Spencer Sotelo from Periphery joined for one last sing-along during ‘Mikasa‘, giving the audience a taster of more epic vocals to come.

Djent pioneers Periphery strolled onto a dimly lit stage with flashes outlining their silhouettes before kicking off with their 16-minute track ‘Reptile’ from their latest album ‘Periphery IV: Hail Stan’. Spencer whispered the opening lines before the thunderous tones of guitarists Misha Mansoor and Mark Holocomb rained down through the PA. The crowd were extremely receptive and synchronized head banging as the groovy tempos changed with every beat from drummer Matt Halpern.

Periphery have made it known that they like to do things on their own terms, such as self-releasing their latest album after leaving Sumerian Records last year. This also includes their crew with Mark’s brother Jeff Holocomb who had done the lighting design and certainly deserved kudos for producing spectacular colours and illuminations that accompanied the dramatic music as it changed from brutal distortion to glassy heavenly notes.

Despite the setlist containing mostly new songs and what some people thought might be the end, the band came on to finish with their classic song ‘Lune‘, which Spencer deemed as their love song. The final crescendo had the entire venue whaling the outro “wows” that fit so perfectly to end the night.