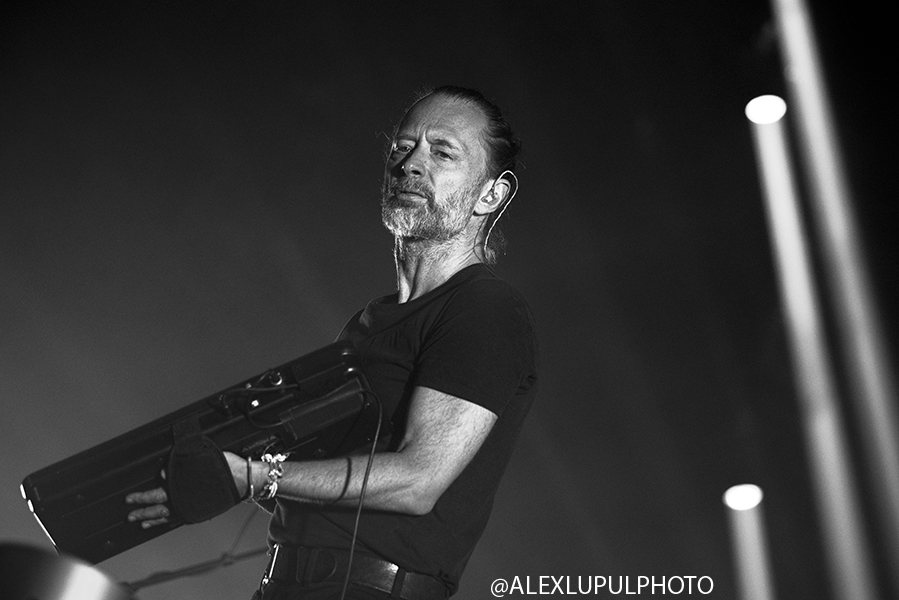 It’s been said that times heals all, but that isn’t always the case. Six years after a stage collapse before a June 16 Radiohead concert, which resulted in the death of drum technician Scott Johnson, a sense of a closure for the band and Johnson’s family has never arrived.

Thoughts of the incident and of Scott Johnson surely must’ve have been weighing on the minds of the band and its team, as Radiohead returned to Toronto for the first time since the 2012 stage collapse.

The band marked their return to the city at the newly renamed Scotiabank Arena, with a sold-out crowd in attendance. With an expansive catalogue of songs from their nine studio albums, the band narrowed their selections down to a 25-song set list, drawing from eight of the recordings (1993’s Pablo Honey was the one album that didn’t make the cut).

Despite drawing from a majority of their studio efforts, the song selections were comprised primarily by those that are slower, and more “downtempo.” Whether this be an intentional or unintentional choice by the band, it ultimately matched the heavy atmosphere shared by all in attendance, as the band performance was more subdued (“Feral,” “Videotape,” “Daydreaming”), than abrasive (“Myxomatosis”) or anthemic (“Karma Police”).

While the band as a whole isn’t renowned for bounding about the stage (that duty is usually reserved for front man Thom Yorke, as seen in the “Bloom” music video), the band were particularly reserved during the first of two nights at the downtown Toronto venue. But it was before the final song of the evening that the band opened up to the audience.

“We wanted to do a show in Toronto, the stage collapsed, killing one of our colleagues and friends,” Yorke said. “The people who should be held accountable are still not being held accountable in your city. The silence is fucking deafening.”

Stepping away from the microphone and dropping his head, Yorke wordlessly requested a moment of silence. Unfortunately, some concert-goers didn’t get the memo.

Despite the sell-out crowd gathered together, during the moment of silence you should’ve been able to hear a pin drop. Sadly, all you could hear were sporadic shouts from the crowd, loudly stating their love for Thom and the band. These outbursts were quickly met with shushing and additional shouts telling the perpetrators to “shut up.”

Nevertheless, the band concluded the moment of silence with a thank you before playing their final song of the evening, “Karma Police.”

The OK Computer track was befitting, given Yorke’s comments just moments before, with lyrics stating to “arrest this man” and a refrain of “this is what you’ll get, when you mess with us.” Perhaps foreshadowing future legal proceedings in hopes of finally breaking the deafening silence.