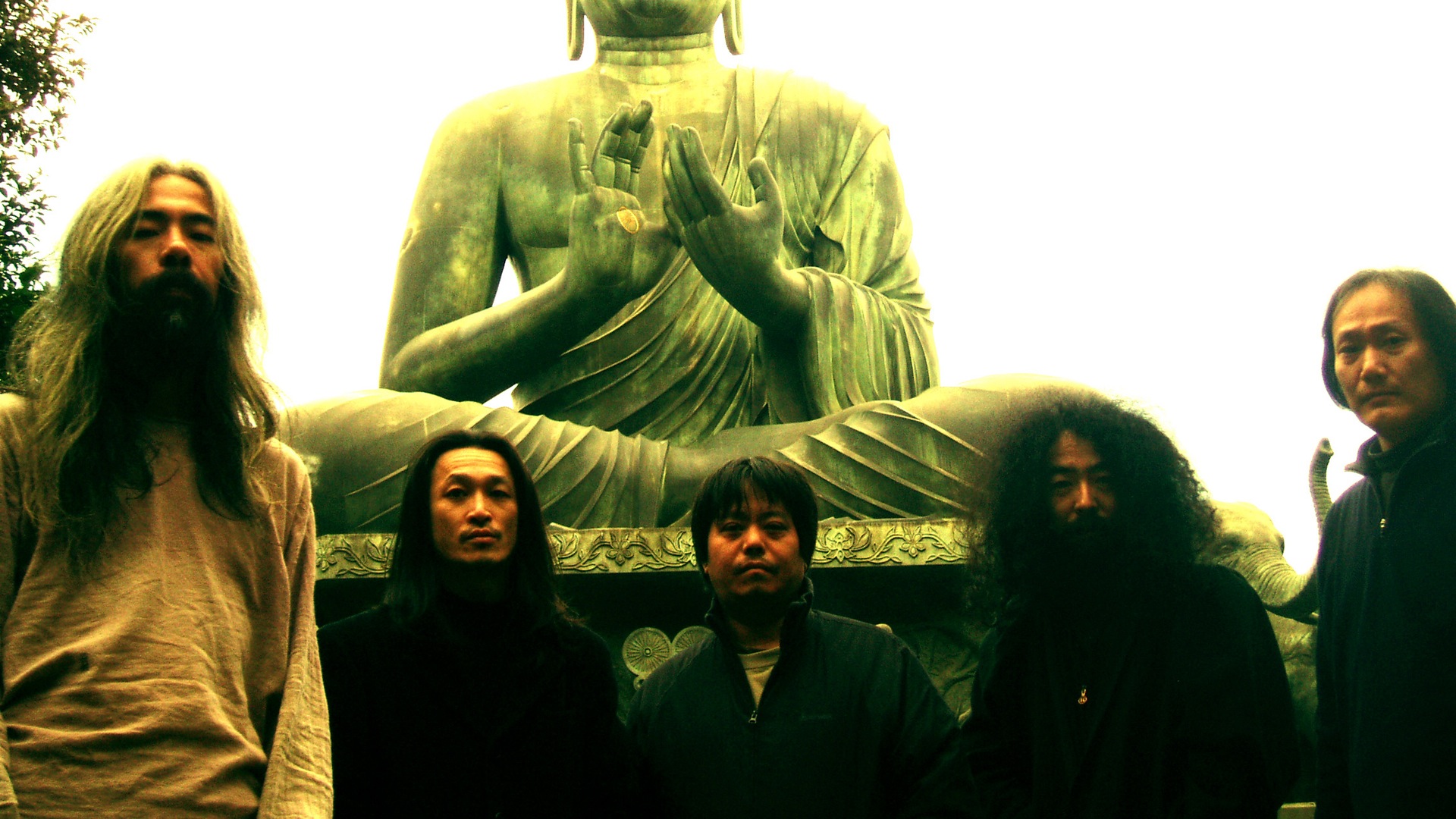 Attracting a dense crowd of Vancouverites, Acid Mothers Temples thrilled a dedicated audience at the Media Club. Acid Mothers Temples earned themselves a reputation as a formidable touring act; 19 days into the Canadian & American “Astrorgasm From The Inner Temple Tour,” band leader and lead guitarist Kawabata Makoto lead Vancouver deep into the cosmos with thundering tunes with eastern inspired melodies and face-melting guitar solos. Supported by like minded sound carriers Perhaps, a spacey psych group with lengthy progressive jams from Boston, who have previously toured with 70s progressive rock giants Hawkwind, it was a psychedelic evening of unusual proportions for Vancouver.

Performing their recent release Kamikaze, Perhaps, a five-piece with a similar stage setup to AMT, meandered and thundered through epic pieces, sometimes veering in tangent for a sharp and thundering drum solo or tempo shifting bridge. Playing with minimal pauses for a full hour, Perhaps set a strong, abstract tone for the evening.

. Performing sections from Astrogasm From The Inner Space as well as many old AMT favourites, the five psychedelic veterans cultivate a strange but seductive atmosphere of psychedelic madness. AMT’s previous tour date consisted of a sold out show with Tjuanta, a foursome of psychy instrumentalists from Colorado, at Logan’s Pub in Victoria. Two years later, Vancouver’s turnout for the AMT has grown considerably; there was anticipation in the air as the furious cosmic jams commenced. Looking well seasoned from years of touring, AMT are masters of their cosmic craft; turning out heavy-stoner inspired jams with heavy doses of spacey abstract strangeness. Rocking through the fan favourite “Pink Lady Lemonaide” Kawabata Makoto fiercely shredded solos on his guitar, removing the guitar strap and continuing to play as he hoisted his instrument above his head. The main hypnotic melody of the song descended into a distant and abstract improvisational piece in a different key; the band effortless switched gears. As the piece drew to a close, the airy melody of “Pink Lady Lemonaide” returned for a brief moment before Kawabata launched his guitar into the air with a passionate body language that seldom, if ever, is equalled or passed. The casual ritualism of the five Acid Mothers Temples members is a perplexing image in of itself. Add in the bombastic stoner jams, infectious and psychedelic use of eastern scales and a stage presence and it seems as if the band is touch with spirits.

Rocking out for a full furious hour, AMT returned to the stage and beckoned the crowd to buy their merchandise “We are a DIY band” declared Kawabata. Apparently some folks in Vancouver got the message; all of the vinyl and most tour shirt sizes were completely sold out before the end of the show. The band pays the bills with the income from their prolific self releases, tour posters and t-shirts. With such modest cover charges to see such an out of this world band, buying a poster or t-shirt with mind-numbing Acid Mothers Temple artwork is a thoughtful tip to sonic masterminds. Gearing up for an encore, AMT commenced the heavy, menacingly powerful riff of “Dark Stars in The Dazzling Sky.” Bearing of mammoth heaviness, the sounds of AMT present more colour, abstraction and the crowd has no idea of the meaning of the ritualistic Japanese chanting from vocalist/bassist Tsuyama Atsushi, but the language barrier adds to the mystery and adventure of such abstract sonic journeys.

The talent and cosmic headspace of the group is further complemented by their extreme work ethic and prolific creative capacity. As Kawabata waved his black fender mid solo, scorch marks and melted plastic of the white pick guard were visible. Soloing with reckless fury on the same black fender he set aflame at this year’s Austin Psych Fest, the dedication of Kawabata Makoto & company to their cosmic journey is clear.