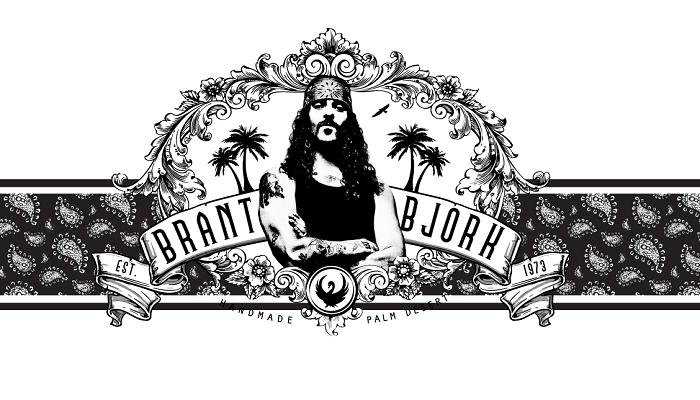 Quickly revving up a feverous excitement among stoner rock fans as a supporting act for Corrosion of Conformity, Brant Bjork and his latest supporting outfit of desert punks (the Low Desert Punks, to be exact) unleashed a set of stoner rock that could hardly be more authentic. Originally obtaining fame as the cymbal crashing drummer for Kyuss, Brant Bjork has also manned the kit for Fu Manchu. While some might lament the loss of a drummer with such a distinct and workable style to a guitar based solo career, Brant Bjork’s beaming onstage presence and all-around embodiment of rock n’ roll suggest the implausibility of him doing anything else. Mr. Bjork is the epitome of desert groove and a celebrated riff connoisseur.

Opening up with the quintessential “The Low Desert Punk,” now the namesake of his supporting musicians, Bjork’s latest incarnation features more volume and buzz than his previous unit, the Bros. The Low Desert Punks look as if they were recruited from a skate park but they have no shortage of chops or stoner rock credibility. Bassist Dave Dinsmore previously supplied base for Bjork’s old band Che and steadily churned out the meaty bones of the music, often playing his bass at an almost vertical angle. Drummer Tont Tornay crashed and pounded the kit in a style befitting a disciple of Kyuss. Though not quite as clean and tight as the jazz-foundation of Bro drummer Alfredo Hernández, his style was composed of a more living and punkish attitude that felt at home with his fellow musicians.

Brant showed some theatrics with his vocals, raising his cannabis tattooed arm above his head in an enthusiastic bridge to a long-winded jam. Most songs were recognizable but none could be called carbon copies of their studio counterparts; Bjork & co have fun rearranging old tunes and adding a splice of improvisation with extended meandering guitar melodies. The set drew heavily from Bjork’s 1999 solo debut Jalamanta. Breaking out a fantastic rendition of “Too Many Chiefs, Not Enough Indians,” the song was extended to the better part of ten minutes. The excessively simplistic but undeniably infectious riff of “Automatic Fantastic” from Somero Sol was dressed up with the atmospheric intro of “Lazy Bones.” The airy, bass thudding instrumental also served to unwind the same number.

Once these musicians warmed up their machine, their engine progressively generated more and more power until the audience head banged hypnotically and traveled to a place devoid of cares and worries. With such a healthy dose of volume and no shortage of groove, Bjork music prioritizes the basics of his music. There is no pretentioun, the only desired outcome is effectiveness. The recycling of three-part power chord progressions has never worked better; Bjork embodies a Jimi-Hendrix like spirit of rock and roll while playing infectious power chords not unlike Kurt Cobain. Never neglecting homage to their freedom-inspired home in the Palm Desert, Bjork & company embody neither anger nor resentment. This is feel good music.