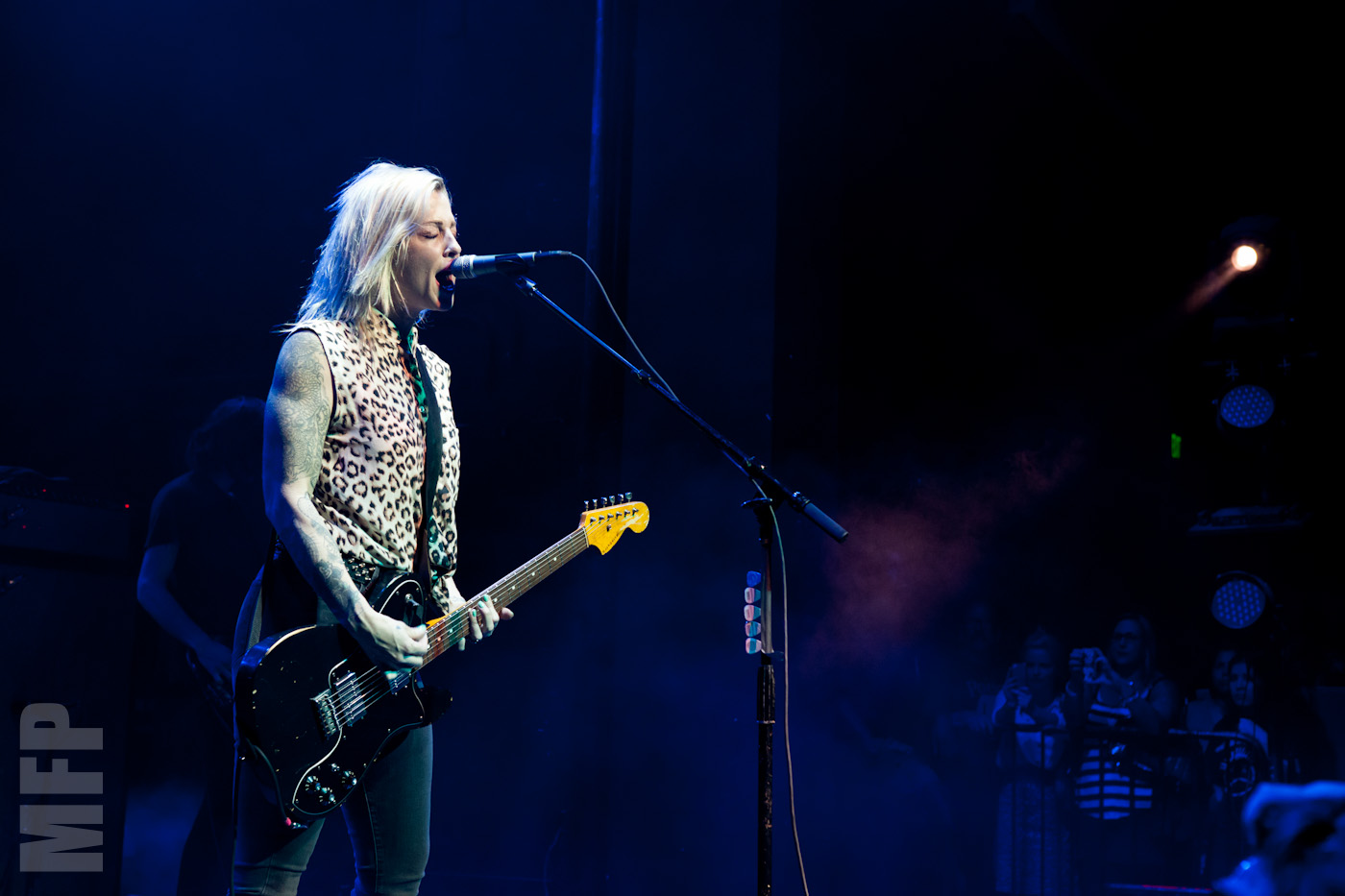 Upon entering The Observatory I didn’t know what to expect on a Thursday night or if there was an opening band. The Singles came on the stage and brought their 1960s style rock and roll to the almost full venue. There’s something timeless about good old fashion Rock and Roll. I think it might be the effortless attitude or the big Pop hooks. Maybe it’s the appeal of songs about heartbreak. Whatever the reason is The Singles brought it so well that I saw a crust punk bobbing his head along. Singer, Vinnie, was polite and sincere when greeted by the crowd’s complimentary applause. There was one girl who kept asking Vinnie to “take his shirt off”, to which he replied “usually they want the girls to do that”. This was followed by a large smile, which beamed from a face framed by a large mop of black hair. This is a band you should all check out.

After a 30 minute intermission Brody Dalle took the stage, gone was her jet black hair, which once defied gravity in the form of liberty spikes. Her hair was blonde and down, a more mature look, but her pissed off demeanour and punk spirit was fully intact. She came out, backed by a four piece band, including Fidlar’s drummer Max Kuehn. The band started off by playing ‘Rat Race’ and ‘Don’t Mess With Me’ from Brody’s new, amazing album Diploid Love. Then, as if to tell that crowd that she hasn’t forgotten where she came from they launched into ‘I Am A Revenant’ from the classic Sing, Sing Death House. From there it was a The Distillers heavy set balanced with her new solo material, which mixed in seamlessly. The ‘I don’t give a fuck what you think’ attitude of punk was a live and well when she took a moment to dedicate ‘Sick of it All’ by saying “Cunts who shoot people, fuck you!” The pace was breakneck and the crowd ate it up. The show was amazing and it’s great to see Brody Dalle still making amazing music and growing as an artist.

In closing, The Singles were a pleasant surprise and go see Brody Dalle, especially if you never go the chance to see The Distillers.