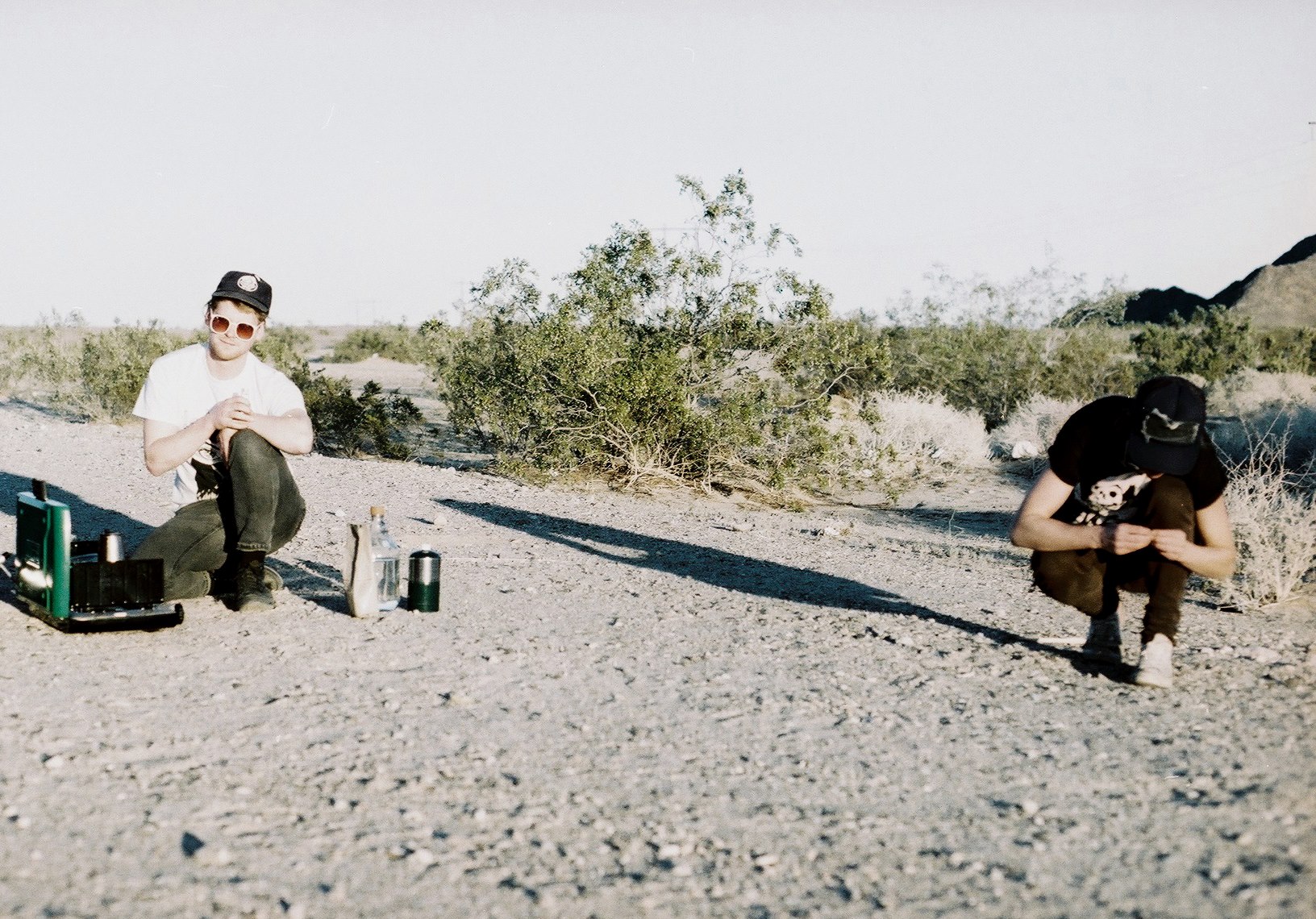 Victoria’s Lucky Bar got a boast from Halifax’s hardest working band, the pop rock two-piece Cousins. Scrappy pop rock overflowing with catchy guitar hooks, Cousins distinguish themselves with strong songwriting and instrumental finesse. Playing with stylistic flexibility, their set composed of a compelling array of quirky rockers and intimate slow ballads in support of their new effort The Halls of Wickerwire.

Cousins are no strangers to the open road; the band spends most of their time touring. When guitarist vocalist Aaron Mangle and drummer Leigh Dotey are home in Halifax, local bands are often stunned to see them around. Starting off a new tour on the Canadian west coast, Cousins arrived late at the venue due to a safety drill on the ferry. Quickly setting up, the duo quickly found a groove and fired through a strong series of seasoned song craft. Jangling between the high ranges of his guitar while simultaneously maintaining a steady bass line, Mangle’s guitar work is spastic in style but refined in execution. Good natured punk aesthetics combined with sarcastic anthems about love or bad government, Cousins trail away from well trodden territory with material with crisp, measured distortions, booming drums and infectiously catchy song writing. Though not overly technical in approach, Cousins’ long experience in spontaneously fun and carefree sounding rock n’ roll has helped refine their craft to a style that is jagged, fun and energetic. Most importantly, the music is catchy as hell. The chilling falling vocals of the grim yet upbeat bullet “Alone” gain support from a guitar onslaught that is gritty but not overblown. Cousins grew up listening to East Coast Canadian groups like Eric’s Trip and Sloan and it shows in their textured guitar tones, loud/quiet/loud song structures and overall dexterity.

The new record,distributed by Badabing Records inthe USA and, Hand Drawn Dracula in Canada, shows an extension of the strong song writing as their debut record The Palm at the End of Your Mind without ever feeling like an overcooked meal. Recorded in 2012, that batch of songs sat unreleased due to complications at the Record Label; it’s a shame, the lo-fi attitude exemplifies the spontaneous and genuine nature of this band and it sounds fresh and new. Bright smiles on the faces of the musical duo added to the ragged guitar shredding which fell somewhere between Sonic Youth and Stephen Malkmus & the Jicks.

“This next song is about government and when it doesn’t work. We haven’t had a single political conversation in Victoria, all people talk about is relaxing” chuckled Aaron to the crowd as he tuned his guitar. The music’s wondrous attitude and tangible hooks suit the west coast well; their dreamy, innocent and youthful sound like the soundtrack on a walk to a beach fire or a dreamy sunny day jaunt. Applauded by the crowd for their strong set of light washy distortion and warm dreamy garage pop numbers, Cousins’ joked about all their favourite local beaches before gearing down with a short encore. Band members Aaron and Leigh were recently married during a day off on tour, while Leigh recovered from an illness and was high on painkillers. These two have chemistry; such commitment to accessible yet uncompromising fun rock and roll is rarely matched. These are the Cousins you want to visit.