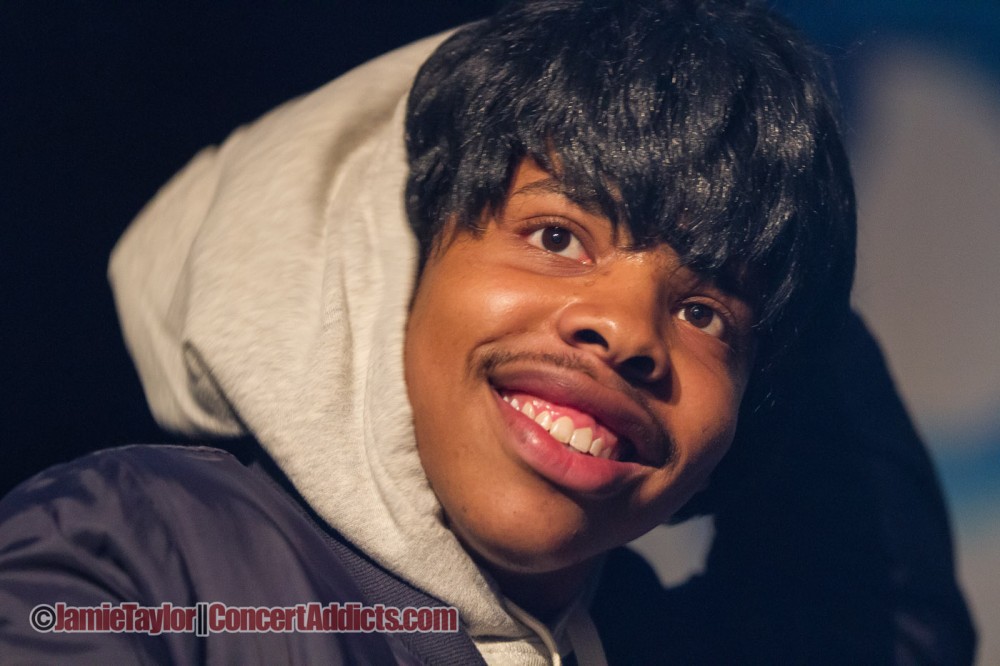 At this point in time, it’s hard to tell if Earl Sweatshirt the rapper is as famous as Earl Sweatshirt’s story. At 16, he was a member of notorious rap collective Odd Future but went on hiatus after being sent to boarding school in Samoa by his mother. In Odd Future songs, the words “Free Earl” came up multiple times further perpetuating the myth of his missing. Despite having just his Earl mixtape under his belt, he got put in the spotlight because of the odd terms of his sudden departure. Though the story isn’t entirely clear, Earl (birth name Thebe Neruda Kgositsile) is back with a new sense of maturity while still clinging on to the raw, unbridled energy that launched Odd Future to its fame.

Hyped seems to undermine Earl’s return to the rap game. The rumors of his return came from every which way and this followed with speculation that he had plans for a full album. Furthermore, the murmurs continued as to what his sound may be like. Was he going to be reformed? Was he still going to be the Earl from his first mixtape? We were teased with songs and contributions each indicating a more thorough mastery of rhythm and rhyming. All signs seemed to point to Earl being at a whole new level.

On Halloween of all nights, Earl made a stop in Vancouver to close out his Doris tour. Performing tracks primarily off the album of the same name, Earl was supposed to accompanied by frequent guest Vince Staples, but he was absent due to border issues. What bothers me is just how much this absence seemed to epitomize most of the show. The performances of Hive, Molasses, and Whoa all seemed to be lacking due to Earl being on his own. One of my most highly anticipated moments of the night was going to be seeing Earl and Vince do their verses on Hive and though Earl tried to make up for it by getting the audience involved, it was unfortunately obvious that a piece was missing.

Additionally, Earl’s change of direction on Doris made the concert feel kind of confused. After Syd tha Kyd did a DJ set to pump the crowd, he carried the energy only go into his more personal and emotional songs. It’s undeniable that Doris brings about a whole new side to Earl’s musicianship, and this side is not as cohesive with the party mentality the show boasted. It’s the problem with having personal songs as interludes to the songs that get the crowds rowdy. What’s most unfortunate is that Earl was at his best when he seemed to just let the song take over. On Hive, he perfected every verse in a live atmosphere, but the accomplishment seemed lost in the atmosphere of it all; he managed to outdo the studio recording of Burgundy, but again, the feat seemed drowned out by the energetic atmosphere. At times I felt strained to really hear him rap, but this wasn’t necessarily an issue as the overall experience was astounding.

This was my second Odd Future related show and for the second time, the crowd blows me away. Sure, there were a few overly aggressive people and some that looked way too young to be there, but these people bring their all to these shows and I have to respect them for that. To be truthful, one could complain about the crowd if they so choose to, but to do so would be like going to hockey game and complaining like the cheering when the home team scores. These people have huge amounts of fandom for the members of Odd Future for their own reason, and it manifests itself in pure energy. This is why I restricted myself to the balcony this time: I wanted to be able to just watch and take it all in.

So this leaves me in an awkward position. As a concert, I was left wanting more. I personally prefer on Doris when Earl opens up and raps about things close to him. On Chum, he brings up dealing with his father leaving when he was 6 and how he fell into the “wrong” group. These are moments that are heightened by a masterful use of language with one foot in powerful spoken word and the other in conventional hip hop. These songs seemed to be hindered by the atmosphere and thus felt flat. As I mentioned before, the moments where Vince was going to be featured (Earl even teased us by saying Domo Genesis would’ve made an appearance if he was not preoccupied) made halts in between songs. But as a show, it flourished. Earl was charismatic and charming in his monologues and crowd interaction in between songs. In the spirit of Halloween, he even had an onstage costume party. So for an overall experience, it made for great entertainment. I can’t help but shake the feeling that my expectations for the concert left me disappointed. It was my preconceived notion of how the performance was going to be that made it feel flat.

The dichotomy between Earl the rapper and Earl the performer made the concert lack cohesion, but both personas were at the top of their respective games. I can’t really come to a conclusive evaluation of the show, but I will say this: for $35 a ticket, fans certainly got more than their money’s worth. What’s more, Earl has solidified himself as one of the top in the game with the release of Doris, his Coachella performance, and the tour that concluded in foggy Vancouver on Halloween. What’s next for Earl, I can’t say, but the mythos only grows more intriguing for a 19 year old kid with messages only he has the eloquence to convey.