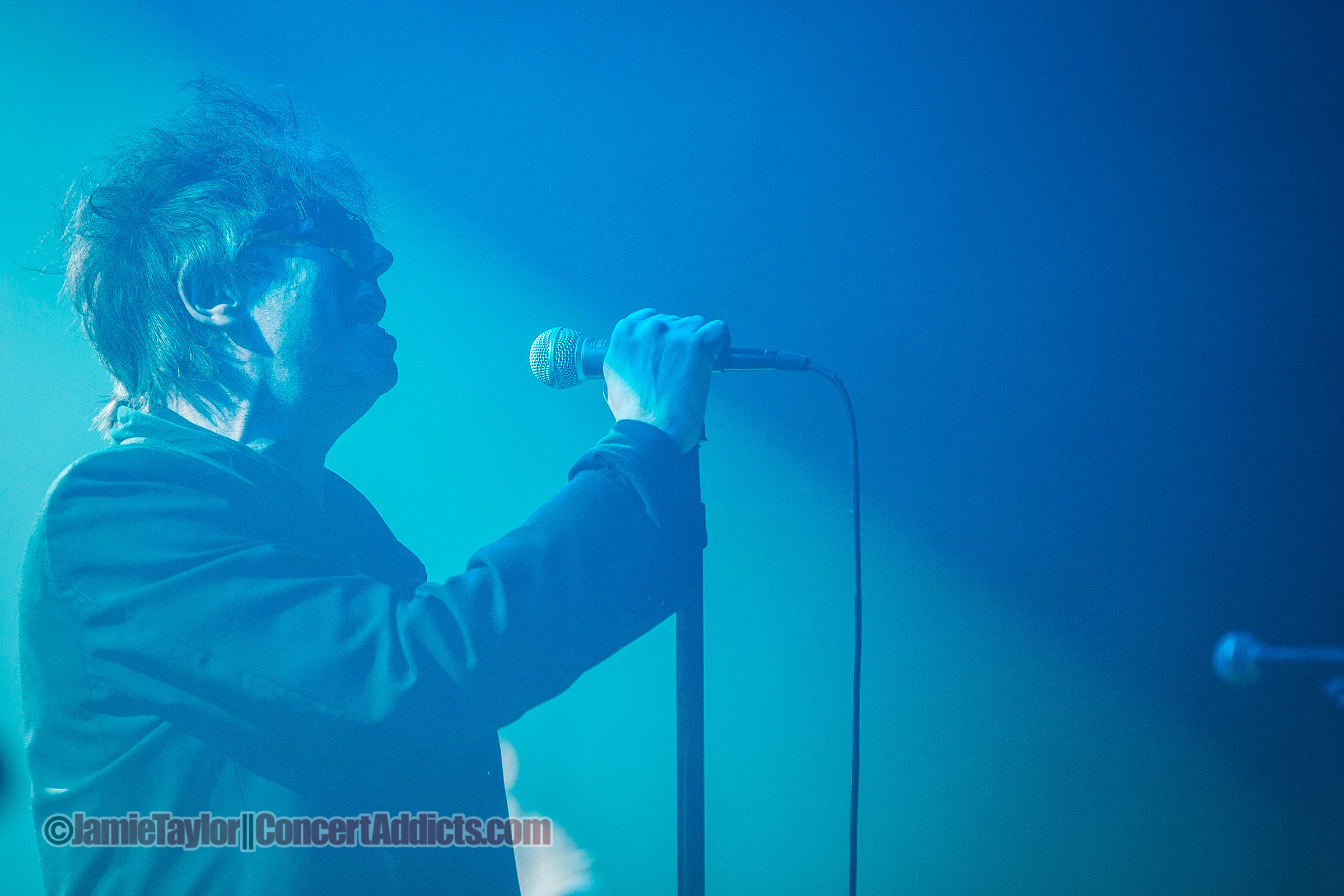 Minor key cult favourites Echo & the Bunnymen led a dedicated audience through a tasteful set of originals, finely executed covers as well as new and notable compositions on their 2014 tour. Fronted by the poetic and romantic mannerisms of Ian McCulloch, Echo & the Bunnymen delighted a crowd of dedicated fans with an unusually high calibre of performance and introspective atmosphere.

Opening with the opening track from their new album Meteorites, the Bunnymen demonstrated their seasoned musical aptitude by playing career spanning selections with exquisite precision. A six piece band with balanced and tasteful arrangements of tried and tested material, the Bunnymen are a strong pack of hired guns, with the exception of Will Sergeant, who faithfully support their front man. Several songs were linked together through a playful medley, keeping their songs fresh, playful and surprising. “Holy Moses” a newly penned cut, stood out among older material and suggests that McCulloch & company are in a fine and functional form. Finding a respectable balance between lyrical allusion, tender arrangements and a brooding atmosphere, Echo & The Bunnymen’s latest output doesn’t drown in comparison to the band’s ‘80s material. The older penned selections of the evening never sounded antiquated in comparison to the surprising strength of the newer cuts, and were occasionally melded together. Shorter numbers were packaged together in almost seamless segues, including a killer take on “Road House Blues.” Standing in the center of the stage, McCulloch looked in natural form as he leaned against his microphone and emulated Jim Morrison. Later on in the set, the band would also dust off cover of “People are Strange.”

Echo & the Bunnymen perform with a moody style and brooding romanticism that is often emulated but seldom equaled; the six piece band has a penchant not only for rearrangements, but also for maintaining a minimalist style that never overcooks sentiment. Professional without ever sounding overdone, few groups are as perfectly suited to an evening with the stunning acoustics of Vancouver’s Commodore Ballroom as Echo & the Bunnymen. “This is another new song, its psychedelic, whatever that means” said McCulloch calmly mid-set. The atmospheric fatalism of the 1984 album Ocean Rain served as a rare and analogue respite from the energetic pop of the ‘80s; McCulloch has watched the rise and fall of various genres, not to mention the impact of his own musical influence.

Tying off the main set with two undisputed classics, Echo & the Bunnymen pulled off an immaculate rendition of the undeniably gorgeous “The Killing Moon;” “Fate/up against your will/ through the thick and thin/ you must wait until/ you give yourself to him.” Performed with the same reverence as his renditions of the Doors compositions, the singer’s immense satisfaction with his most celebrated song was infectious. McCulloch has stated that he believes “The Killing Moon” could contend for the title of best song ever written; 20 years on and the composition continues to brightly sparkle. Ending the set with “The Cutter,” McCulloch & company left the stage after a solid hour long performance.

A first encore included another batch of segued tunes, including a respectful and loving take on Lou Reed’s “Take a Walk on the Wild Side.” Between all these covers, it is easy to see where McCulloch draws his poetic inspiration. After a few more songs, and another encore, the Bunnymen returned to dust off a song they allegedly haven’t played in awhile. The magnificent string arrangements and echoed guitar leads of the opening track of Ocean Rain “Silver” rang out; “Just Look at You/ With Burning Lips/ you’re Living Proof/ at my Fingertips.” Concluding an evening of concise and expert performance, the band retired before any signal of fatigue or diminishment became apparent. These aren’t the sort of artists who will show up with anything less than their best.