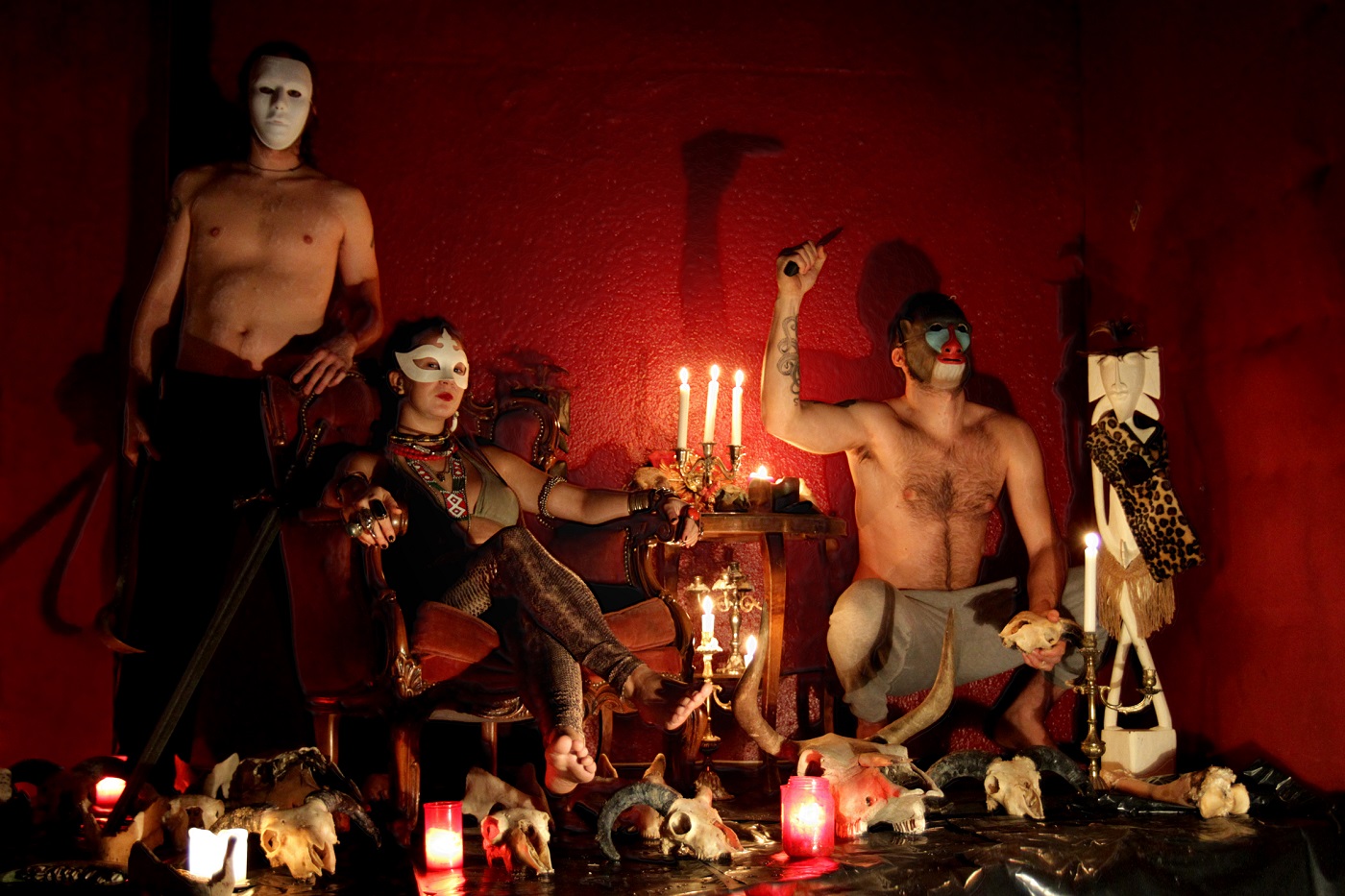 Goat, a voodooesque seven piece jam band originating from northern Sweden, unleashed bombastic tribal rhythms and psychedelic wildness upon the audience at Vancouver’s Rickshaw Theatre. Goat astonished new comers and delighted fans with a performance that can be described in two words: Mind Blowing. The rising popularity of the recent neo- psychedelic wave has demonstrated many trippy, bizarre and intensely psychedelic visuals but few other artists can compare to Goat.

Goat is both sonically and visually compelling, but the astonishing brightly clad girl duo sporting headdress, shaking maracas and tambourines is a sight to remember. Consisting of two fender wielding guitarists, one wearing a black hood, the other a mask, a masked Rickenbacker bassist, a full drum kit as well as a hand drum percussionist, the bouncing rhythms of Goat are layered with Santana-like guitar leads and Black Sabbath-inspired riffs. Dancing wildly, the voodoo priestesses shrieked over a tight rhythm section. The extremely tight but relatively simple drumming, augmented by the heavy use of the female vocalists’ hand percussions, stand out as spooky and mind-numbing beats of the masked hand drummer. The seven piece band, while extensive, plays with an economic style allowing all instruments to be distinctly heard; the sound is clean but excessively trippy and suggestive of a new take on world rhythms. Goat sound more akin to Tuareg music groups like Bombino and Tinariwen than any remotely Swedish.

Performing the entirety of their debut album World Music, Goat massacred the senses of the audience with trippy indulgent jams, pounding rhythms and spirited dances of the two wildly clothed headdresses. The sight of the band, tall, anonymous shamans adoring masks, cloaks and dark hoods with their meandering and persistent jams is simply hypnotizing. The visual flash and menacing tone and rhythms of Goat are not done justice in online videos; their performance is a live experience not to be missed. The quality of song craft amongst Goat’s repertoire is surprisingly consistent but the tune “Run To Your Mama,” featuring a focus on the thundering tribal hand drums and a short, savagely toned guitar riff, is a definite standout. The two wailing vocalists, arms and heads flailed vividly in their dance as if invoking some ancient spirits.

The evening’s musical performances, including the two strong sets from opening Holy Wave and Three Wolf Moon more than satisfied concert goers at the Rickshaw. The most fantastic part, however, is the fanatical, bizarre, colourful, and menacing stage performances of the anonymous Goat collective and all the spirits they invoke. Long Live Goat!