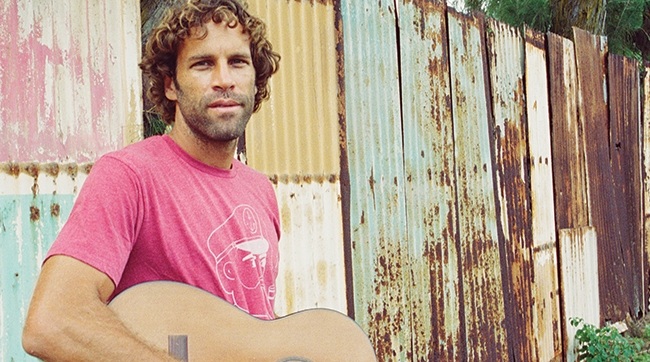 Capping off a beautiful, sunny and rather warm Thanksgiving long weekend, Jack Johnson and Bahamas treated Vancouverites to a night to remember at the Orpheum Theatre.

Opening for Jack Johnson on his current tour is an artist signed to Jack’s personal record label Brushfire Records. Alfie Jurvanen, who goes by the stage name Bahamas, is a one-man band. On this particular tour he was supported by backing vocals and a percussionist. They quite beautifully added to the full sound of his performance. In a city where the openers play to a half-filled venue with surprising regularity, the fact that The Orpheum was at capacity and brimming with an excited buzz as Bahamas took to the stage was a clear indicator of just how much of fanfare the Toronto-based Canadian folk music artist has in Vancouver. Having not done my research pre-show, I was initially surprised to see a stage set-up structured to highlight one man as opposed to a band. The plural name “Bahamas” seemed to suggest otherwise to me, a more passive radio listener of this artist. In the end, I was impressed with Bahamas live show and appreciated his comedic timing and just how charismatic his interactions with his audience were. He showed his sophistication as an artist in his command of stage presence and definitely garnered some new-found appreciation from Vancouverites that had not yet been exposed to the sound of Bahamas. He easily proved himself to be more of “double bill” material than merely an opening act. I hope that Bahamas doesn’t wait too long before giving Vancouver another chance to go out and see him perform.

Without much further ado, Jack Johnson was on the stage. He opened with “Do you Remember,” a beautiful song about his college sweetheart turned wife of over twenty years, and he made sure to update and play with the lyrics to really capture how long they have been together. I remember he did a similar thing with this very song last time he played here in Vancouver, and even though I was at the far end of the stadium, up in the nosebleeds where he was but a blur, I still remember that moment in the show. There is a deep respect I have for a musician who so respectfully and beautifully seems to balance the demands and distractions of his profession with privacy and longevity in his personal life.

After he concluded his opening number, sitting on a simple wooden stool he leaned into the microphone and announced “Alright, so that’s about all I have planned. Any requests?” This gesture to invite his fans to drive the performance was rather magical. He took quite a few requests, played what his audience wanted to hear and seemed to really respect those requests as well. He shared with his fans stories and context surrounding what inspired various old fan favourites. I for one loved every single second of it. I hung off each and every anecdote, and easily felt as though I could never get enough. One of my favourite people was sitting beside me and she leaned over and exclaimed in some sort of disbelief “is this really happening? this is amazing.” I tend to agree. All too often lately I’ve attended shows where the artist plays an extraordinarily high percentage of their newest and latest material. While I can appreciate it is important for any artist to change their sets from night to night or year to year, it was refreshing to be invited to request some old favourites from his earliest albums. Of course, an entire night of requests would tire after a while and Jack Johnson tastefully played a number of requests before inviting his other band members to the stage to add yet more depth and texture to his performance. I was absolutely floored by the range of musical instruments band member Zach Gill mastered throughout the night. From piano to keyboard, to back up vocals, xylophone, accordion and a few other instruments whose names escape me- he is clearly a master at his craft and an incredible asset to Jack Johnson’s band and performance as a whole. Bassist Merlo Podlewski maintained a gentle dance sway and pace forward and back through much of the performance, quietly and beautifully holding the bass line. That was, until all of a sudden he began to deliver a rap performance that easily rivals Eminem. In that moment he sounded and looked truly in his element, clearly in the right groove. In many ways, that very performance stole the show. As I exited the theatre at the end of the night, everyone was talking about his seemingly out-of-the-blue and brilliant solo performance. I was happy to hear them perform “Shot Reverse Shot” off Jack’s latest album as well as “Tape Deck.” And then, as if it were possible for Jack Johnson’s performance could get any better, it did. He came back on stage for his encore and decided to completely unplug- no speakers and no microphone. With a silent, full Orpheum theatre, Jack Johnson treated his fans to a few gems. We were hushed, then we were invited to gently sing along, all basking in the sound, and the uniqueness of this very moment in time and place. It was an absolutely delightful experience to be a part of and on a weekend where everyone was flooding my social media networks with their various declarations of thankfulness, this moment really was one for the memory banks and one where I left elated to have been one of the lucky enough few fans to have been granted a password and a chance to see one of my longstanding favourite artists at that very time, in that very place.