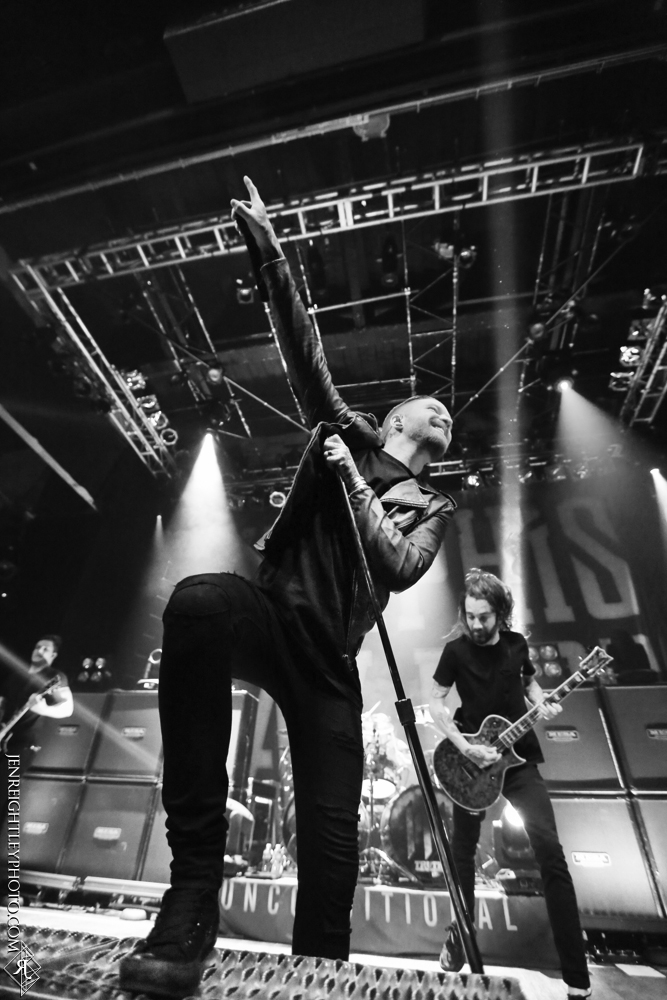 There are certain things I love about Southern California. Of these things, one in particular is that we have access to 3 beautiful House of Blues venues. When we arrived on Sunset Strip, you could see why this city is the entertainment capitol of the world. With risqué billboards and 24-hour restaurants, Los Angeles has a unique ambiance that makes you feel at home and otherworldly at the same time.

Nestled towards the end of Sunset, the House of Blues looks like a converted barn in between towering hotels and concrete leviathans. A black line wrapped around the building, as people of all ages and sizes came out to support a truly excellent lineup.

We didn’t have to wait long before entering the venue, (House of Blues is always very accommodating) and entering, I could feel the energy permeating the air. Hundreds of people, all here, all as a family, to listen to some good music, have a good time, and take a brief moment to forget about the rest of the world for a few hours.

This was my third time seeing Beartooth, the post-hardcore group from Ohio. Most recently, at Self Help Fest, where all of these bands played just four days prior, Beartooth were also the opener. However, I couldn’t think if a more appropriate band to get the crowd off their feet. Beartooth is gaining a following, and their sexy orange amps are an iconic addition to this high-octane set of dudes. We even witnessed guitarist Kam Bradbury leap into the crowd with his guitar, maintaining the breakdown and never missing a beat.
I’m very excited to see where these guys go next.

After what felt like a very brief interlude, the sweet Aussie boys, Hands Like Houses, took the stage. I think I was most highly anticipating their set, after a phenomenal performance at Self Help, and I was not disappointed. These guys are an interesting fit into the lineup, as they’re breaking genre boundaries and promoting the idea of diversity in the music scene. Dressed in beautiful patterned button downs, the electronic elements were only surpassed by the talent that we’ve come to love. With their songs “No Parallels” and “Lion Skin”, they serenaded the audience with beautiful ballads and echoes. These dudes are hitting multiple tours over the coming months, so check them out if you have the opportunity.

Following Hands Like Houses, A Skylit Drive took the stage before an excited crowd. Jag’s fiery red hair was a beacon of intensity. They kicked off their set, and the crowd erupted in unison. A Skylit Drive have been gaining footing since 2008, and they are reaching the pinnacle of their career. We’re very excited to catch up with them again at Warped Tour in the coming months. Playing Wires…and a Concept of Breathing from their first studio album, we identified those who have been keeping an eye on A Skylit Drive from the beginning. A surprising amount of fans were able to recite the words, with enthusiasm and passion. A Skylit Drive always express their appreciation for their fans, and we even caught up with them after the show. Not letting the fame get to their heads, they remain down to earth and ready to rock.

The Word Alive took the stage in the presence of hundreds of screaming voices. Relatively new to the scene as a band, they are taking the world by storm. I’m very impressed with Telle Smith, former member of acclaimed post-hardcore and metalcore bands Greeley Estates and In Fear an Faith. His musical talent ranges from bass to guitar to a beautiful vocal range, and he doesn’t let any adversity stand in his way of having a good time. They finished off their set with the title track Life Cycles. After announcing their upcoming summer release, Telle proceeded to backflip on stage, and leap into the crowd with his microphone. These high energy dudes are swiftly climbing the ladder to success, so catch them soon before they sell out arenas!

With the very recent release of their album Unconditional, Memphis May Fire are so metaphorically on fire that I’m genuinely concerned they are going to combust. The opened their set with red lights signaling their entry, and for a brief moment we were taken to another place and time. Memphis May Fire played songs from all four studio released albums, including the throwback “You’re Lucky it’s not 1692”, the southern twang of these boys from Texas became evident. Representing positive messages and self-motivation, they stand for hope and believing in yourself. Concluding their set with two encore songs, they played “Legacy”. This song will always hold a special place in my heart, with the line, “Lift up your eyes, discouraged one. When you feel like giving up, when they say it can’t be done, it’s up to you to show them they’re wrong.” Memphis May Fire are now promoting their new album with this tour, and I couldn’t imagine a better group of performers to do so.
After seeing all these bands twice in the past week, it’s fair to say the post hardcore scene is still alive and well. And hopefully we’ll see the majority of them at Warped Tour!