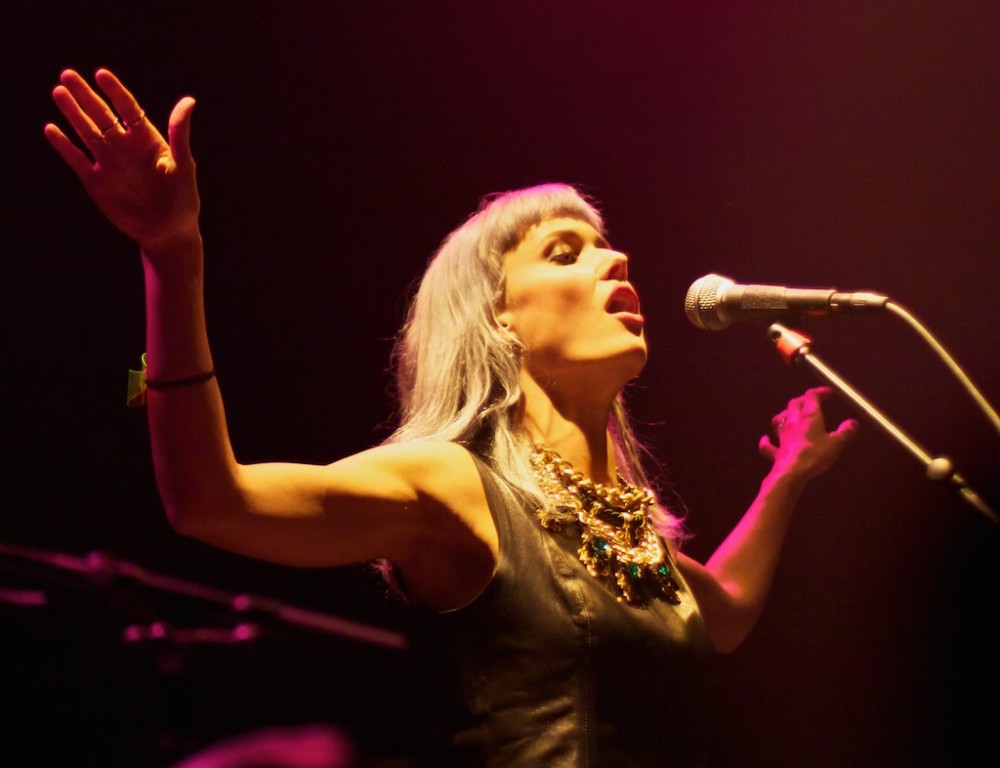 The day before I saw Oh Land at Venue, I’d read a small review about her writing style. She called her approach to songwriting “multi-sensory”, which seemed odd to me, but I’m not a songwriter so I accepted it. However, I was determined to understand what that meant on Thursday night.

Nanna Øland Fabricius, better known as Oh Land, hit the Vancouver scene and brought her blend of pop/electronic music to the city. The small Venue nightclub was surprisingly sparse when we first arrived, but it was still early so we didn’t think much of it. The evening began with the night’s opener, Sun Rai. Outfitted with a keyboard and stage lights, this solo act played a handful of super-catchy tunes for the crowd. He was a great warm up for Oh Land.

When the lights went down and the house music faded, the still sparse crowd cheered as Oh Land and her very sparkly hat made their way onto the stage. To be honest, the show started off a bit slower for me. The last time she was in town was as an opener for Sia in 2011 and I remember that show being very energetic and it was completely contagious. The night’s first song “Cherry on Top” saw Oh Land sitting at a keyboard while serenading us with a gentle piece. However, once the sparkly hat came off for her latest release’s “Bird in an Aeroplane”, everything changed.

If you’ve never heard of Oh Land, you’re missing out. Her big, booming voice carries a tune with razor-sharp clarity and could fill a room 10 times the size of Venue. She played an array of songs from 2011’s self-titled Oh Land, including the eerie “Wolf & I”, “Son of a Gun”, “White Nights”, and “Rainbow”. However, most of her songs from her latest Wishbone carried us all late into the night. “My Boxer”, “Green Card”, “Sleepy Town”, and just about every other song from that album was heard that night (minus 3). And with every song she played, her energy ramped up the crowd. She’s a fiery performer with a stage presence that I expect most artists strive for. And while I assume her “multi-sensory” writing approach lends itself more to her lyrics, I completely understood it as part of her live performance. Listening to her voice you can almost feel it penetrate your entire core, while watching her frenetic movements cross from one end of the stage to the other; it’s mesmerizing. You get pulled in to a performance and feel a bit like you’re somewhere bigger. It’s more of an experience than it is simply attending a concert, and despite my initial disappointment of the opening song’s tameness, I was soon proven wrong about what to expect for the rest of the evening.

I would have to say that the best part of the night – and the joy of being at a place as small as Venue – was that Oh Land met with excited fans after the show. She’s as personable and genuine as she is on stage and is an enigmatic spirit that I know will only continue to enjoy fame with her incredible talent.