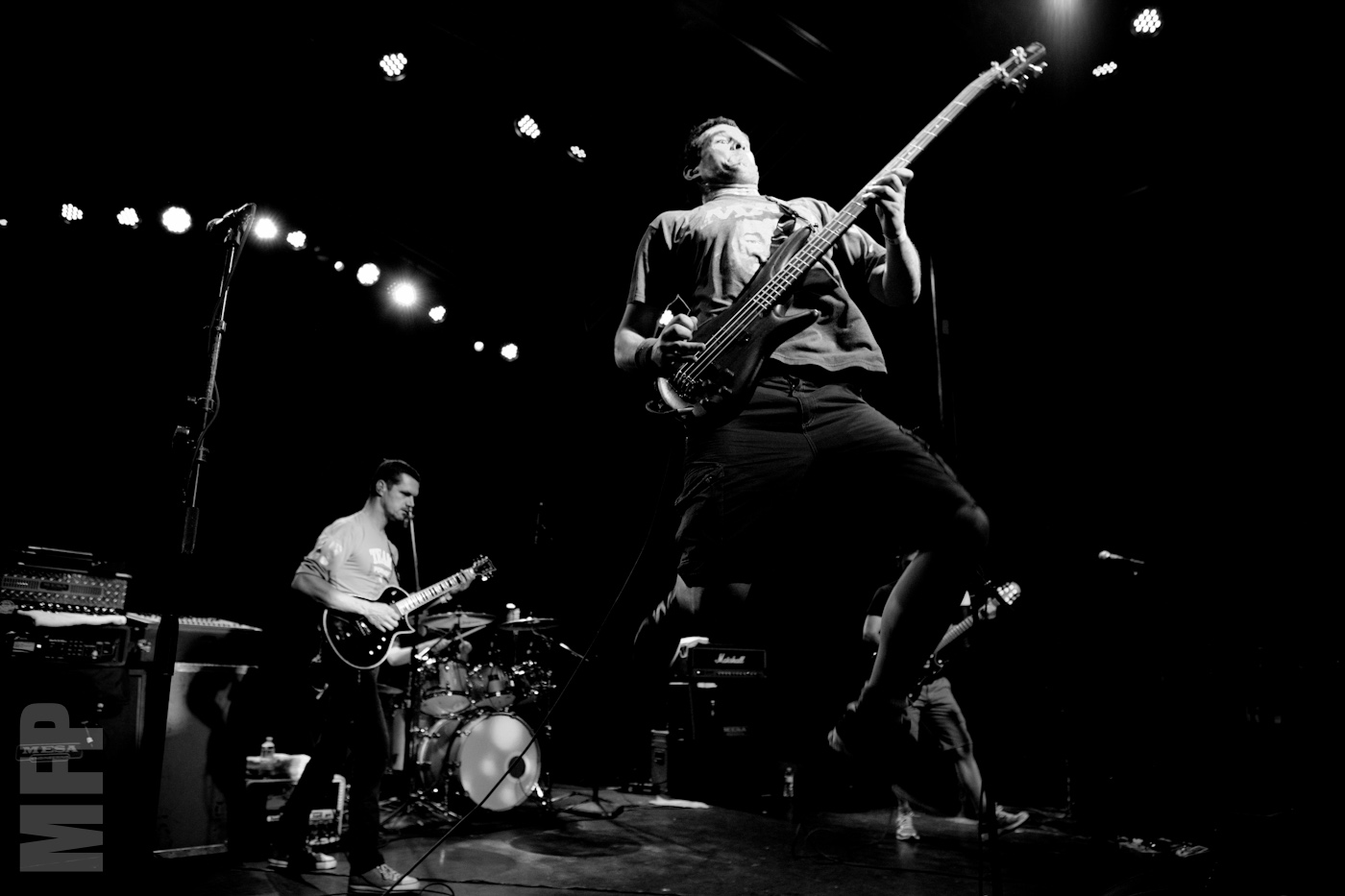 There’s nothing like seeing a progressive, pro-feminist, vegan band in Orange County, the last place you’d expect Propagandhi to play. Yet, there I was seeing one of my favorite bands right in my backyard.

First up was Toys That Kill, whose music I wasn’t that familiar with before the show. It’s a brooding yet energetic mix of bi-coastal punk influences. They played to a less than half full room, something I don’t hold against them as much as Orange County crowds tend to show up late. They also like to spend excessive amounts of money on booze and hang out on smoking patios during opening bands. I enjoyed the hell out if this band and will be checking out more of their music. On a side note I didn’t know this until I heard them play “They Tied Up All Our Lace”, but it’s the intro song for the podcast Anxious and Angry. The host of that podcast is Ryan Young from Off With Their Heads. So check out Toys That Kill, Anxious and Angry and Off With Their Heads.

Up next came Avengers, not to be confused with the superhero team or as Spotify would have you believe a strange Prog Rock influenced band. While they’ve aged, they still brought energy to their brand of ’77 punk. Yet again the crowd decided their time was better spent with overpriced alcohol. Well it’s their loss as they missed a legendary San Francisco band.

After Avengers finished the venue filled up to almost capacity with latecomers and patio dwellers. The air was filled with a relaxed excitement, that can only be explained by it being a holiday weekend. The lights dropped down and something happened that I’ve never experienced before, I was the only photographer in the photo pit. It was nice to have an up close and personal, at least it felt that way, 3 song set with the almighty Propagandhi. They started off with “Coach’s Corner” followed by “Fuck the Border”. Their energy never died down, especially if you kept your eyes on bassist Todd Kowalski, who has a great habit of pumping his fist with enthusiasm for each song and moving around like a mad man on speed. Of course no Propagandhi show would be complete without the intentionally awkward stage banter between lead singer Chris Hannah and drummer Jord Samolesky. The content of which was mainly about what song to play next.

The show was a blast overall and I highly recommend you catch Propagandhi next time they play near you. Plus they’re Canadian, so support one of the best punk bands to ever come from that polite country a good portion of you call home.