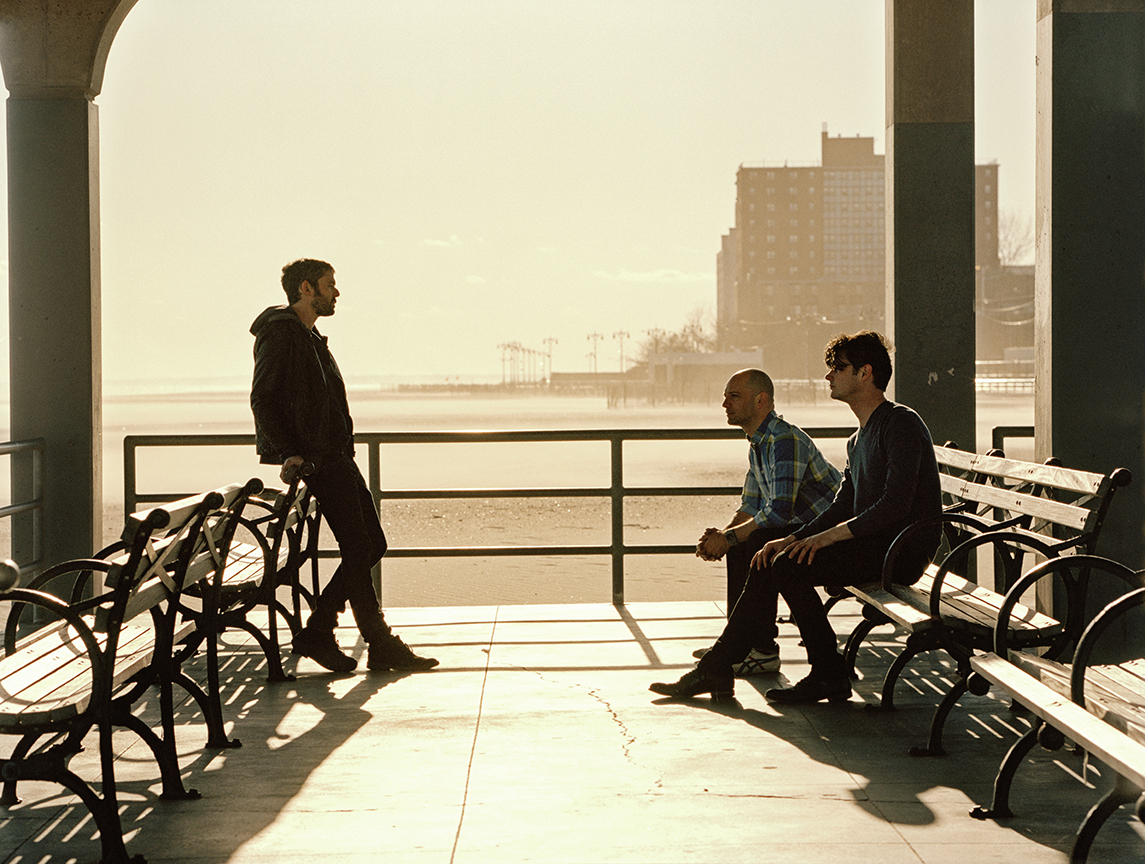 The Antlers, supporting their recently released, full-length LP Familiars, set up shop at Granville’s Venue Nightclub to a mellow crowd on Tuesday night. Well, not mellow, but lacking motion. Most in attendance were caught swaying slowly from side to side to Peter Silberman’s high-pitched, ethereal vocals. Die-hard fans were made obvious by their trance-like concentration on the stage. A moody stage lit with soft blues and pinks. After each song, a chorus of cheers broke up our collective daze for a few moments. No music. No words. Just praise.

Silberman stood center stage. His slow gyrations timed with the band’s signature soundscapes. His hips waving side to side with the crowd. Without any breaks for banter between songs, this was the only sort of stage presence available. A very minimal approach to the art of performance. Instead, The Antlers relied on Silberman’s crisp singing voice to lull the crowd into submission. Though, even with the feeling of being pushed underwater by sound and the frontman’s haunting vocals, the set became stale after a certain point. A lack of variance in tone, both musically and physically (Silberman’s sways), gave the impression that The Antlers came to Vancouver to play one incredibly long song. It didn’t help either that Silberman didn’t address the crowd until the very end: “Thanks so much, Vancouver.” It was nice, but boring at points.

2009’s Hospice is the band’s most recognizable album. The record is emotional, to say the least. Dealing with hope in the face of hopelessness. A struggle faced by many, but handled differently by all. Some use(d) this album to cope with their struggle(s) (whatever they may be), and it was made obvious by a few in attendance. Their meditative gaze focused on Silberman as he sang the song’s that saved them. Notably, a young man in the first row with his hands clasped together and staring up at Silberman like a man to a preacher, a boy to his hero. The Antlers may not be selling out arena rock tours, but emotional weight is what keeps their fans coming back.

Seeing this sort of power between a band and its audience was captivating. Although I found the set bland at times, seeing the dynamic between Silberman and his disciples was enough to convince me that this band doesn’t need stage presence. They only need to play. Since Hospice, The Antlers have continued to expand on their sound by adding instruments (trumpet) and complexity to their songs (listen to Undersea for a better idea) to evolve time and again. Now, all that’s left is to grow as performers and this band could make the step to the next level.