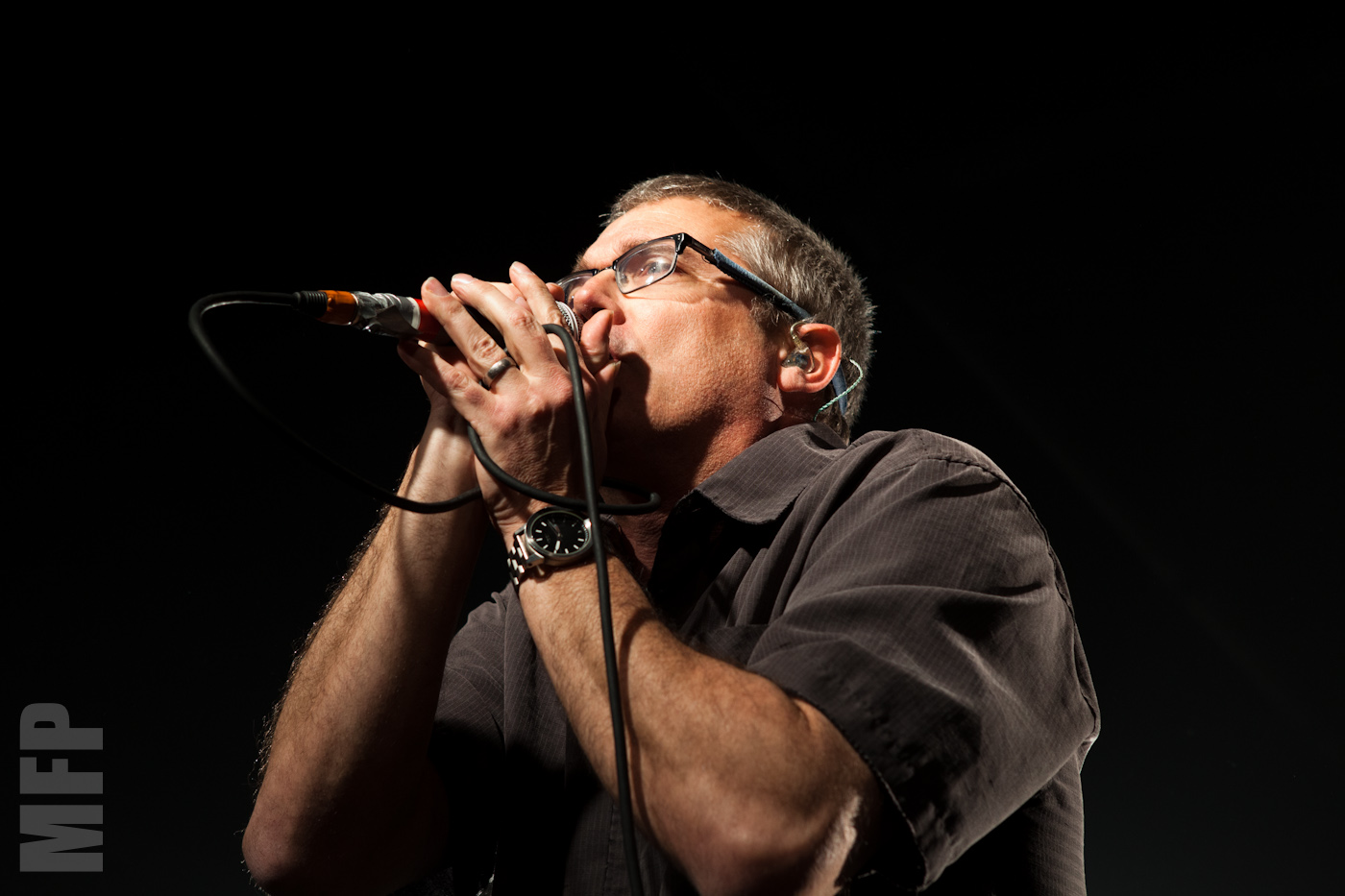 The air in the convention hall was filled with what sounded like a swarm of hornets, pissed and ready to attack. The sound was tattoo guns injecting ink into people. The sounds coming from the music hall were that of Punk stalwarts The Vandals and the one and only Descendents.

I entered the venue just in time to get in the photo pit to catch The Vandals, who brought the energy as usual. The always animated Warren Fitzgerald came hopping on stage, like some kind of freaky, mutant half bunny, half man creature. He landed the final hop next to his guitar and they launched right into “Anarchy Burger (Hold the Government)”, which they fought through. What I mean by this is that the PA in the venue wasn’t playing Warren’s guitar, but up on stage all you can hear is the monitor sound. They later rectified the matter by closing the set with the song again. In between the two renditions of “Anarchy Burger” was a solid set of songs ranging from the early days, “The Legend of Pat Brown” and “Pirate’s Life”, to newer favorites such as “My Grilfriend’s Dead”, “I’ve Got and Ape Drape” and their covers of “Supercalifragilisticexpialidocious” from Mary Poppins and “Don’t Stop Me Now” by Queen. They even brought a little Christmas to March and played “Oi To The World”. Warren kept insisting it was St. Patrick’s Day, because he’s ‘Irish and everyday is St. Patrick’s Day.’ Technical issues and an obvious love of beer aside, this was yet another great set from The Vandals.

And then the Descendents took the stage with nothing more then a simple wave and fast, loud guitars. The crowd ate up every note, the circle pit didn’t let up for a single moment. They tore through classics like “I Wanna Be a Bear”, “Kabuki Girl”, “Suburban Home” and “I’m Not a Loser”. Which fit alongside their newer material like “Rotting Out”, “Everything Sux” and “Nothing With You”.
The bespectacled frontman, Milo Aukerman, stalked around the stage, switching between a pissed off sneer and a maniacal smile. His energy was on par with that of a man half his age, I guess being a scientist keeps a person young. Yes, you read that right, the singer of the Descendents is a scientist with a PhD in biochemistry. Some people pay out their nose for therapy, but Mr. Aukerman gets paid to work his issues out on stage. A Descendents’ show wouldn’t be complete without a reading of their tenements, “ALL-o-Gistics”, which includes such statements as “Thou shalt covet thy neighbor’s food/…/Thou shalt always go for greatness/…/Thou shalt not suppress flatulence”. However the most important one is “Thou shalt not partake in decaf”, because if there is one thing that should be know about this band, it’s their legendary love of coffee.

The show was a good overall. The only glaring problems were the aforementioned sound issues during The Vandals set and the overall sound throughout the shows, but what do should I expect when a punk show is held in a concrete and metal warehouse?