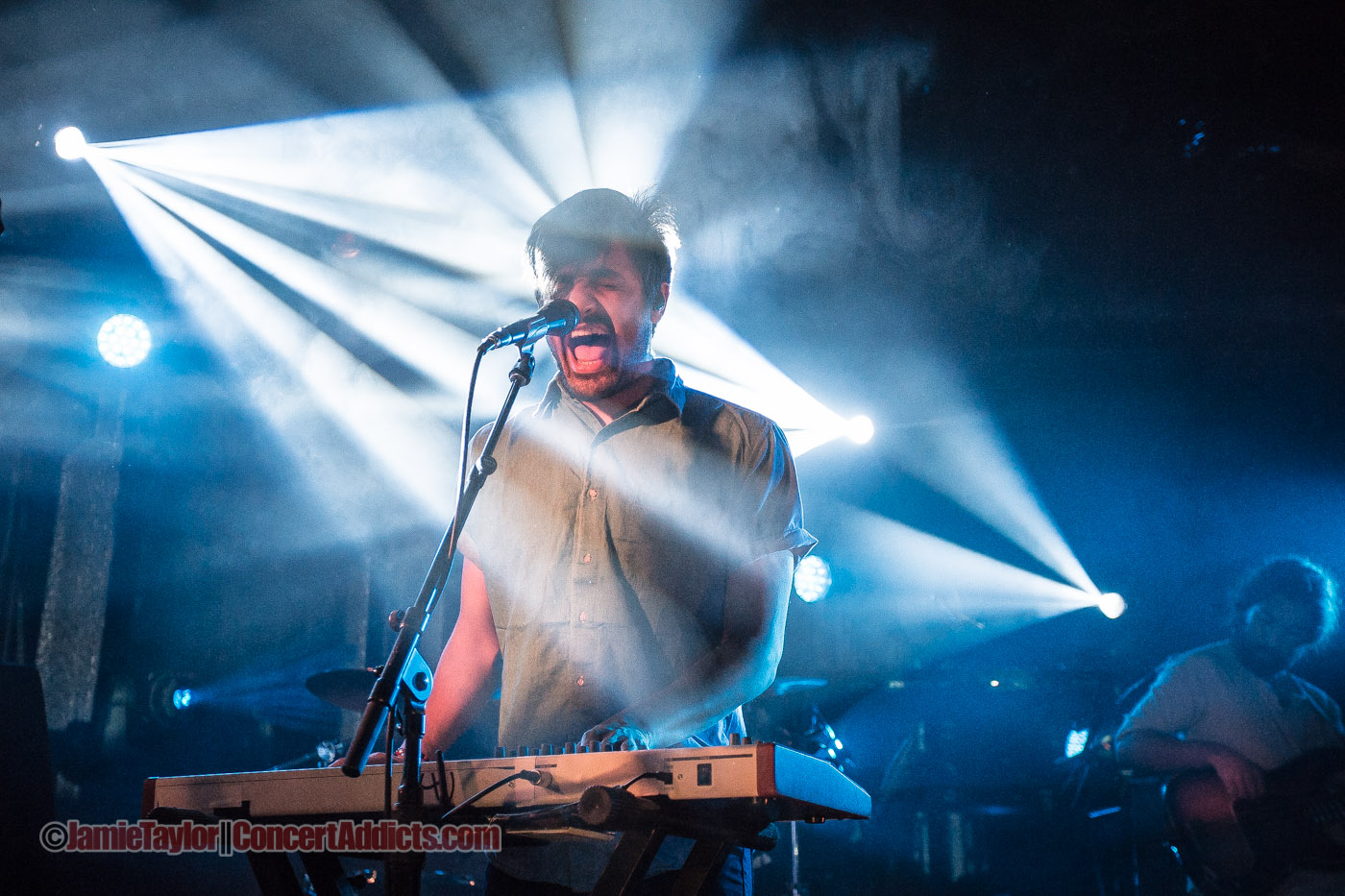 I was lucky enough to catch Young The Giant and Vance Joy perform at the Commodore Ballroom last night. The entire house was in great spirits, and both bands put on stellar performances.

First up to the stage was the Australian born singer-songwriter James Keogh, a.k.a. the wonderful Vance Joy. It was a quick hello and then straight into the set, this man does not mess around.

The entire band was solid. They played so effortlessly, and they looked so happy. It seems like a weird thing to point out, but they honestly had sincere smiles strewn across their faces through the entire set. It was contagious.

Their set was short and sweet but left me satisfied none the less. The performance of their single Riptide, and their cover of The Master’s Apprentices It’s Because I Love You, were definite highlights. Both were rich with emotion, and swept the venue up in good old sing alongs. I had heard great things about this band, and all of them were confirmed during last nights display.

Their was only a minimal wait time between the Autralian swooner and the American indie rockers known as Young The Giant.

The lights dropped, and the stage exploded with intense, colored lights.

Much like the opener, their was little time for pleasantries. The band attacked their set with instant ferocity. They started the night with Slow Dive, switching into Anagram and then flowing straight into It’s About Time. Those happen to be the first three songs, in that order, from their latest album, Mind Over Matter. This served as a lovely slap in the face to wake us up. It also ensured they covered the new material which they were touring to support.

The band stormed aggressively through the set. The energy in the room kept building song after song. It never felt like their was a lull or a moment in which it calmed down. It was a frenzied display.

I am always blown away by the intensity with which lead singer Sameer Gadhia is able to perform. He steps on that stage and becomes feral, working feverishly between his keyboard, and dual microphones. Its impressive to say the least.

The rest of the band are by no means left to the way side. They each bring their own signature stage style, and altogether it makes for a well balanced musical meal.

The fivesome capped off the night with Mind Over Matter and My Body. Making for a delightful explosive finish to the show.

The audience cheered, then the stage lights dimmed and the band left the stage.

We had all just witnessed something special.

It was a true rock show.

I want to put this as bluntly as I can, I fucking love Young The Giant. Not in some fanboy, their-songs-tickles-my-soul kind of way, but in the god-damn-it-you-just-have-to-respect-the-shit-out-of-them kind of way. They work for it, and love every millisecond of it.

I would like to thank both Young The Giant and Vance Joy for their solid sets, and wish them best of luck for their second show tonight at the Commodore Ballroom – show information