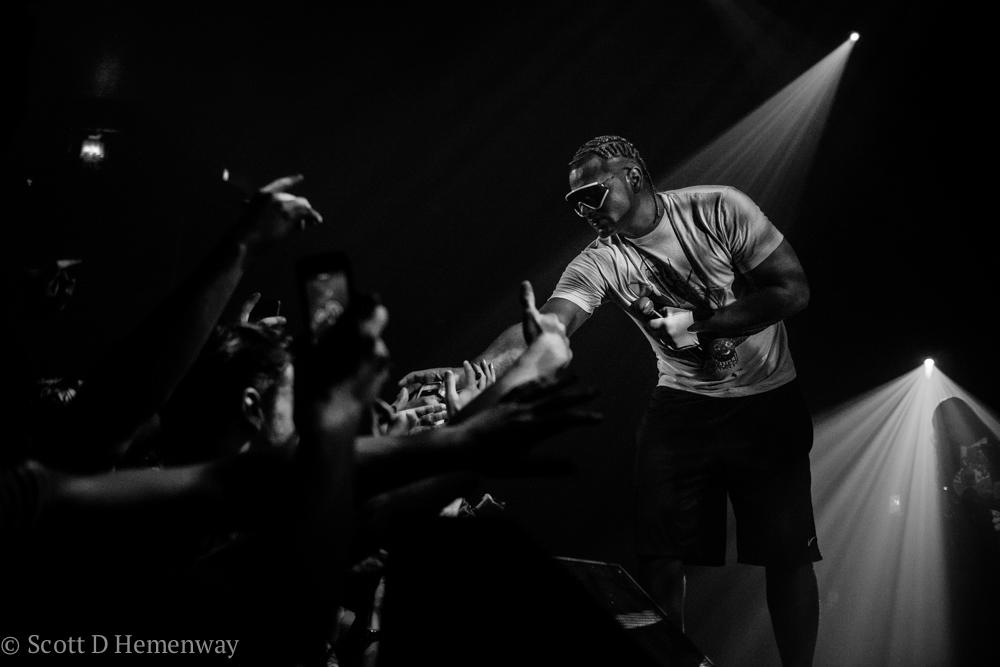 When I got into Venue, it was clear that this was going to be a high energy show. The crowd was wall to wall, and even the upstairs section was filled. Riff Raff is known as the Neon Icon, and his fans adorned neon in abundance.

Local Vancouver DJ, Sailor Gerry, was the man providing music between opening acts. It seemed like there was about 10 opening acts on this night, and they varied from filler to waste of time. I know for a fact I was not the only person who felt this way. It seemed as though every time a new act came on, there first song or two was nearly inaudible due to “RIFF! RAFF!” chants. However, when each set ended, Sailor Gerry got back behind the decks, and the crowd was more than ok with this. For me, Sailor Gerry saved the evening for me.

After what felt like the 15th opening act was done, it was finally time for Riff Raff to take the stage. Once I saw Riff Raff take the stage, I thought to myself “Is he on the Carrot Top diet/workout regimen?” Dude is jacked now. Looked like he was going to bust out of his shirt the entire night. As I mentioned, Riff Raff is more of a performance artist, so this was all a factor in the evening. During the track “Instagram”, Riff Raff took some time to take a quick selfie for instagram. He also brought out large prints of Miley Cyrus and Tiffani Amber Thiessen. It was a party on stage, and that was the case in the crowd too.