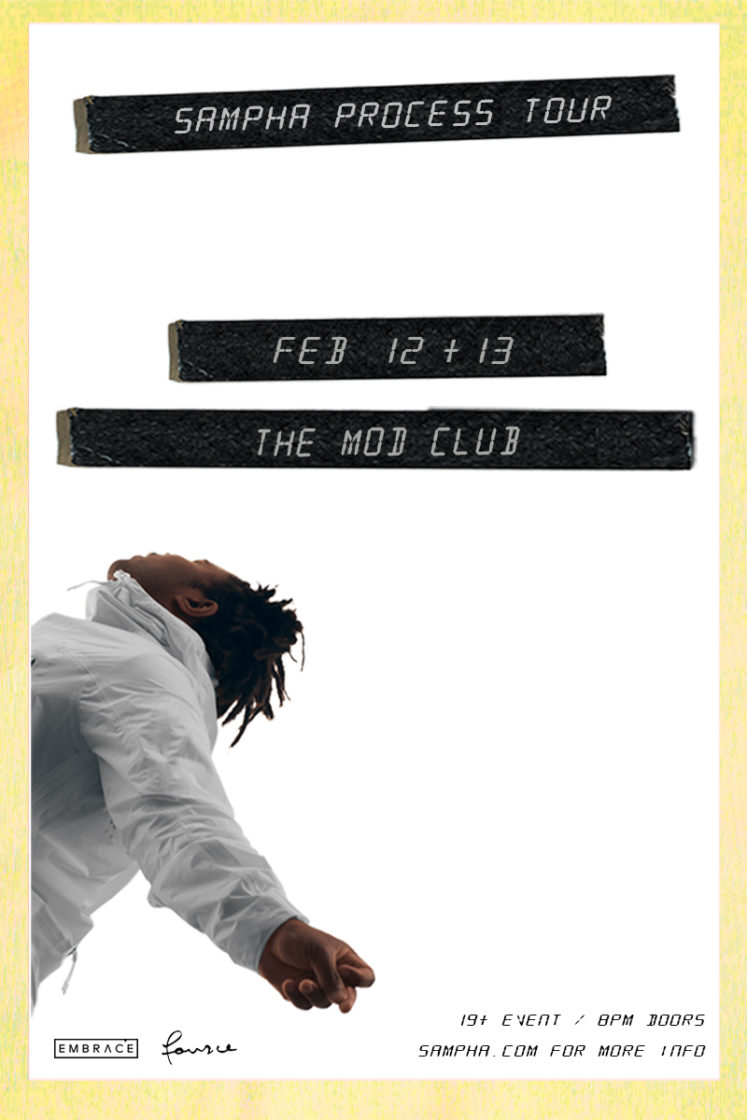 British singer and pianist, Sampha, took over the Mod Club for a two-night run this past week, bringing silky smooth vocals and punchy instrumental accompaniment to the veteran Toronto venue.

Sampha — best known for his work with Drake, SBTRKT, and Kanye West — is currently on tour for his freshly released debut album, Process. With a litany of big-time feature credits under his belt, it was no surprise to see a second show added — and subsequently sold out — at the significantly sized concert hall.

Playing through the entirety of Process, Sampha’s vocals were strong and album-accurate. His airy tone and falsetto-heavy style may not be to everyone’s taste but do well when accompanied by complimentary, low-end instrumentals: this is the area in which the show excelled.

A trio of talented musicians helped round out Sampha’s vocals in a way not heard on the album. With some of the support on Process feeling a bit flat, the backing band offered a more dynamic and organic spectrum of sound. The most notable element of the accompaniment was his emphatic drummer, who championed the playfulness and energy of the evening.

Highlights of the night included “Blood On Me” and “Kora Sings”, as well as a very passionate and solemn “(No One Knows Me) Like The Piano”. The finale/encore consisted of an overwhelmingly fun percussion routine from all members of the group while performing “Without”, followed up by “Indecision”: an amazing effort by Sampha and his comrades.