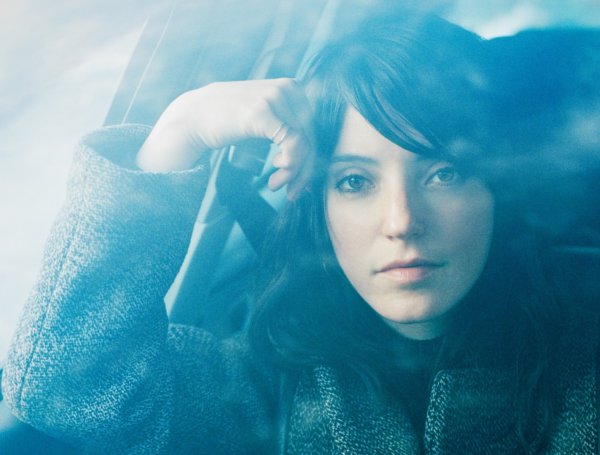 As a mostly grey and drizzly day faded into a concert going night, this Vancouverite found herself comforted by that familiar feeling of home and ventured out into the rainy, unfamiliar Toronto streets to find her way to what would be her first indoor Toronto show.

When I mentioned my excitement of going to see Sharon Van Etten play, the few people I know in Toronto gave me mostly blank stares in return. So, while I have probably spent the better part of the week encouraging my new colleagues to check out Sharon Van Etten, I really wasn’t sure what to expect in terms of size of the venue nor popularity of her music in Toronto.

Unfortunately sometimes navigating new cities is not so easy. Thinking I had arrived, I soon realized that Google Maps brought me to The Opera House that is currently used for Operas in Toronto and not the concert venue by the same name. I desperately wanted to see Tiny Ruins play their opening set so I jumped in a cab to expedite the process of getting to the right location. The cab driver informed me that, as the name suggests, The Opera House was Toronto’s original Opera House, back in the day. He told me that the thick walls make it ideal for concerts.

Finally, I found myself on “Queen Street East,” populated with a random mix of bars, trendy shops and a sprinkling of fast food restaurants, including of course, a PizzaPizza- they are everywhere in this city!

Thankfully, I managed to arrive just as Tiny Ruins were starting their set. I was in instant agreement with the cab driver- The Opera House is a brilliant acoustic space. It highlighted and luminously showcased the sounds of Tiny Ruins and Sharon Van Etten. The elegant stage also helped create the perfect ambience for these indie folk rock artists. For my Vancouver readers, the best way I can describe The Opera House is as a hybrid of the Rickshaw, Vogue and Orpheum Theatres. In other words, perfect.

I was pleasantly surprised to see a full house for Tiny Ruins. Tiny Ruins is a trio consisting of Hollie Fullbrook (vocals, guitar), Cass Basil (bass), and Alexander Freer (drums). They are an indie folk band from one of my favourite countries- New Zealand. Having lived with and befriended many kiwis over the years, I have a soft spot for most things of kiwi origin – coffee, wine, people, hobbits, all blacks and of course, their music scene. Tiny Ruins started out as a moniker for Hollie Fullbrook but has since grown into a trio. The trio was an absolute delight to see on stage. Their melodies, beauty and the originality they bring to folk music is something to be admired. It was abundantly clearly that my fellow concert goers were in agreement- the crowd was captivated by their performance, chatter was minimal and the cheers, clapping and hollering at the end of their set was reminiscent more of a headliner than an opening act. I have no doubt that it will not be long before they are the headliner. I am so grateful for the opportunity to see them play and equally thrilled that I got my hands on their latest album, Brightly Painted One. I cannot wait to make a big mug of tea and be reimbursed in the beauty of their sound as it spins on vinyl.

After a fairly quick set change, Sharon Van Etten & her extremely talented band mates took to the stage. The last time I had the opportunity to see Sharon play was a few years ago in a Vancouver record shop, Zulu. There she played 4 or 5 songs solo with her acoustic guitar. Sharon’s voice and song writing are mesmerizing. Knowing nothing about her, at first introduction to her I was quickly drawn in to her sound, captivating stage presence and sense of humour. Now, with the compliments of a full band, she showcases and gives us a more full sound with the supplement of keys, drums, bass, as well as additional guitar and vocals. Sharon Van Etten is an absolute delight to experience. She is warm, engaging, and funny in her audience interactions. There has a certain charm and a playful honesty with which she presents herself, something relatable that draws you in and keeps you smiling throughout the set. From start to finish, the set was well paced, with a nice blend of newer and older songs, up tempo and slower material. Always a sign of a good set is very few cell phones open, no one around me checking the time (including myself) and a mild sense of shock when it is announced that the set is over.

Sharon, if you are reading this, I would definitely buy a “Break Me” mug and I am a huge fan of inventive merchandise. Maybe some pillowcases? Cell phone cases with album art? Either way, hurry back to Toronto soon, with new merch or no merch at all. It was a delight to see you play and I can’t wait for the chance to do see you again.