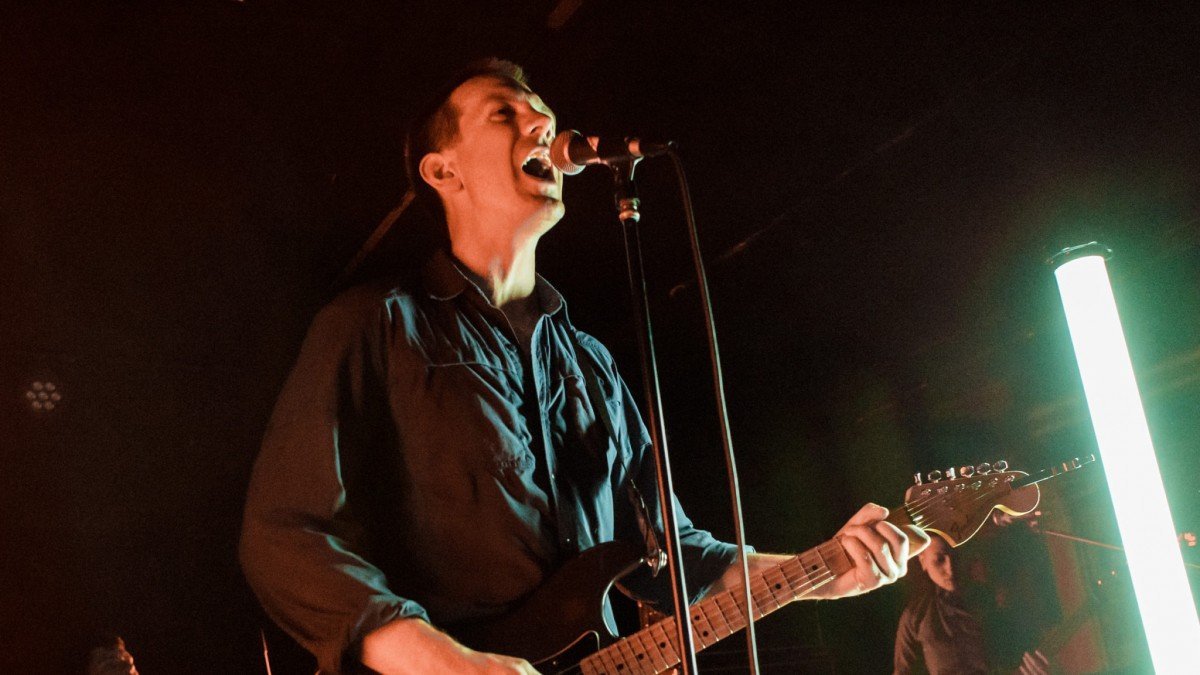 Austin, TX-based Shearwater released their ninth album, Jet Plane and Oxbow, on Sub Pop late last month. The band took a different direction with it than they have in the past, relying heavily on early 80s synthesizer technology to build its unique sound. Yet the album is far from a throw-back – fans of the band will find plenty that they recognize in it, and it sounds like an evolution and a refinement rather than a reinvention. To celebrate the release of the album, the band played several release shows – two in their home state of Texas, and one on Saturday at the Mercury Lounge in New York City.

The stage started dark, with band leader Jonathan Meiburg’s face illuminated only by a single LCD light on a glove that he wore on his right hand, the synthesized strains of album-opener “Prime” setting the mood for the show as it does for the record. Despite the new instrumentation, the song retains the dynamic sound that the band has become known for, building from a simple single instrumental line to a burst of energy by mid-song. This was followed by “Filaments,” possibly the most upbeat, rocking song in the Shearwater catalog (with a bass line that hearkens back to Talking Heads’ classic “Crosseyed and Painless”).

Aside from Meiburg, the line-up of the band is ever-shifting, and this show served to introduce a mostly new touring band – the only returning member being guitarist Lucas Oswald. Joining them were Sadie Powers on bass, Josh Halpern on drums, and Emily Lee on keyboards. Meiburg stood at the center, looking more confident on the stage than ever.

Fitting for an album release show, the eleven-song setlist drew mostly from the new record, with only two older tracks – “Rooks” from the band’s 2008 album Rook (in a heavier, rockier arrangement), and “You As You Were” from 2012’s “Animal Joy” making an appearance. The band closed the show with cover of David Bowie’s “Look Back In Anger,” with Meiburg noting that they had worked on covering the entire Lodger album, but that they only had time for that one song.

Unfortunately, the show was cut short by another late show scheduled at the venue afterward. Meiburg promised that the band would return soon with a significantly longer show and more surprises. The band is off in Europe now, but they will be returning for a full North American tour through the month of March.