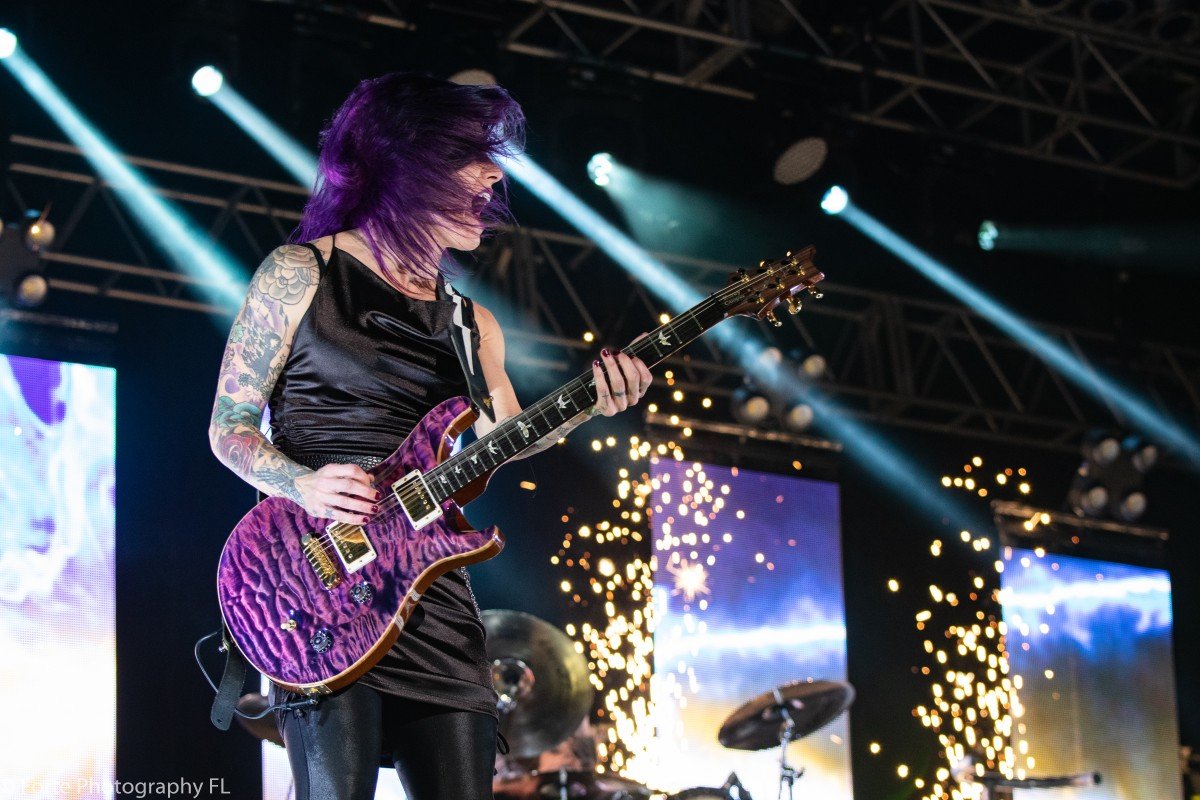 Monster sound, killer lights and singalong anthems all combined Tuesday for an unforgettable night on the Victorious tour with Skillet.

The band’s reputation for theatrical performances lived up to the hype, with guitarists elevated above stage, frontman John Cooper spraying the crowd with Co2 cannons and pyrotechnics.

The crowd at Plant City’s Strawberry Festival jumped to their feet as the chunky riffs of Feel Invincible opened the set, and whooped at the unmistakable opening violins of the following Not Gonna Die. Cooper established a friendly rapport with the crowd from the get-go, commenting on everything from Central Florida’s balmy winter temperatures to the old school T-shirts in the crowd. (The band has released 10 albums since 1996.)

You Ain’t Ready was next up, followed by Whispers in the Dark, which was punctuated by clouds of Co2 from Cooper’s arm cannons. The stop-start rhythms of Legendary chased Whispers in the Dark, followed by the crowd favorite Awake and Alive. Cooper got the crowd going with the opening “ba-ba-ba-bas” of Back from the Dead, before launching into Save Me.

Drummer Jen Ledger’s sweet counterpoint vocals to Cooper’s raspy delivery has been a signature sound since 2009’s Awake. For Hero she stepped down from her kit and took the spotlight, belting out the chorus with gusto.

The challenge for any band with as deep a catalog as Skillet’s is promoting a new album while balancing the crowd favorites. The setlist wobbled back and forth throughout the night, heavy on the newer albums (particularly 2016’s Unleashed). In that tradition, the new slow burner Anchor from Victorious preceded a song going back all the way to 2003, Savior.

The bouncy Undefeated was next on deck, followed by the title track from last year’s Victorious. For the latter, Cooper shared the song was inspired by the suicide of Linkin Park’s Chester Bennington and encouraged anyone struggling with depression or suicidal thoughts to find help.

The energy dropped for an acoustic cover of Be Thou My Vision, with the low-key anthem Stars close behind. The home stretch was packed with fan favorites: Comatose; Awake; and a rousing, head-banging rendition of Rebirthing.

The Resistance capped the show for the encore.