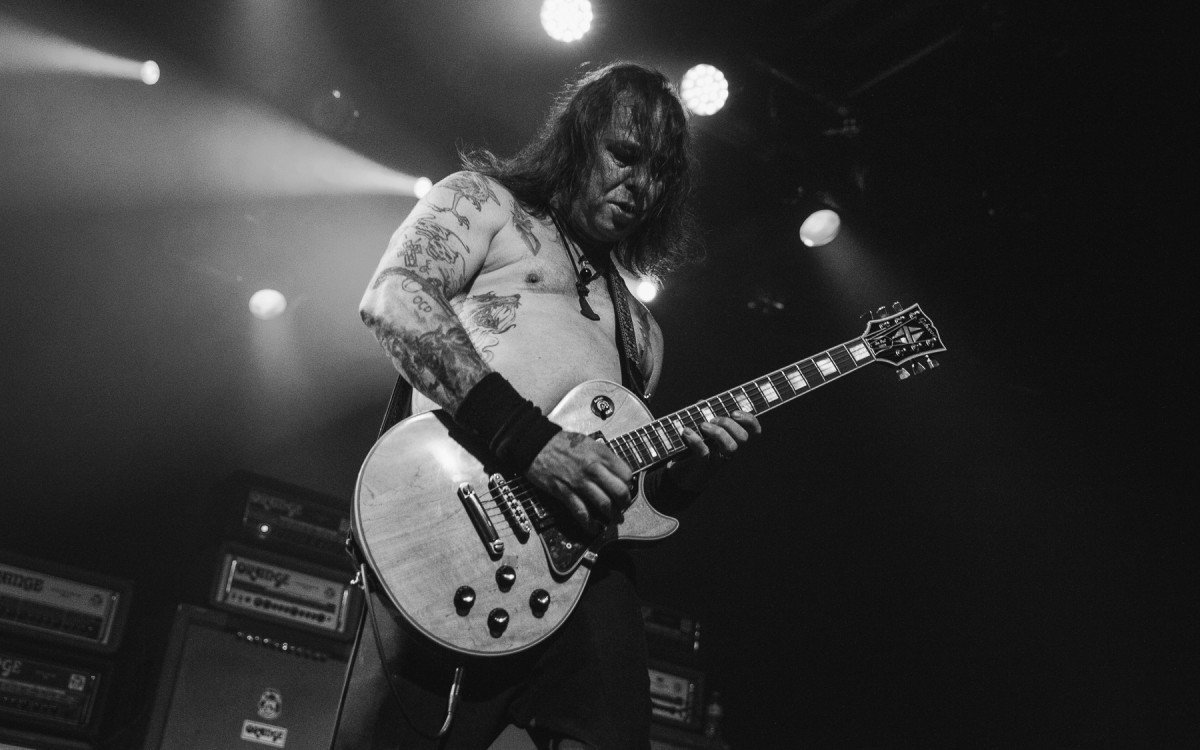 Nineties doom metal legends Sleep are spreading their weed-infused riffs all across Canada and started off right here at the Commodore Ballroom in Vancouver, BC.

The stage was filled with a wall of Orange guitar amps on one side and Ampeg bass cabs on the other, all mic’d up for an armageddon of rumbling sounds. Before the Californians took to the stage, a 15-minute radio transmission of the Moon landing was being played through the PA system of the venue, giving an atmospheric setting as people listened in to the chatter.

As the transmission ended, the lights dimmed and a half naked man known as guitarist Matt Pike appeared with “axe” in hand ready to blow peoples minds and ear drums. He sternly looked across the stage at the other members before giving a nod to blast off with the opening thunderous track ‘Marijuanaut’s Theme’. The riff was enormous in volume, tone and groove, causing the audience to slowly head-bang in pure awe. Vocalist and bassist Al Cisneros occasionally reached out to the microphone to roar out the galactic themed spoken-word lyrics that fused with their grumbling sound.

Drummer Jason Roeder was on fine form, giving his custom built drum kit a hearty workout. The bass was heavy, the guitar fuzzy and the spirit and intensity of the performance razor sharp, cutting through the audience’s eardrums like a knife through warm butter.