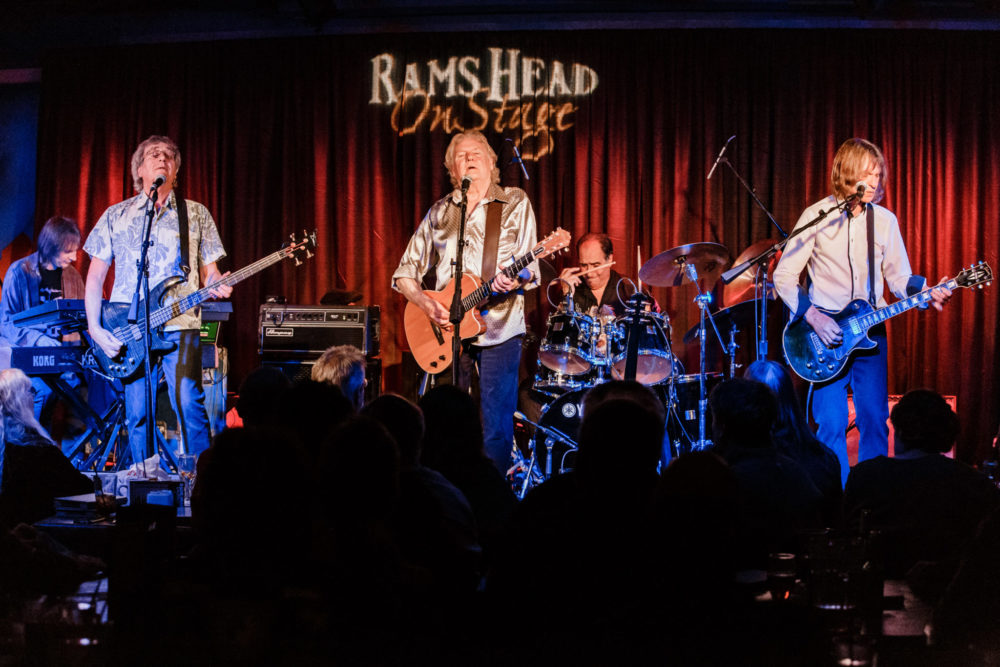 Strawbs released their prog rock masterpiece Hero and Heroine in 1974. Recently named by Rolling Stone as one of the 50 greatest prog rock albums of all time, the album made it into the top 100 in the US at the time and has become a classic of the genre. The band has gone through numerous incarnations and released many great albums in the years since, but it remains at the center of their catalog. In 2011 the band released a re-recorded version of the album, titled Hero and Heroine in Ascensia, following an extensive tour playing it in full. They returned to the US again this year, their first full electric band tour in the US since 2008, to play it again. On Tuesday last week, the band came to Rams Head On Stage in Annapolis, Maryland.

The show was divided into two sets, the first of which was a short overview of the band’s other 70s releases. They opened the show with “Turn Me Round” from 1976’s Deep Cuts, a high energy piece that set the mood for the night – this wasn’t the acoustic trio version of the band that has toured the US more frequently, but a full-on rock production. “New World” from 1972’s Grave New World followed, the album that took the band fully from their earlier folk rock days into their prog heyday. “The Promised Land” from 1975’s Nomadness was a particularly welcome addition to the set, even if singer Dave Cousins’ voice faltered on some of the higher notes. Other highlights of the set included “Ghosts” from their other 1975 album of the same title, and “The River/Down By the Sea” from 1973’s Bursting at the Seams.

The centerpiece of the show, though, was the second set, when the band played Hero and Heroine in full. Along with Cousins, two other members of the band who were in on the recording of the original album are still present, guitarist Dave Lambert and bassist Chas Cronk. The drummer for the show, Tony Fernandez, has been with the band on and off since 1977, and new member Dave Bainbridge (of Celtic prog band Iona) handled the original keyboard parts by departed member John Hawken quite ably. The band played their reworking of the album that they did for the 2011 release, but it still contained all the power and dynamics of the original release.

For several years now, Dave Cousins has promised at the end of the band’s shows that they’d see us all “in another 30 years,” referring to the band’s comeback to playing in the US in the earlier part of the decade after a long time away. If the energy on display in this show was any indicator, they just might live up to the promise.