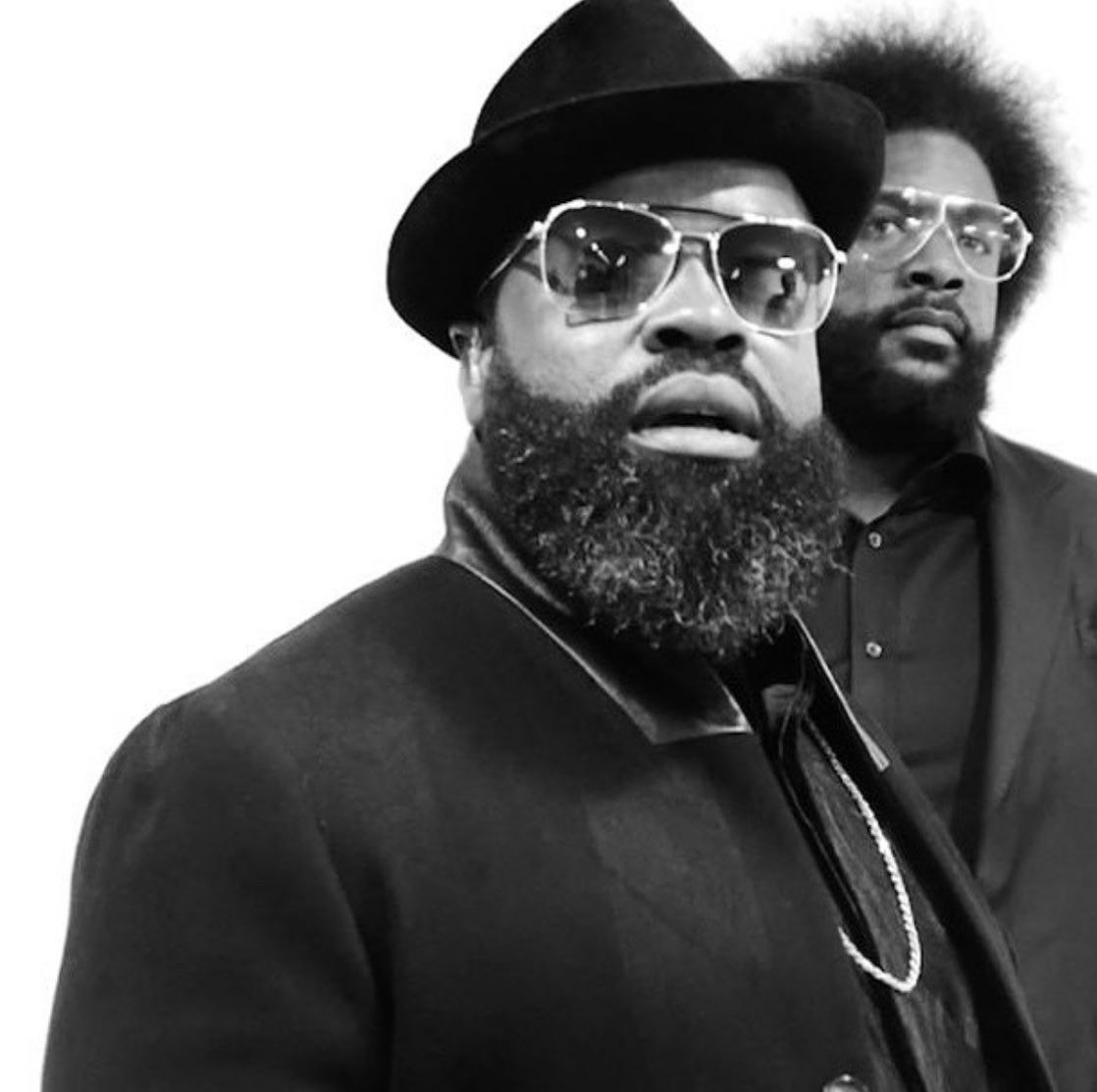 The term “legendary” tends to be thrown around loosely and superficially when speaking about musicians­. But when describing The Roots, no word is more apt. Headlining the Queen Elizabeth Theatre on Friday night, the Philadelphia hip-hop icons took the diverse Jazz Fest audience on a trip they will not soon forget.

The Roots have stood alone in their field throughout their three-decade career thanks to the group’s structure (an MC backed up by a full band, with all the fixings), as well as their constantly evolving styles and themes. The two most recognizable members, Black Thought and Questlove, represent the lyrical engine and musical fuel of the group. Their unmatched prowess in their respective disciplines have lead to some of the most inventive and impactful records in the genre. Admittedly, this creativity has come with its share of flops, but there’s often value in failure if it leads to growth. Add a host of equally-gifted guitarists, pianists, percussionists, and a vibrant sousaphone player, and you’ve got a low-res image of The Roots as a group.

The audience held a diversity of folks from all demographics; a testament to The Roots universal appeal, and their current status as the house band for the Jimmy Fallon Show.

Early on in the performance, Black Thought instructed the crowd to reach back into their memory banks, pulling out tunes for Illadelph Halflife and other classic releases. Fans new and old responded with attention and cheer, keeping pace with the MC’s ceaseless rapping.

A note on energy: no one can match The Roots. Each member of the group shines as if the spotlight were on them, despite the fact that it hardly shines away from the frontman. This might be the result of spending so much time on TV, as bands often drop their guard when they feel the attention is directed elsewhere. For example, the lead guitarist is all smiles and passion in the shadows, the sousaphone player moves with a quickness in opposition to his lumbering instrument, and yet all eyes are locked on Black Thought.

The only notable lull in the evening came in the form of a canned hip-hop medley. The Roots covered soundbites of “Shook Ones”, “C.R.E.A.M.” and many more, but the homage seemed more contrived than I suspect they had hoped.

Each member of the band had a brief moment to showcase their talent, but the lead guitarist stole the show. Crafting a Bobby Mcferrin-esque, scat-meets-guitar-meets-talkbox solo, Kirk dazzled the crowd in an unconventional manner, before noodling his way to centre stage, channeling Prince and Hendrix all in one. It was sensational.

It’s hard to encapsulate all of the talent on the stage. Despite never taking the spotlight for a solo, Questlove’s perpetual percussive grooves were an expression of perfection. His expertise didn’t manifest in the same form as Kirk’s face-melting solo, but shined in its subtlety and nuance. The same could be said about the horns and keys in the band. Each member represented an integral part of an immaculate whole.

I could gush endlessly about The Roots, but I’ll spare you. There’s a reason that the group have lasted this long, and based on Friday’s performance, they’re not leaving anytime soon.