Many progressive metal bands roll through the Rickshaw Theatre, some coming back and playing in the same year, such as Intervals, however, this was a first time for The Contortionist.

Starting off the night with instrumental shredding were the extremely talented Intervals. The Canadian prog metallers started with the gleaming harmonies of ‘Touch and Go‘ from their latest album ‘The Way Forward’. The Rickshaw was almost already at full capacity to see their stellar set and happy style riffs to warm the crowd. Lead guitarist Aaron Marshall greeted the audience with a smile and cracked a joke saying “If you know the words to this next one, sing along”. After several uplifting groovy rhythms later, they closed their set with an older track ‘Epiphany‘ from their 2012 release ‘In Time’ consisting of intricate time signatures and an extremely heavy guitar tone which left crowd with more than enough head bobbing. 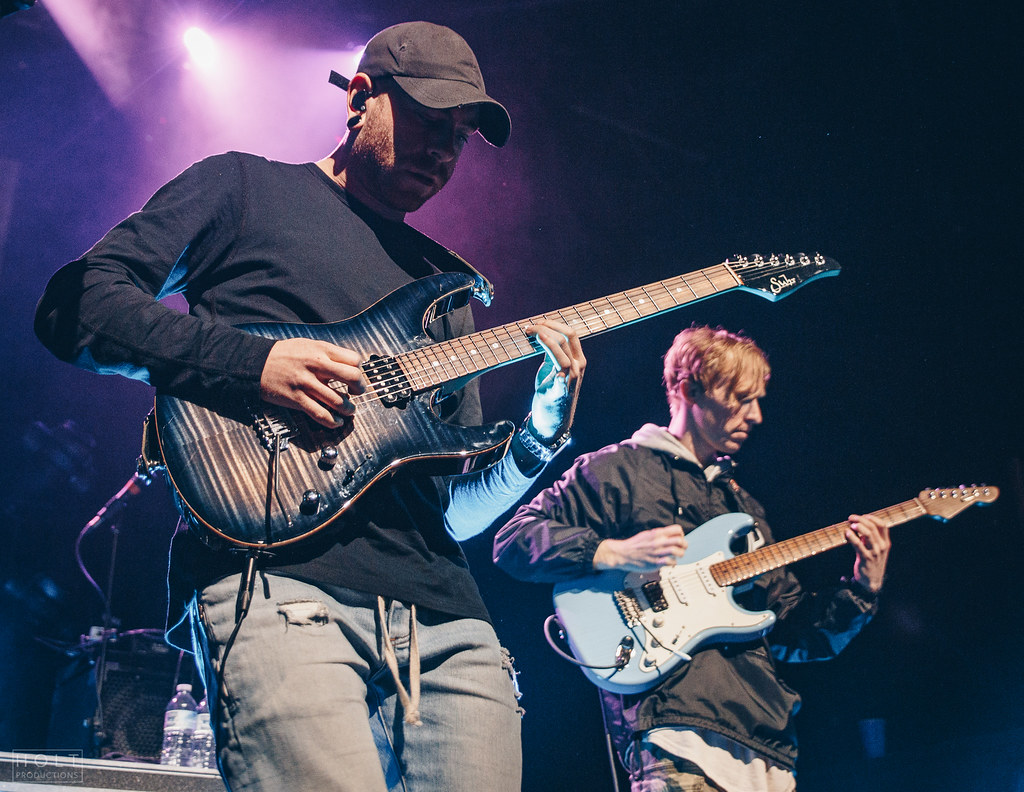 For this particular tour, headliners The Contortionist advertised that they would have “A full production and an intimate second set: over two hours of new, old and reimagined music spanning their entire catalog”. This was very intriguing and definitely set the tone for what would be a special show. Since 2007 they have developed their sound from technical death metal to progressive rock with their latest 2017 full album release ‘Clairvoyant’.

The lights went down at 9:30pm and ‘I Will Always Love You’ by Whitney Houston started playing through the PA. Everyone was laughing and singing their hearts out before The Contortionist finally took to the stage. White high beams shot out from behind guitarists Cameron Maynard and Robby Baca as they started the twinkling notes of ‘Language I: Intuition’ and singer Michael Lessard softly sang into the microphone, swaying across the front of the stage.

After a few of their “softer” songs, it was time to bring it back to the brutality of their first full length 2010 release ‘Exoplanet’, opening with the first track ‘Primal Directive’. Suddenly Michael’s voice became demonic and guttural with a crowd exploding with energy as a mosh pit started. The breakdowns continued with more songs from this album and a personal highlight ‘Flourish’ with its epic guitar solo midway through which was then medleyed into ‘Ebb & Flow’. 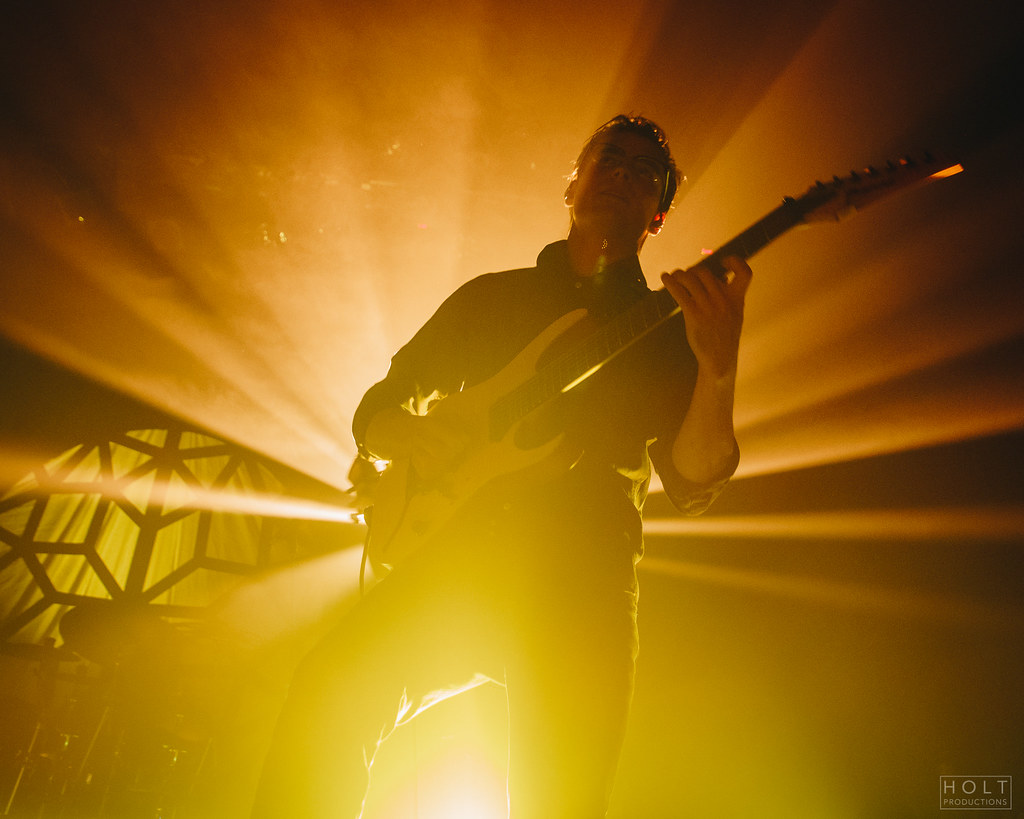 The first hour then came to a close and the audience were given a 15-minute intermission. This was definitely unusual for this type of music and people were very curious as what to expect in the second half. The band members then came back on stage with a slightly different setup, an electric acoustic guitar for Robby Baca and a Cajon box drum for his brother drummer Joey. Right away Michael, sat on a bar stool, spoke to the crowd letting them know they wanted to do something different and break down the stage barrier by being more intimate. This made the Rickshaw feel a tenth of the size, as if The Contortionist were playing in your bedroom. The next 60 minutes were full of stories about meanings of their “softer” songs, a Smashing Pumpkins – 1979 cover and beautiful acoustic renditions of their own songs. The night ended with a full production of the instrumental track ‘Monochrome (Passive)’, leaving the audience immersed in its atmospheric melodies.